It was evident by about midnight on Monday, September 13, that the Left bloc, spearheaded by the Labour Party (Arbeiderpartiet), was comfortably bagging an important victory in Norway’s parliamentary elections. The eight-year-long right-wing government, headed by conservative Prime Minister, Erna Solberg, was finally defeated.

Rødt (The Red Party) – the Marxists – may be considered the biggest winner, however. They not only crossed the 4% minimum vote threshold to enter the parliament, but their tally of seats went from one in the outgoing parliament to eight in the incoming house. 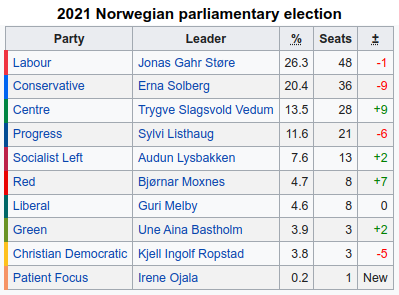 Commenting on the election outcome, left-wing newspaper Klassekampen (Class Struggle) stated: “The Conservatives had run out of ideas. The time was ripe for a change.”

Solberg’s Conservative Party (Høyre) is still Norway’s second largest party, but its vote share declined the most (4.6%) from the previous parliamentary elections. With 20.4% of the vote, Høyre bagged 36 seats (9 less).

The SP – traditionally the party of farmers – emerged as the third-largest party (13.6% votes, 28 seats) in this election and registered its biggest vote surge since the previous parliamentary election (9 more).

While the neo-fascist FrP dropped to fourth position (with 21 seats), SV improved its vote share by 1.5%, winning 7.5% of the vote, or 13 seats. The liberal party – ironically named Left (V) – and Rødt each secured 8 seats while the Greens (MDG) and Christian People’s Party (Krf) did not cross the 4% threshold.

To briefly analyse the election results, Green Left spoke to Toni Usman. Based in Oslo, Usman is a long-time left activist, film-maker and actor.

Green Left (GL): What explains the centre-left victory? Erna Solberg said that no party since World War II has ever won three consecutive elections. Is it incumbency alone?

Toni Usman (TU): There are many factors. First, the left block ahead of elections, presented itself as a credible alternative, which helped mobilize the voters and support base. Secondly, some so-called tax-reforms introduced by the outgoing government of Erna Solberg benefitted the rich but annoyed the workers. Thirdly, the Labour Party offered a radical, pro-people program.

Certain commentators here in Norway claim that the Labour Party is yet again becoming a party of labour.

There was perhaps an incumbency factor, too. However, the left-turn by Labour and an alliance with the Socialist Left gave credibility to left-wing Labour rhetoric. Hence, an overall increase in the left vote.

Notably, this was not the best electoral performance by the Labour Party yet, given its declining popularity in the last ten years, [however,] the outcome is encouraging indeed from Labour’s perspective.

GL: Forty-seven per cent of seats in the next parliament will be occupied by women MPs. What explains this excellent development from a feminist perspective?

TU: The credit goes to the entire Norwegian society. All the political parties, with the exception of FrP, agree on an increase in women’s representation. Ironically, the FrP leader is a woman, but out of 21 FrP MPs, only three are women, [compared to] the Red Party or SV.

Five out of eight Reds while eight out of 13 SV MPs are women. Even in the case of the conservatives (Høyre), 19 of their 36 MPs are women. 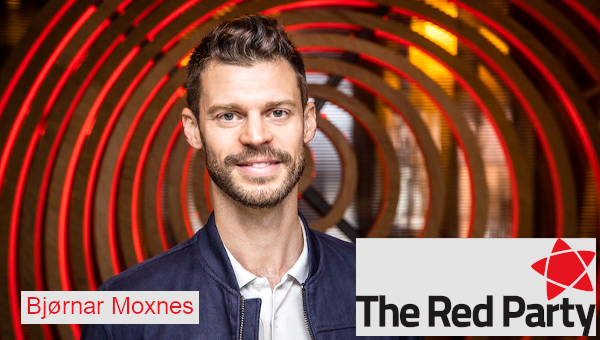 GL: What explains the spectacular success by the Reds?

TU: Formed in 2007, the Red party is a new political project. In the previous parliament, they had only one member – 39-year-old Bjornar Eide Moxnes. He is also the party leader. His personal charisma is also credited for the party’s success. However, Red has a radical program. It wants Norway out of NATO, a classless society and a democratic revolution. Red is also anti-imperialist.

Notably, Red was the only party to hold a public rally, after the Taliban takeover of Afghanistan, to express solidarity with the Afghans.

GL: What explains the FrP’s decline?

TU: This party is good at tall claims and political stunts. It joined the ruling coalition for the first time eight years ago. However, on coming to power, FrP was not able to deliver on any promises made to its voters. Hence, its popularity suffered. Last year, they cleverly resigned from the government in order to pose as an opposition party in this year’s election. However, voters were not impressed.

Also, it seems the anti-immigration rhetoric is not winning them any support anymore. Yet, if the future government fails to bring any meaningful change in the lives of the working-class majority, FrP may stage a dangerous comeback. •

This interview first published on the Green Left website.