The Responsibility of Revolutionary Intellectuals in Building Socialism

What I want to focus upon are revolutionary intellectuals – people who are committed to building socialism for the 21st century. And I have in mind here something quite specific – a particular combination of elements. So, when I speak of socialism for the 21st century, I have in mind a combination of social ownership of the means of production, social production organized by workers and communities, and a society based upon solidarity which is oriented toward producing for communal needs and communal purposes. 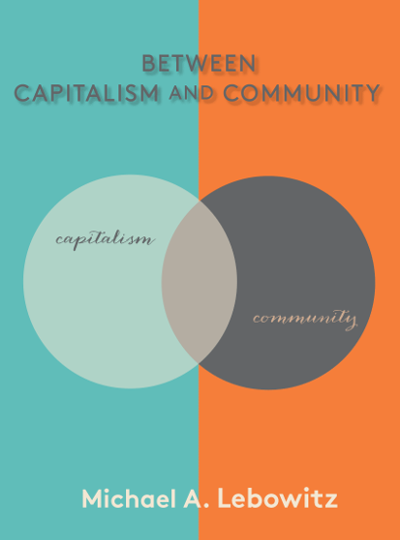 However, before my statement generates a hailstorm of shoes thrown at me, let me make one thing quite clear. We need to distinguish clearly between the revolutionary party and the party of the moment. I am using the term ‘moment’ here with its dialectical meaning – a step, a phase, a momentary stopping point which is and must be transcended in the course of progress.

So, the distinction that I am making is between the revolutionary party, the party of the socialist future, and the party of the moment. It is the former to which revolutionary intellectuals must be disciplined. After all, the party of the moment may not be committed to the socialist project. The dominant forces in the party of the moment may be oriented to a hierarchical command structure similar to the unfortunate experiences of the 20th century; they may have little interest or commitment to building a process of worker management which is essential for developing the capacities of working people, and they may believe that a focus upon producing on the basis of anything other than self-interest is utopian. Should revolutionary intellectuals discipline themselves to such a party? (I speak, incidentally, as someone who functioned for many years in a social democratic party.)

In other words, we have to recognize that there will be a gap between the concept of a revolutionary party oriented toward building socialism for the 21st century and the party of the moment. And such a gap is inevitable. As Marx (and indeed every dialectical thinker) recognized, new forms always emerge within the old, and they inevitably reproduce defects of the old. Further, the new necessarily emerges in an inadequate form. Hegel commented that when we want to see an oak tree with its vigorous trunk, its spreading branches, and its foliage, we are not satisfied to be shown an acorn instead.

So, how do we respond to that inevitable gap as revolutionary intellectuals? One possible stance is to stand outside and critique the inadequacy of the form that has emerged. The other, the revolutionary response, is the struggle to make what is potential real. Victor Serge was asked at one point, were the seeds of Stalin present in Lenin? Serge answered, ‘There were many seeds in Lenin.’ I suggest that the responsibility of revolutionary intellectuals is to nurture the revolutionary seeds. And to do so everywhere possible. To communicate the vision of socialism for the 21st century to the masses because, as we know, ideas become a material force when they grasp the minds of masses. And to try to convince those who are providing leadership to the process about those same ideas and that same vision.

Of course, we understand that in committing ourselves to discipline by the revolutionary party of the future and not to discipline by the party of the moment, this may be seen as a criticism of the party of the moment. And those least oriented toward building socialism for the 21st century will be most anxious to prevent such expressions. However, I think we must all be conscious of the consequences of abandoning the vision of socialism. If they are to be true to the project of building socialism for the 21st century, revolutionary intellectuals must place upon their banner Marx’s comment about the importance of criticism which is as little afraid of the results it arrives at as it is of conflict with the powers that be.