Is Inflation a Threat?

Many conservative economists and policy-makers, not least the C. D. Howe Institute and its corporate allies, are sounding the alarm about potential inflation in the opinion pages of the Globe and Mail and the National Post.

The basic line of argument is that recovery from the pandemic caused downturn could well be much faster than anticipated, partly because many households are sitting on a lot of savings which they will spend as the economy returns to normal, and partly because the recession has reduced the capacity of the economy in some key sectors as small firms have gone out of business. The other key factor is that high levels of public spending are supposedly threatening to over stimulate the economy.

These voices call for less monetary stimulus, especially in the form of “quantitative easing” – that is, Bank of Canada purchases of government bonds to keep interest rates low. They also call for greater fiscal restraint once the pandemic is over. 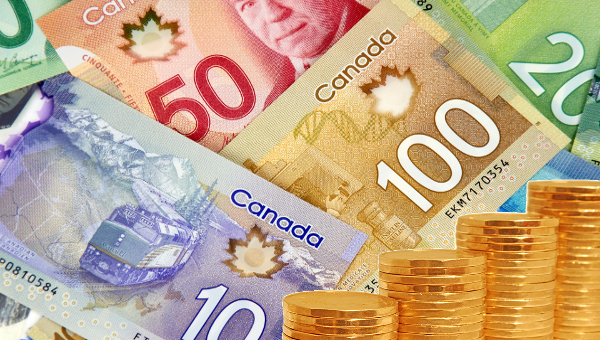 Hawks Should Take a Valium

As I have argued recently, these fears are probably over-blown.

The chief economist of the IMF has argued that structural forces such as international competition and technological change which weaken the bargaining power of labour will continue to keep a lid on prices.

The Bank of Canada itself is not concerned that inflation is about to rise since the economy is operating well below potential, and has been clear that it can and will phase out quantitative easing if there are signs of inflation rising above the 2% target rate.

That said, it is somewhat troubling that longer term interest rates have been rising in recent weeks. Government of Canada ten year bonds now yield about 1.5%, up one percentage point from recent lows, even though the Bank of Canada has not yet cut back on its bond purchases. This is a signal that financial investors expect inflation to rise faster than was anticipated very recently.

A key issue is what the Bank of Canada should do if the bond market vigilantes are correct and inflation does start to rise above the 2% target. What the Bank should not do is react prematurely and ahead of the reality of inflation. It should not respond to exaggerated fears.

Ultra low interest rates do have a downside in terms of asset price inflation – seen in the stock market bubble and real estate frenzy. But they enable governments to deal with the massive costs of the pandemic and to set the stage for a broadly shared recovery.

Higher interest rates could derail willingness to invest in areas, such as long term care and child care, that are now widely seen to be of critical importance. In fact, some conservatives are sounding the alarm on inflation mainly because they fear the growth of government spending.

The problem facing the Bank of Canada is that it has only one tool – the interest rate – which applies almost uniformly to all sectors and to all regions. For the most part, the actual allocation of capital is made by financial institutions and corporations seeking the highest risk-adjusted rate of return, not the public good. Only the government and fiscal policy can allocate capital to its most economically, socially and environmentally productive uses through regulations, taxes and subsidies.

If we need more clean energy and affordable housing, for example, we need to boost investment through specific sectoral policies such as bigger social housing funds rather than just hope that capital trickles down. If we want to tackle the asset price inflation that primarily benefits the rich, we can tax paper gains in financial assets such as stocks rather than inflict higher interest rates on the whole economy.

We also need to consider the reasons for any uptick in inflation. Conservative economists tend to be fixated on wages as the root cause of inflationary pressures, which is why the right has ruthlessly deregulated labour markets and attacked unions over the past thirty years and more. But labour is currently very weak.

Moreover, we can hardly tackle obscene and rising levels of economic inequality if we are not prepared to see a sustained rise in wages at the expense of the capital share of national income, and a sustained period of wages growing at least in line with growing productivity.

One of the tropes of central bankers is that they have no distributional bias. But neoliberalism has always advocated some slack in the job market and a “free” labour market to contain wage driven inflation.

If inflation were to rise in the advanced economies, it would be more likely to rise from expanding profits and increased corporate concentration than rising wages. The IMF has recently documented declining market competition and rising price mark-ups on the part of dominant corporations in many sectors over the past fifteen years, especially in high tech. Companies like Amazon and Google have already established very large market shares and their inflated stock values reflect the expectation that sectors like retail trade and data services will become even more monopolisitc.

Large scale operations can help promote higher productivity, but if profitability and price margins continue to rise and spill over into generalized inflation, then it would be past time to re-consider the deregulation and privatization of key industries.

Why, for example, should we not regulate the inflated prices charged by Canada’s telecom giants and usurious high interest rates charged by the banks on consumer credit, especially credit cards? Why, for that matter, should we not re-establish public utilities in sectors like transportation and communications?

Only time will tell if the low inflation of the neoliberal era continues. But it is important to remember that central bank “discipline” is far from the best way to respond to any, likely temporary, uptick in inflation, and that the federal government has many policy tools in its economic management kit. •

This article also published on the Broadbent institute website.

Andrew Jackson is Senior Policy Advisor to the Broadbent Institute and former Chief Economist of the Canadian Labour Congress. He has written numerous articles for popular and academic publications, and is the author of Work and Labour in Canada: Critical Issues, published by Canadian Scholars Press (2005). His writings on the Canadian economy and unions can be found regularly at progressive-economics.ca.