Forty and some years have elapsed, yet the French authorities have failed to find the real culprit for the 1980 bombing of the synagogue on rue Copernic, Paris. Not only have they failed to carry out their original mission, they have failed to admit, let alone face, their obvious defeat. Recent events prove ever more strikingly that, for 14 years, French authorities have been pursuing the wrong man – the wrongfully persecuted Dr. Hassan Diab. 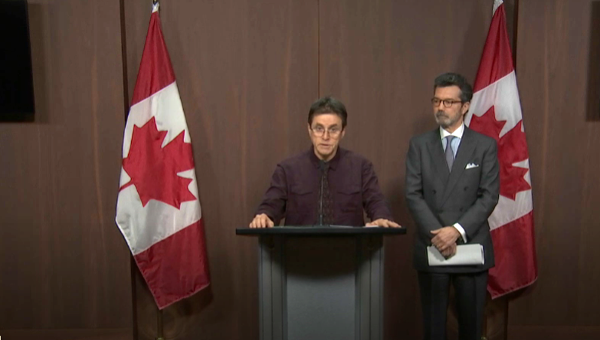 Indeed, the last shred of evidence – handwriting analysis – on which they relied for so long (in concert with members of Canada’s justice system), was recently debunked – turfed by France’s very own handwriting experts (4:10 – 4:39; 11:18-11:31). The latter’s appraisal scathingly rejected the handwriting analysis originally carried out at the request of the prosecution. Indeed, with impartial and scrupulous examination, French analysts vindicated the defence’s position, and thereby annulled allegations that Dr. Diab was the bomber of the Paris synagogue.

Today, the facts speak ever more powerfully in favour of Dr. Diab’s innocence (6:27-6:30). At a press conference held on January 27, 2021, Dr. Diab’s lawyer, Don Bayne, made this plain. In six moves (13:55 – 15:37), he masterfully destroyed the prosecution’s case against his client. With his eloquent and irrefutable defence, one could only expect that Dr. Diab’s innocence would be forever sealed, safe from further discussion. But no… in a flagrant travesty of justice, and flying in the face of evidence that totally exculpates Dr. Diab, the French appeals court ruled that he stand trial.

Only a mind, in its darkest and most twisted nocturnal imaginings, could conjure up such a cruel absurdity. So transparent is this injustice that even as the general prosecutor’s office maintained its request to see Dr. Diab’s 2018 dismissal reversed, it admitted its doubts (12:15-12:40) about Dr. Diab’s presence in Paris at the time of the bombing. The word “doubt” divulges the prosecution’s sheepish admission of Dr. Diab’s exculpatory alibi: He was not at the scene of the crime in 1980; he was writing exams in Beirut. Still, the French appeals court insists that the “suspect” stand trial to allow the case to be “debated” (12:40-12:47) – even now that his innocence has been soundly proven and all unreliable evidence dispelled.

But trials are not academic debates. The life of a human being hangs in the balance. France’s judicial protocol, which forces a suspect to stand trial regardless of his innocence, is more than a transgression of justice; it is an instance of sadism. It prolongs the mental agony of the innocent victim, bringing back recursive nightmares that twist and loop around his every waking hour, entangling his entire family in myriad forms of distress – physical, psychological, and financial. On February 7, 2020, at a press conference, Dr. Diab detailed, with extraordinary dignity and poise, the deep-seated and irreversible effects that he and his family have suffered at the hands of French prosecutors. The ordeal of his decade-long persecution, with its lingering trauma, will, as he notes (6:41- 9:25), forever plague him. With its recent ruling, France’s appeals court has added salt to that open wound.

Meanwhile, the real culprit, who was 40 in 1980 (while Dr. Diab was 26), in all likelihood no longer walks the face of this earth. But the French prosecutors have sought to make him walk again in the guise of a fictitious suspect, so that the victims of the 1980 bombing can feel their grief assuaged (6:44-6:52) by seeing a scapegoat condemned to hell. But such a spectacle would never in fact quell their pangs of loss. It would only double their grief to learn one day that they had senselessly damaged the life of an innocent man – and for what (13:30-13-37)? Death is always unfinished business. Nor will the dead be revived by acts of vengeance.

Caught in a Web of False Accusations

Dr. Diab, the 21st-century Alfred Dreyfus, swept up by the whirlwinds of chance, fell into the orbit of a judicial system in which prosecutors invented an illusory target, knowing that there was none to be seen or found (7:00-9:55). Sustaining the appearance of a genuine search, they sewed together flimsy materials and produced a fabric of false accusations. Caught in this mesh of lies, the man we have come to know so well, the Canadian citizen and Carleton sociology professor, whose unfolding story since its inception has been documented by the entire spectrum of the Canadian press, got snagged, unjustly targeted, and relentlessly harassed.

Dr. Diab’s most exculpatory alibi – that he was in Beirut at the time of the bombing writing exams – should have dispelled suspicions of him from the start; but flawed extradition laws (14:55-15:25) prohibited disclosure of this powerful alibi. As to finger print analyses (12:17-12:21), every one of these excluded Diab. Hard facts, irrefutable proof, cogent reasoning and justice, however, were never part of the prosecution’s case. Rather, groundless accusations, secret intelligence, unreliable evidence, non-disclosure of exculpatory evidence, inter alia, marked this awful saga at every turn.

With the appeals court’s recent ruling that Dr. Diab’s case be “debated” in a trial, we should expect nothing less than political theatre. The latter charade would not only mock France’s judiciary, it would deal a horrendous blow to our fellow Canadian citizen, threatening his freedom as never before.

In 2018, you, Prime Minister Trudeau, said “that what happened to [Dr. Diab] never should have happened” and should never be repeated. Given recent events in France, Canadians demand that you honour your word, that you rescue Dr. Diab from the crosshairs of injustice, and guarantee his freedom once and for all. You have the power to do this and to do it now. •