India Can Already Afford a Welfare State: It Just Needs to Tax Its Wealthiest Citizens

It is often believed that the ability to pass on property to one’s progeny is an essential element of capitalism, without which the capitalists’ incentives will dry up and the system will lose its dynamism. Nothing could be further from the truth; the acquisition of property through inheritance is, in fact, contrary to the bourgeois justification for acquiring the capitalist property. 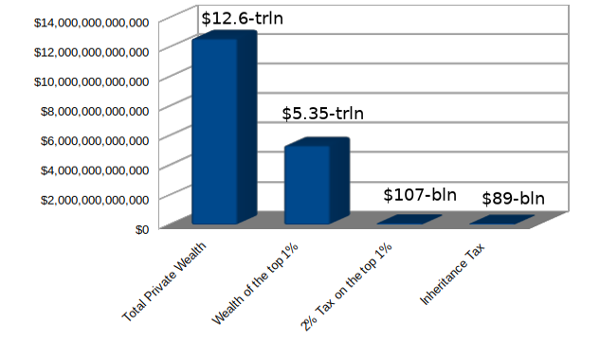 This justification is built on the claim that the capitalists have some special quality that is rare, whose employment makes the nation prosperous and for which they must be rewarded. But there is no unanimity among the bourgeois on what exactly this special quality is.

This quality cannot consist of supervising the process of production, for such supervision is typically exercised by salaried personnel who are at best superior workers; they get a salary and not profits (unless they also happen to own some property in the form of shares). It is in recognition of this fact that economist and diplomat John Kenneth Galbraith had talked about firms being run not by the capitalists but by what he called the “technostructure,” in his book The New Industrial State.

This special quality also cannot be what economist John Maynard Keynes had called “animal spirits.” The strength of the “animal spirits” may determine, as Keynes had believed, the amount of investment, but it cannot explain the very existence of capitalists’ income, and, hence, property.

Even the other justifications for capitalists’ income and property lack credibility. One such justification refers to capitalists’ being ‘risk-takers’. However, the risks are taken not by the capitalists but by those whose funds are entrusted to them through the intermediation of banks for undertaking projects; if a venture collapses then it is the latter whose funds disappear.

These days, of course, the governments in capitalist countries come to the rescue of banks and other financial institutions, which amounts to socializing risks. But that destroys even more decisively the notion of capitalists having the special quality of being ‘risk-takers’.

Likewise, the idea that capitalists own property and earn an income on it because they undertake “savings” – i.e., refrain from consumption and, thereby, make a sacrifice for which they must be rewarded – would by now be generally debunked.

Leaving aside philosophical arguments about the meaning of “sacrifice,” there is a very simple and obvious refutation of this view, that it is investment that determines savings and not the other way around. The savings that are generated when investment is undertaken come out of greater capacity utilization when unutilized capacity exists, and through inflation that forcibly squeezes the real wages and, hence, consumption of workers when capacity is fully utilized.

Investment being governed by the voluntary choice between consumption and savings by a host of individuals, and those opting for savings needing a reward for their sacrifice, is just not the way capitalism works.

Finally, there is the view that capitalists are “entrepreneurs” who introduce “innovations,” and thereby impart new dynamics to the economy. As this entrepreneurship is not a quality that is found in abundance in society, those possessing it must be rewarded. The problem with this view is that capitalist property exists and profits are earned on it even when there are no innovations, i.e., even in simple reproduction.

But my object here is not to critique bourgeois theories of why capitalist property, and a category of income earned on this property called profits, exists. The point is that even if we accept any of these explanations for capitalist property, it does not justify why a person not displaying this special quality, which entitles a capitalist to property, according to this explanation, should also have ownership of property, i.e., why property should be inherited.

In fact, to accept that property should be inherited, by anyone who happens to be a progeny of a capitalist, even if this progeny has not demonstrated any special quality, is to go against the explanation that property is a reward for some special quality. The acquisition of property through inheritance is thus a denial of any bourgeois justification for capitalist property.

But then what do we make of the “incentive” argument, i.e., the argument that this special quality that the capitalists possess, for which society rewards them, would not be forthcoming if they are not assured of passing their property on to their children?

This argument, however, amounts to a justification not of inheritance but of blackmail, of capitalists’ arm-twisting society into allowing them to pass on property to their children as a price for employing their “special talent.”

This is the reason why most capitalist countries, even in the current neoliberal phase of kowtowing to capitalists, continue to have high inheritance taxes. Japan, for instance, has an inheritance tax of up to 55 per cent and even the United States has a “top estate tax rate of 40 per cent.” Many European countries also have inheritance taxes of around 40 per cent. No doubt there may be rampant evasion and loopholes, but the principle of inheritance taxation is widely accepted.

In India, alas, there is neither any wealth tax nor any inheritance tax worth the name even though wealth inequality is increasing rapidly; and, what is more, there is not even any public debate over the issue. This could be because, notwithstanding the promise enshrined in India’s Constitution, even equality of opportunity appears to be an unrealizable dream for most people, and they are satisfied demanding only some basic relief from their miserable conditions of life.

But democracy, which requires equality of opportunity (that can never be realized under capitalism), demands at the very least not only an overcoming of wealth inequality but an abrogation in principle of wealth through inheritance.

What this can achieve may be illustrated with some figures (see chart above). In 2019, it has been estimated that total private wealth in India was $12.6-trillion or roughly Rs 945 lakh crore, of which the share of the top 1 per cent was 42.5 per cent, which comes to about Rs 400 lakh crore ($5.35-trillion). Even a 2 per cent wealth tax on this sum will fetch Rs 8 lakh crore (about $107-billion). A two per cent wealth tax incidentally is what Senator Elizabeth Warren had suggested as a minimum rate in the US on wealth between $50-million and $1-billion when she was a presidential candidate. (Bernie Sanders, who was also a contender in the presidential race, had suggested a progressive wealth tax with rates ranging from 1 to 8 per cent.)

It follows that just two taxes levied on the top 1 per cent of the population will be enough to finance the institution of a welfare state in India. Let no one say that India does not have the resources to eradicate the miserable state of deprivation in which the bulk of its population lives. •