We’ve now reached the quadrennial moment on our shared Turtle Island when some Americans begin to proclaim, “If so-and-so is elected president, then I’m going to Canada.” In the past, it’s been easy to dismiss those announcements as impetuous and ungrounded. I certainly remember hearing these declarations years ago in the wake of Bush or Reagan victories. Very few people acted on them. But this year is different, and I’m not referring to the current border closure.

As Leo Panitch aptly noted in “Will Escaping Americans Test Canada’s Capacity for Sympathy?” the presidential “debate” on September 29 removed any façade on American political discourse. It has decayed precipitously, not just in its coarseness but in the danger it represents to many, especially working class activists. 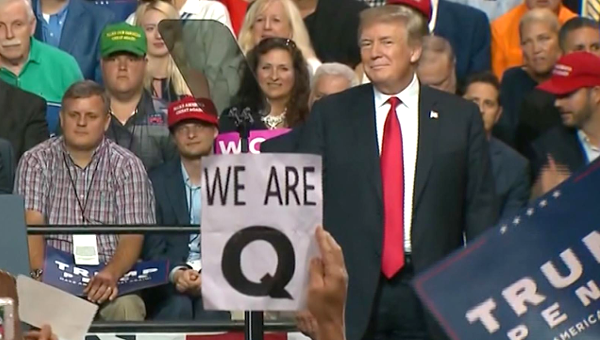 When leftist Americans talk about migrating north, please take it seriously this year, not because we harbor illusions that your country represents some glorious paradise insulated from the ravages of capitalism. Rather, some will rightfully judge that it’s not safe here should Trump win or, alternatively, should the election be contested, first with words and lawsuits and then with guns, which numbered 393 million in the US at last count.

The problem is not Trump so much as it is the long-term forces of late-stage capitalism at work, producing staggering inequality and alienation. This new Gilded Age is characterized by unchecked corporate power, and state and local governments that are completely subservient to the corporate agenda, backed up by militarized and unbridled police forces. One man who insinuated himself in my Seattle hometown, Amazon CEO Jeff Bezos, is today worth more than $185-billion, up from around $115-billion in just 9 months. To Democrats and liberals, this mind-boggling greed provokes a rally cry that the system is broken; to us socialists, it shows that the system is working exactly as it was intended to.

The alienation and outright depression of broad swaths of the American working class, coupled with the utter failure of the Democratic Party, along with most sections of the union movement, to create a meaningful counterweight has given Trump and the kleptocrats the opening they needed to unleash the floodgates of unimaginable greed and monopoly accumulation. There’s nothing particularly new about ruling class objectives under Trump; he’s just brought the ugly scheming, racism and greed of the 1 percent out from the secrecy of corporate board rooms into broad daylight. What is different now is the dexterity with which Trump and his ilk keep those floodgates open by stoking fear of “the other.” We’re living through a textbook example of how the few and powerful employ divide-and-conquer strategy to keep control over the many.

The Black Lives Matter protests in the wake of George Floyd’s murder certainly have given hope that a meaningful resistance movement can arise, one that can unite working people across racial lines. The demonstrations of tens of thousands of people from all backgrounds these past months, led by youth of color, have been inspiring. I want to be hopeful. But at this point, the movement is just beginning to come to terms with the enormity of challenging the coercive forces of the ruling class. The precipitous collapse of the drive to defund the Minneapolis police is one illustration of how difficult it will be to win fundamental change. The movement is riven with identity politics in many cities and is threatened with co-optation by the political establishment. And time is running out.

The other force at work here is the continuing conflict that was never truly resolved in this country after the Civil War, that is, the fight over slavery and more generally, the essential role of racism in undergirding US capitalism. You have your own analog, the subjugation and annihilation of First Nations peoples and societies.

Simply put, in the US, the North won the military struggle but gave up on the political one, and that’s what is playing out today. After beating back the dozen years of Reconstruction, the ruling class in the South settled for giving up on the dream of slavery in exchange for the legal codification of Jim Crow, which allowed them to maintain the pre-existing socioeconomic hierarchy. The big landowners could no longer own Black people outright, but they could effectively control them through sharecropping, poll taxes, police and brute violence, segregation, church preaching and classroom teaching that indoctrinated white racial superiority, and Klan nightrider lynchings.

Even the Civil Rights movement’s conquest of Jim Crow in the 1960s didn’t undo racism; it just forced the disease to adopt a more subtle form, melding into the social and legal structures of society. In 2020, we can say that anti-Black racism has been hard-wired into the American operating system, and not just in the south. The brutal, Bull Connor-like police repression of Black Lives Matter protests, carried out under the auspices of the political establishment (and in most cities, including Minneapolis, Portland, Seattle, and New York City, the Democratic political establishment), is just one example of the potency of the enduring racism in America.

Yes, we are on the march in these Trump years. In New York state a militant tenants movement occupied legislative offices and won rent control and other tenant protections. Hotel workers, grocery workers, and of course teachers have led militant statewide and national strikes in the last two years. In Seattle, under the leadership of Councilmember Kshama Sawant (with whom I work as an organizer) and her Socialist Alternative organization, we’ve won a historic tax on Amazon to fund social housing and the Green New Deal. Around the country, Amazon warehouse workers, Uber drivers, and other precarious workers, many affiliated with Democratic Socialists of America, are bravely staging job actions demanding protective equipment, protesting speed-ups, and challenging the pandemic profiteers with direct actions.

Trumpism, Guns, and the Hard Right

But we’re not the only ones on the march. Trumpies are downright brazen, feeling momentum along with the validation their leader continually provides. They are everywhere, and they are armed. This year, they’ve paraded with banners through our city, which voted more than 80% for Clinton four years ago, and are marching with assault rifles through Portland, Oregon, and other cities.

The police forces have placed their thumbs squarely on the scale, giving protection to the far right. When 17-year-old right-wing acolyte Kyle Rittenhouse murdered two Black Lives Matter protesters and wounded another in Kenosha, Wisconsin, he was able to walk right past police lines without being harmed. In Seattle, a man drove his car into a Black Lives Matter crowd and shot a demonstrator while police looked on, then calmly walked to the nearby police precinct station where he peacefully surrendered. It turned out his brother was a cop based out of the precinct. It’s a different matter when it comes to leftists accused of violence. When Michael Reinoehl was accused of shooting to death a far-right Trump supporter at a Portland, Oregon protest, authorities hunted him down across state lines and ambushed him in what can only be described as a police assassination.

Certainly, a convincing Biden win would be a welcome rebuke to the racist and xenophobic forces out there. But the other truth is that the fascists, xenophobes, racists, misogynists, and anti-Semites have had four years under Trump to build organization, structure, confidence, experience, and resilience. And they are not going back in the bottle anytime soon. Neither is the unique American death culture of gun violence.

That’s why the American declarations of northward migration are not like those of past election cycles. History reinforces that. It would be naïve to dismiss the Proud Boys and their ilk as mere bullies. My Jewish ancestors in Europe in the 1930s who miscalculated, thinking the brownshirts were only a passing phenomenon, paid with their lives.

Are we in a similar situation? I don’t know. But I do know that we are not in anything I’ve ever experienced before, in my 40 years of organizing, protesting, and fighting for the working class in workplaces, the community, and the halls of political power. I want to remain hopeful that 2021 will see a momentum shift as we continue to fight back. But that’s far from assured.

So, take note, Canadian friends. It’s completely understandable that this year, a number of Americans on the left are earnestly wrestling with the decision to fight or flee. It’s not because of any illusions about what lies beyond our national borders, but because of the basic survival instinct.

Panitch concludes his article by positing that the “measure of Canadians’ capacity for sympathy may yet be tested sooner than we think.” Certainly, Americans who show up on your doorstep will want sympathy. But even more important than Canadian sympathy for Americans is solidarity amongst all of us, regardless of nationality or location. The ravages of global capitalism, just like smoke from the climate fires, respect no national border. We have Jeff Bezos, you have David Thomson; we have Trump, you have Ford. As Panitch notes, a fascist America could well lead to Canada suffering the same Anschluss fate that Austria saw in the 1930s. No matter what happens in the US in the coming weeks and months, we had better plan to work more closely together if we’re going to take on the 21st century capitalist horror show, lest our present become your future. •

Jonathan Rosenblum wrote this article in a personal capacity.