With the US deciding to walk out of the Open Skies agreement, the US is signaling to the world that it intends to return to days of Pax Americana that existed post-World War II, when it was the sole possessor of nuclear weapons. It already walked out of the Anti-Ballistic Missile (ABM) Treaty in 2002 under George W. Bush, and the Intermediate-Range Nuclear Forces (INF) Treaty under Trump. The only nuclear arms control treaty that still remains in place is the New Strategic Arms Reduction Treaty (START), which provides a rough limit and parity on the US and Russia’s nuclear arsenals. Its days also seem to be numbered, as it expires on February 5, 2021, leaving very little time for any serious discussion.

The Trump administration is now considering a resumption of nuclear tests, which would be in violation of the Comprehensive Nuclear Test Ban Treaty, or CTBT. Is this yet another treaty destined for the waste paper basket? This is apart from other nuclear restraint treaties that the US signed with other states such as North Korea and Iran, and subsequently tore up unilaterally, prompting the view that the US is no longer capable of upholding treaties.

Spending Away Our Future 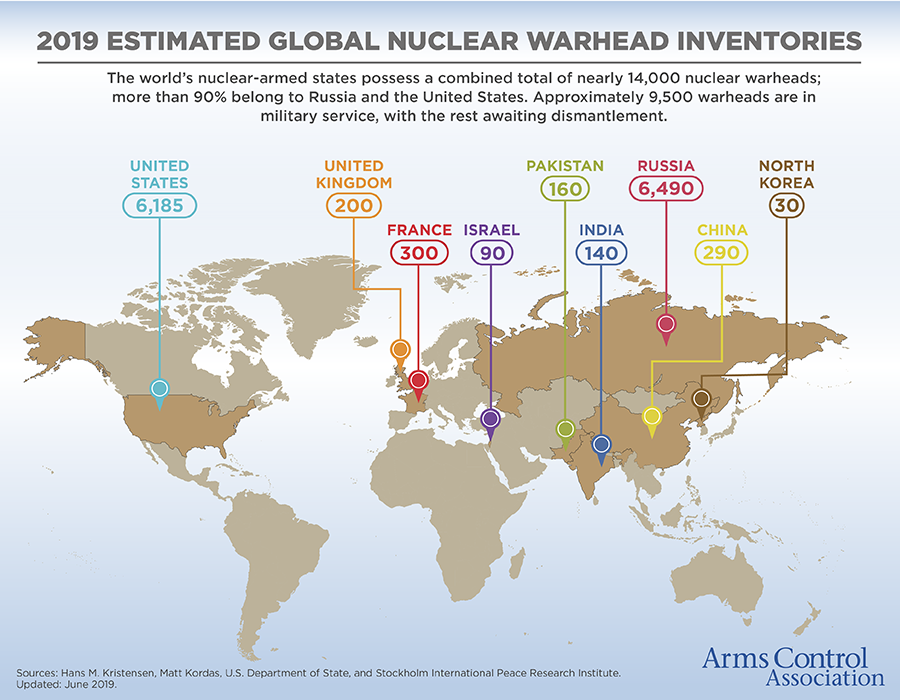 The US is also weaponizing space, and has a new Space Command. Last year, Trump, speaking in the Pentagon, said, “a space-based missile defense layer… [is] going to be a very, very big part of our defense and, obviously, of our offense.”

The US continues to pour its money into military technology and its political energy into defense strategies against what it perceives as threats to its global hegemony from China and Russia – even during a pandemic. The US has modeled for the rest of the world that the politics of security lie in terms of arms, no matter that funds are desperately needed for public health.

So, what is the Open Skies agreement? The treaty permits all its 35 signatories – the US, Russia and other NATO allies – to fly over each other’s territories. Effectively, it allows official military reconnaissance flights.

So why does the US want to exit a treaty that makes it possible to launch surveillance flights over Russia? This is a question that even military experts are hard put to answer. One reason given is that the US has complete imaging capabilities over Russia using its satellites and does not need old-fashioned aircraft-based methods. Therefore, the US is denying Russia overflights over its territory in the belief that Russia will not be able to match the US space-based surveillance capabilities. And if it tries to match the US, it is back to the Billingslea-Trump game; the US will win the new weapons war or else move to an economic war. But war it is either way.

The US also has a second target motivating it to walk out of the Open Skies agreement. European countries are very much a part of this agreement, just not the US. The US did not even talk to its NATO allies before making the decision to abandon this agreement. The US wants to deny any strategic independence to its NATO allies. If the Open Skies agreement now fails, as Russia has no incentive to offer other NATO countries overflights when it has none over the US, other NATO allies will be even more dependent on the US for information. This is a strike as much against its own NATO allies as against Russia.

During the initial negotiations on the New START, Trump and Billingslea are talking about bringing in China in order to limit its nuclear arsenal as well. This was also one of the arguments given when the US abandoned the INF Treaty.

Consider the respective nuclear arsenals of countries. Currently, the United States and Russia have more than 6,000 total nuclear warheads each, while China has about 300, according to the Arms Control Association’s factsheet. So, any agreement that brings in China can only increase its voluntary limit and not reduce it! Just for the record, France also has 300, with the UK at 200, and India and Pakistan around 150 each. Israel has about 100, and the Democratic People’s Republic of Korea (North Korea) has about 30.

In summary, the US believes that since the ’90s, it has been and continues to be the sole global hegemon. Any arms control treaty hinders the exercise of its military might. It recognizes that it can no longer control the global economy, where China is already in the process of overtaking the US, give or take a decade or two. A trade agreement that follows the rules, even if the rules were put in place in the ’90s by the US and its allies in the World Trade Organization (WTO), no longer helps the US. Faced with competition not only from China, but also from a range of other countries, the US has fallen back on its military power as its key “bargaining” strategy: agree to what it says or else. And if any country tries to match the US militarily, the US will bankrupt them, as it did with the Soviet Union.

Standing Up to the Global Bully

Historians Richard Lebow and Janice Stein have pointed out that the collapse of the Soviet Union was not due to its military competition with the US. Its defense budget did not increase in Reagan’s Star Wars years. Neither is Russia willing to surrender to the United States. Russia’s President Vladimir Putin has made it clear that Russia will not accept that the US can become the global overlord as it did during the Yeltsin years, and dictate to it and other countries.

The US change in tack with respect to China is part of what is now being called a hybrid war – military threats coupled with economic actions – to inflict enough damage that China is forced to sue for peace, accepting its subordinate status.

That is why China and Russia have come together. China’s economic strength and Russia’s military capabilities provide formidable opposition to US dominance. Russia’s technological strength in missiles, submarines, and radar has always been cutting-edge. The S-400 defense shields with radar arrays and defensive missiles are still the best in the world, and that is the reason why even US allies such as Turkey and Saudi Arabia are procuring them. China is likely already the world leader in quantum communications and is set to overtake the US in artificial intelligence within the next five years. Therefore, when it comes to competition, China and Russia are not as far behind as the US seems to believe. And the US policies in the last 30 years have cemented Russia-China ties at a much deeper level than in the past.

What options, then, do Russia and China have? Russia and China do not plan to copy the US strategy of global dominance, or engage in the game of one-upmanship that the US is playing. For Russia and China, the ability to inflict sufficient damage on the US is deterrence enough. Thus, they are not going to make the mistake of matching US military spending dollar for dollar. Putin’s strategy is to develop weapons that can inflict maximum damage at a minimum cost – in other words, develop a strategy for asymmetric war. This is the reason behind the six new Russian weapons that Putin unveiled last year: from hypersonic weapons to a new generation of ballistic missiles.

The difference between the two approaches is their strategic visions. For the US, it is spelled out in its various strategic documents: it needs to militarily dominate every region in the world. Any country that challenges the US, even in controlling its coastal waters, is a revisionist power. This requires not strategic parity but overwhelming superiority, or force projection in any global theater. In this day and age, this is well beyond any country’s military reach.

The world is entering perhaps the most dangerous period it ever has, not just because of climate change and the COVID-19 pandemic. The nuclear arms race is taking place with the US belief that it is winnable. Abandoning all arms control agreements with one excuse or the other is not simply the aberration of a Trump or a Bush, but very much a part of US exceptionalism.

The future of all nations is to either surrender to the rule of the hegemon, or allow a global nuclear arms race. This is Trump’s vision, enunciated by his arms control negotiator. It has consequences for all of us. Why, then, are all other countries silent? This is why there is an urgent need for the global peace movement to revive. People everywhere have to fight for peace. It is not just Russia or China or the United States at risk, but the whole of humanity. •