Far from the COVID-19 pandemic bringing us together, it has revealed and exacerbated existing and brutal social inequalities. The UK’s food system was intensely unequal before COVID-19, but the crisis has exacerbated these underlying trends. Looking at the UK’s socio-economic inequalities through the prism of its food – the way it is produced, marketed, prepared and consumed – offers us one way of thinking about what life might be like after COVID-19. 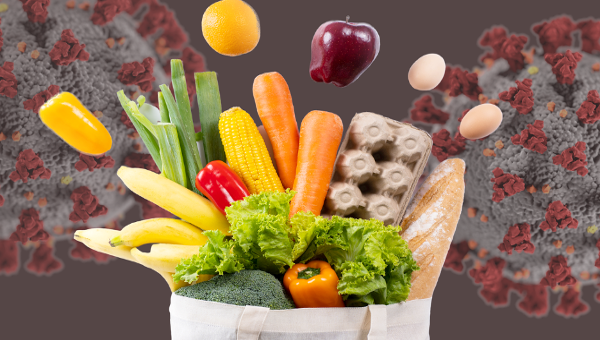 Discussions about life beyond Covid occur in a radically changed context. Some figures – former chancellor George Osborne, in particular – want a return to austerity. But circumstances are now so transformed that the British government may embark on large-scale increases in state spending: witness the state paying 80 per cent of wages for furloughed workers. The key question will not be that of the last ten years – austerity vs anti-austerity – but will rather centre around what the government deems to be worthy of investment.

It is here that the left needs to think creatively, and to set out convincing and popular ideas and policies that can influence the agenda. Should state support be deployed to bail out firms, or to protect workers from the market forces of unemployment, poverty and low wages?

The UK’s current food system fails to deliver the goods – neither good wages to farm workers, nor healthy and affordable food to large swathes of the population, nor a contribution to a zero-carbon future economy. A system of state-supported community restaurants, connected to regional farms and alternatives-to-meat production facilities, could begin fixing it.

Arguments for such an initiative could be part of a broader objective for the state to provide universal basic services through a Green New Deal. Such policies could be funded through a combination of re-directed agricultural subsidies and a progressive tax system. If wealth is taxed at the same rate as income in the UK, the treasury could raise an extra £174-billion a year.

Britain’s farming sector accounts for around 9 per cent of national CO2 emissions, with its livestock sector responsible for the majority of these. Livestock production is an inefficient converter of energy inputs (feed grains) into outputs (meat) for human consumption. Shifting production away from feed crops to food crops for human consumption could contribute to lowering emissions by freeing up land for reforestation, and to providing plentiful plant-based food for a growing population.

Workers’ conditions on British farms have always been more precarious than in other economic sectors. Trade union representation and collective bargaining has only a minimum impact on workers’ wages. Average farm workers’ earnings are about two thirds of those in the rest of the economy. Because much of the sector is seasonal, farms rely upon highly flexible, often short-term migrant labour forces.

The COVID-19 crisis has illuminated and exacerbated the precarity and danger faced by many of these workers. Thousands of Eastern European migrant workers are currently employed in the UK’s fruit and vegetable sector, housed in cramped temporary accommodation, often four to a room, in breach of the government’s social distancing directions and at risk to their health.

Supermarket workers – already disproportionately suffering from zero-hours contracts compared to other sectors of the economy – are now ‘key workers’, risking their health as they carry out their duties.

Things don’t get better when we shift our gaze from food production to consumption. Even prior to the crisis, around 4 million children in the UK lived in households that struggled to afford enough healthy food to meet official nutritional guidelines. Buying cheap, highly-processed but unhealthy food often represents a survival strategy for these households. These combined pressures have accelerated problems of child and adulthood obesity derived from the consumption of empty calories (foods high in calories but low in nutrients).

Since the onset of the crisis, millions more people have lost income and have become too poor to eat sufficient, let alone nutritious, food.

Nor do things look good when we examine domestic food preparation. Most of this work is done by women, contributing to their double burden of paid work and unpaid domestic work. Around 85 per cent of women over 18 spend more than one hour on household work and cooking a day, while for men the figure is just over 50 per cent.

The COVID-19 crisis has also knocked out a swathe of high street restaurants. Those particularly at risk are small single-businesses and family-run affairs, rather than mega fast-food chains.

These national-level iniquities exist in a broader context. The global food system, subsidised at $1-million a minute produces more than enough food for the world’s population but contributes to a situation of persistent hunger, rising obesity and gross socio-economic inequalities. Its reliance upon chemical inputs, dedication of resources to animal feed rather than human food crops to supply the booming factory farming sector, in turn driving mass deforestation – is now widely seen as part of the problem contributing to the rise of pandemics and climate breakdown.

So far, much commentary on what could replace the industrial food system has shied away from addressing the social inequalities upon which the food system is dependent.

The Case for Community Restaurants

So, what kinds of policies could be implemented in the UK to begin to overcome the unsustainability of the current food system – poverty wages in production, mass malnutrition and under-nutrition, social inequalities of class and gender, and the disappearance of many of our treasured eateries? There is simple answer that addresses all of these maladies: community restaurants sourcing local produce, serving healthy plant-based dishes and providing a combination of free and cheap meals.

Such restaurants would represent a partial decommodification of food – by making access to it a human right, rather than a consequence of purchasing power. How could such a system work?

Its political legitimacy could flow from Article 25 of the UN Declaration of Human Rights’ proclamation that everyone has the right to a standard of living adequate for the health and well-being of themselves and their families, including food.

Local councils could be funded by central government to buy up closed restaurants, pubs, and other vacant retail properties for conversion into community restaurants.

Now that the UK is leaving the EU’s common agricultural policy, farms could receive replacement subsidies to produce specific crops – seasonal food crops under open skies, and counter-seasonal and non-native crops in greenhouses. A new subsidy regime that prioritises human food over animal-feed crops would push up the price of meat while pushing down the price of plant-based food.

State funds could enable large-scale production units of alternatives-to-meat to supply community restaurants with cheap high quality ingredients. The government should legislate that wages in agriculture should be living wages.

Such measures complement ideas about a Green New Deal – where the state plays the leading role in transforming the economy into a zero carbon, socially equitable system. They would also empower local communities, ensuring that such transformations sink deep roots across society.

Community restaurants could start by providing a set number of free meals (to be increased over time), utilizing electronic coupons, to every local family on a use-it-or-lose-it basis. Diners could pre-order electronically to facilitate preparation, and once established, demand could be predicted in order to prepare sufficient food and minimise waste. Subsidies would ensure that, in addition to free meals, such restaurants would be cheaper than local junk food outlets, contributing further to a healthy dietary shift.

Like other state provisions, there would be no obligation to dine at these restaurants. People who want to eat at fast-food chains could do so. What would change would be that the economic pressure to eat at outlets selling cheap health-damaging food would be significantly lessened.

Community restaurants could be locally run, with neighbourhood-wide elected management teams coordinating supply with regional farms and alternatives-to-meat producers. Staff would be employed by local councils. Such restaurants could represent regenerative hubs for communities battered by austerity, poverty and rampant individualism.

Is this utopian? Certainly. But it is also a dream that is realisable and necessary if we are to head off the dystopias already at our doorstep. Given that the market economy serves the interests of those with capital, it would be naïve to expect the Tory government to begin decommodifying food, and other aspects of social life. But the government will be spending a lot more of taxpayers money in the future whether it likes it or not.

There is a major ideological battle looming over the direction and purpose of state spending. Proposals such as this one, if implemented, could go a long way to repairing the many ills in our society that have been exposed and exacerbated by the current pandemic. •