Finance Versus the People in the Era of the Pandemic

The current pandemic has brought to the fore, and with exceptional clarity, the fundamental contradiction underlying contemporary globalization, namely, the contradiction between the interests of finance and those of the people. Indeed this contradiction, which characterizes the era of globalization as a whole, has now come to a head. 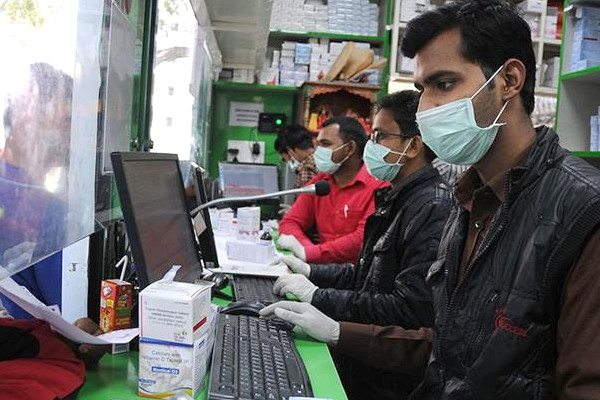 It is becoming clearly visible in country after country. Take the case of India. Millions have been suddenly rendered jobless, and hundreds of thousands of migrant workers trekking home from far away places, where they had been employed but no longer are, find themselves quarantined with little or no money. The paramount need of the hour is for the government to provide succor to these working people; and the government can do so immediately by enlarging the fiscal deficit.

But it refrains from doing so because a large fiscal deficit is not to the liking of globally mobile finance capital. The finance minister comes up therefore with a package of measures that is paltry beyond belief, where the total expenditure promised as help to the distressed households, ignoring re-packaged measures, comes to a mere Rs 92,000 crores (consisting of Rs 34,000 crore of cash transfers, Rs 45,000 crore of transfers through the public distribution system, and Rs 13,000 crore of transfers in the form of gas cylinders). This comes to about 0.5 per cent of the country’s GDP, which is a trivial sum in the context of what is generally considered the worst tragedy to hit the country after independence!

But consider the state of the economy. The government is sitting on a whopping 58 million tonnes of foodgrain stocks (77 million tonnes if we include grains available but not yet ready for immediate distribution); the rabi crop promises to be good; industry has for long been demand-constrained with lots of unutilised capacity (in fact the country was sliding into an industrial recession before being hit by the pandemic); and foreign exchange reserves are at a record half a trillion dollars. A larger fiscal deficit under these circumstances cannot possibly have any harmful effects for the economy; but people are suffering because finance capital would not like it.

The official fear is that, if the fiscal deficit increases further, then the credit-rating agencies would downgrade India’s status, which would undermine the “confidence of the investors” and trigger a capital flight. This would cause a further fall in the value of the rupee which may become cumulative.

In all this however a simple point is lost: if this denouement actually comes about then there should be no hesitation in putting restrictions on capital outflows. Even a Hindutva government should not demur at putting such restrictions, if necessary, at a time like this.

But such is the stranglehold of finance capital that the very thought of capital controls, even in a pandemic, does not enter the government’s head. Hence any possibility of capital controls is simply ruled out from the very outset, so that even before any dire consequences of enlarging the fiscal deficit have actually materialized, the sheer thought of this happening frightens the government into sacrificing the interests of the people to satisfy the whims of finance.

The union government’s pusillanimity vis-à-vis global finance is also tying the hands of state governments. They have to bear a sizeable burden of the expenditure necessitated by the pandemic; and given the enormous centralization of resources that has occurred of late, where they cannot even alter commodity taxation rates without the permission of the GST Council at which the centre is represented and has a dominant voice, they basically have to depend upon transfers from the centre.

Exactly the same conflict, between the people’s interest and that of finance, is clearly visible in Europe too. Many countries in southern Europe, notably Spain and Italy, have been hit very hard by the pandemic. Raising resources for public expenditure to meet the crisis at the level of each country would be extremely expensive as the yields on individual country bonds would be high; so a proposal has been made to float Eurobonds which would be the liability of a pan-European body and therefore entail lower yields. It is as if the whole of Europe would be borrowing on behalf of Italy, Spain and other needy countries instead of these countries themselves doing so.

This suggestion, made in particular by Italy, has however been opposed by Germany and the Netherlands, because German finance capital which dominates the Eurozone is opposed to a socialization of the risks of borrowing by individual countries; the argument is that if at all a country needs to enlarge its fiscal deficit then it must be willing to pay the price for it. Angela Merkel as the head of the German government is articulating the position of German finance capital, exactly as she had done during the Greek crisis when Greece’s request to re-schedule debt had been stoutly opposed by German finance capital.

There have been international appeals by economists, and intellectuals generally, to Angela Merkel to relent on this. Even the example of a century ago, when the harsh terms for Germany in the Treaty of Versailles after the first world war, had increased the depth of the recession in that country, giving rise to the growth of Nazism, has been hinted at in the appeal. (Lenin, it may be recalled, had highlighted these harsh terms in his speech to the Second Congress of the Communist International as evidence of the maturing of the conditions for a world revolution). But finance capital has remained unmoved by such appeals.

A large number of third world countries, which have to meet their debt repayment obligations in the midst of the pandemic, have approached the International Monetary Fund for loans and also for arranging a rescheduling of their debt. The IMF’s own resources being meagre, it is in no position to provide sufficient loans to accommodate the interests of both financial creditors and the pandemic-hit people. And the debt-rescheduling that the IMF can arrange is unlikely to be enough to leave adequate resources for succor to the working poor in these countries.

Thus all over the world the conflict between finance capital and the interests of the pandemic-hit people is becoming acute and moving centre-stage. This conflict had always been camouflaged in verbiage about “high growth rates” (supposedly of benefit to all), and “wealth creation” (supposedly for the “nation” as a whole, of which all its citizens were legatees). The idea sought to be presented was that the interests of finance coincided with the interests of the country and its people, that serving the former ipso facto served the latter.

This idea was wearing thin anyway because of the world economic crisis. It was clear that no amount of interest rate reduction was going to get the world economy out of the crisis; what was needed was a fiscal stimulus. Given the objections of finance capital to any such fiscal stimulus (for which fiscal deficits would have to be expanded), no single State was in a position to engage upon such a fiscal stimulus while remaining within the framework of financial globalization. For if it did so, then there would be an outflow of finance from its shores creating severe problems for it.

But now the vacuity of this idea of coincidence between the people’s interest and that of finance stands fully revealed by the pandemic; it can no longer be camouflaged by verbiage. There is a stark urgency about reaching help to the people, but the hurdle against doing so is the one imposed by the dictates of finance.The intensification of this conflict in the days to come will sound the death-knell of financial globalization. •

This article first published on the Peoples Democracy website.

Prabhat Patnaik taught at the Centre for Economic Studies and Planning in the School of Social Sciences at Jawaharlal Nehru University in New Delhi, from 1974 until his retirement in 2010.