The Cost of This Pandemic Must Not Bankrupt the People

The global pandemic of COVID-19 has spread to almost every country on the planet earth. The virus will take many lives, disrupt communities and institutions, and leave behind trauma and a devastated world economy. The United Nations Conference on Trade and Development (UNCTAD) estimates that by the end of 2020, global income will collapse by between $1-trillion and $2-trillion; the latter figure is a worst-case scenario, with falling oil prices making the problem even more acute for oil-exporting countries. 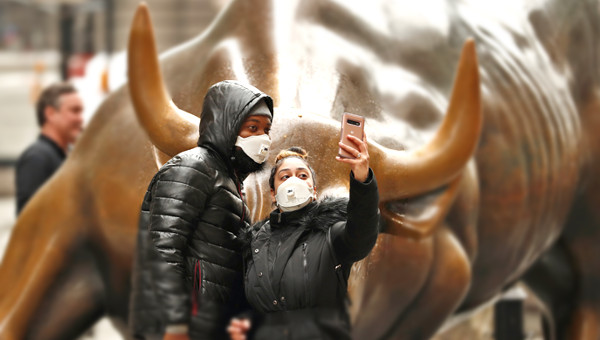 Already over-inflated stock markets are now seeing deep drops. Central banks are using all their monetary resources to shore up the financial markets and to try to bail out as many sectors of the economy as possible. Even the generally stable central bank in Norway, advantaged by its massive energy sector, has cut its interest rate and has promised to intervene to prevent a wholesale collapse of its economy.

There is no easy way to measure the eventual outcome of this crisis. But if we look at the example of previous crises – such as the Financial Crisis of 2008-09 – then we know that the costs of these crises are rarely borne by the very rich; it is those who have little power in the system, the majority of the people, who end up with the bill for a crisis that they did not provoke. It was the very rich, with disproportionate power over politics and policies, who imposed upon states austerity regimens that sliced away public health systems and allowed deregulation to run rampant through the financial markets. When a public health crisis arrives, these states are not prepared, and their lack of preparation is what sets off the financial market – now deregulated – into chaos. Those who destroyed the public health system and who deregulated the financial system should be the ones who pay the price for the disaster; but this is not how power works.

Meanwhile, the states of the West that have been eaten into by austerity policies are now fumbling to deal with the crisis. Most of them privatized substantial parts of health care and of education, closing down precious public health institutions and dismantling the surge capacity of their hospitals in case of an emergency. Just-in-time medicine for private gain became the formula. The failure of the austerity health care system is now clearly visible. It is impossible to make the case any longer that this is more efficient than a system of state institutions that are made efficient by the process of trial and error.

As part of the ongoing global debate over how to understand this crisis and how to move forward, the International Peoples Assembly and Tricontinental: Institute for Social Research have developed a 16-point plan: “In Light of the Global Pandemic, Focus Attention on the People.” This plan emerges out of a discussion with political movements in every continent of the planet. This is a living document, one that encourages dialogue, and that should be advanced further as we learn more about how to move forward. Please read the points below:

The crisis has truly shaken the system. There is no doubt about that. A consequence of the failure of the austerity politics is that ideas that had been unthinkable just a few months ago – such as nationalization of hospitals and provision of substantial income support to unemployed workers – is on the agenda. We hope that this conversation develops into a popular global movement for a total reconstruction of the system. It is easier to imagine socialism in the midst of the coronavirus pandemic, than it is to continue to live under the heartless regime of capitalism. •

Manuel Bertoldi is a leader at Front Patria Grande (Argentina) and Alba Movimientos. He is a coordinator of the International Peoples Assembly.