In recent months, Haitians have demonstrated their overwhelming opposition to President Jovenel Moïse. There have been massive protests and multiple general strikes demanding Moïse leave. We consider their demands legitimate. 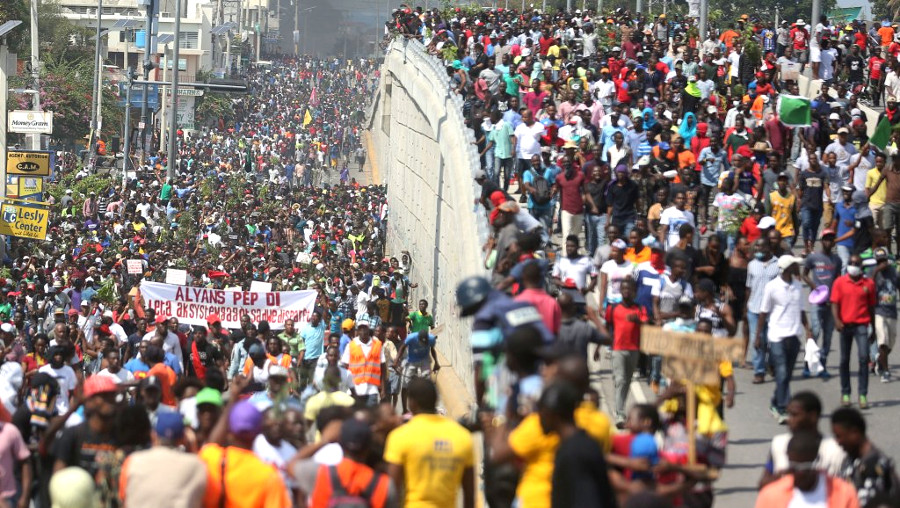 A recent corruption investigation by Haiti’s Superior Court of Auditors and Administrative Disputes accused Moïse’s companies of swindling $2-million of public money. Some two billion dollars were pilfered under Moïse’s mentor Michel Martelly from Petro Caribe, a discounted oil program set up by Venezuela. Yet, the people’s demand for justice in this money squandering scandal has been met with fierce repression. Police have killed dozens of demonstrators since anti-corruption protests began last year. In the worst documented case, the UN confirmed the Haitian government’s culpability in a terrible massacre of up to 71 civilians in the impoverished Port-au-Prince neighborhood of La Saline in mid-November 2018.

Let’s remember that Moïse assumed office in 2017, through voter suppression and electoral fraud. Barely one in five Haitians voted. The people have been protesting and voicing their opposition to Moïse since day one, but he clings to power because of support from the US, Canada and members of the so-called “Core Group” (France, Brazil, Germany, Spain, EU and OAS). Canada has provided financial, policing and diplomatic support to the unpopular government. Canadian officials have repeatedly promoted and applauded a police force that has been responsible for countless abuses. Recent Canadian and “Core Group” statements completely ignore Moïse’s electoral illegitimacy and downplay the enormity of the corruption and violence against protesters.

The undersigned call on the Justin Trudeau government and Canadian state, member of the “Core Group” – to stop backing a corrupt, repressive and illegitimate president Haitians massively reject.

Please note the situation is urgent, as the people’s access to basic necessities is more precarious everyday while the country is paralyzed and dysfunctional due to the political crisis. •