The Financial Accountability Office of Ontario (FAO) Economic and Budget Outlook review has identified planned government spending savings that come via [1] announced program changes (program cuts like the government’s cut to OHIP+), [2] announced efficiency targets (identified areas where the government hopes it will find savings without service cuts), and [3] cuts that have not yet been announced by the government.

The unidentified and unannounced health cuts exist even for this fiscal year – but they become a much bigger issue as the years go along until they account for $5.2-billion out of $8-billion in total healthcare cuts required by the government’s fiscal plan in 2023-24. 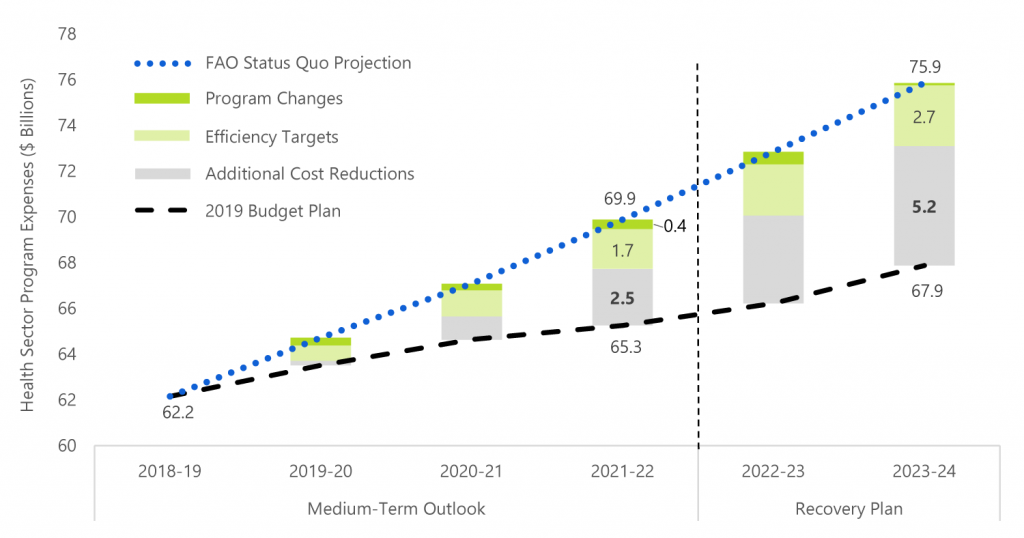 Other ministries also must make billions of dollars in unidentified cuts for the government to meet its spending plan. In two years the government plans to implement some $5.9-billion in cuts that are currently unannounced (in addition to the $5.7-billion already announced for that year). And it gets much worse in the years after that. Here’s the chart for all program spending. 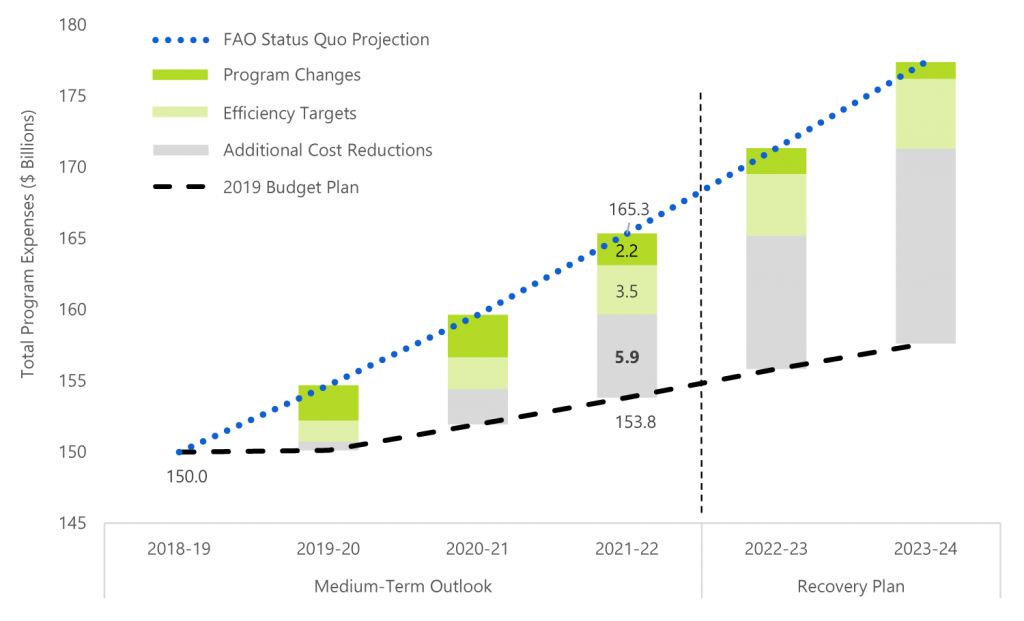 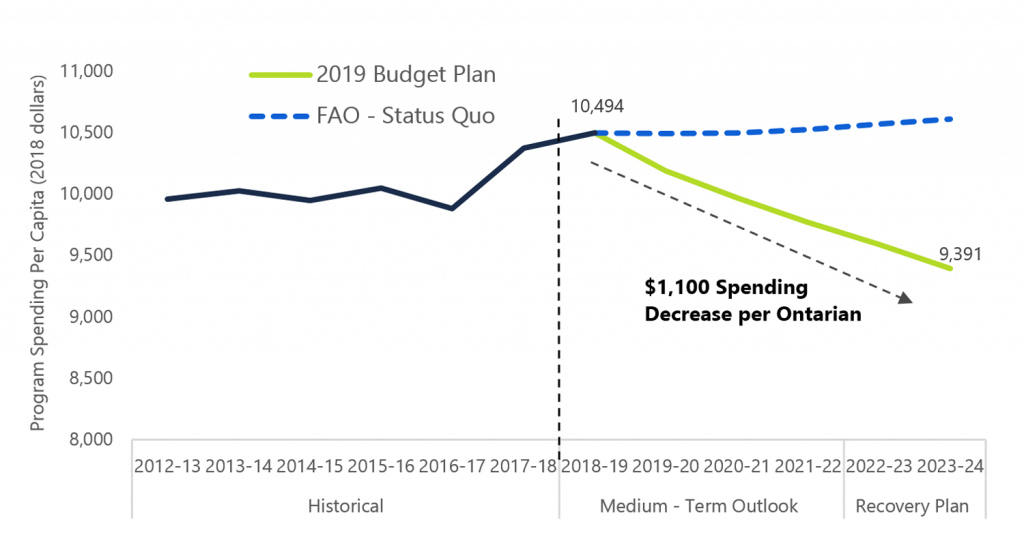 Ontario already has the lowest provincial government program spending, over $2,000 less per person than the Canadian average. 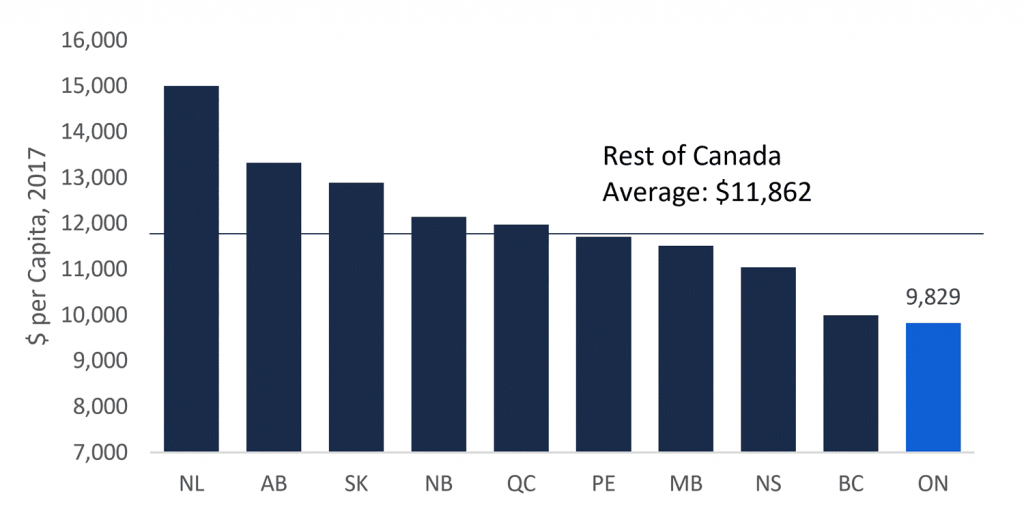 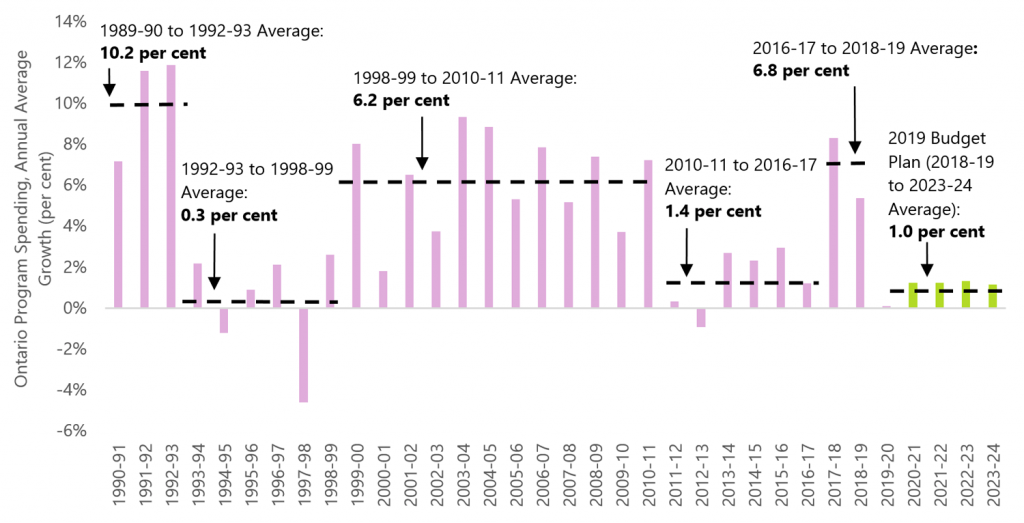 The FAO also reveals that the government’s plan also has some unannounced tax changes that will reduce revenue by $0.2-billion in 2020-21, and by $3.6-billion in 2023-24. So, not only has the PC government introduced billions in tax cuts this year, we will also get more, as yet unannounced, tax cuts in the years ahead. These revenue cuts delay the achievement of a balanced budget, deepen the provincial debt, and require more cuts to social programs. And these tax cuts are planned even as the government continues to claim – with shameless hypocrisy – that the program cuts it is imposing are required by the province’s fiscal situation. 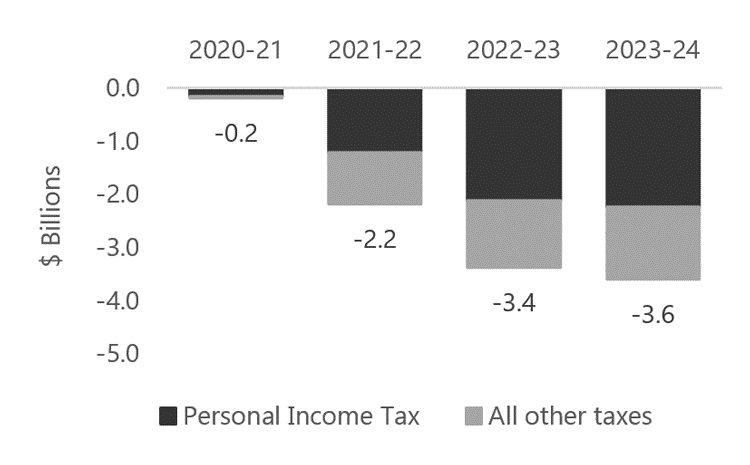 Bottom line – The government must identify and implement very major cuts for healthcare (and all social programs) over the next five years if it keeps to its Budget plan.

Local communities need to speak out and require this government to change direction – just as the previous PC government did. •