On May 27th, Europe awakened to what seemed to be like a new stage in the resurgence of the populist right and reactionary forces, and a major retreat for the radical left in the elections to the European parliament.

In Italy, the growing political hegemony of Matteo Salvini’s project was solidified with his party’s clear victory across northern and central regions of the country, while the Left effectively ceased to exist on the institutional level. In Spain, Unidas Podemos returned only 6 out of 11 MEPs, the same amount as La France Insoumise, whose lacklustre performance saw them achieve only 6.31% of the vote. Similar losses were observed for left-of-centre-left parties across Germany, Greece, Holland and the Czech Republic, while the left vote across Portugal and the Nordic countries remained stable compared to 2014. 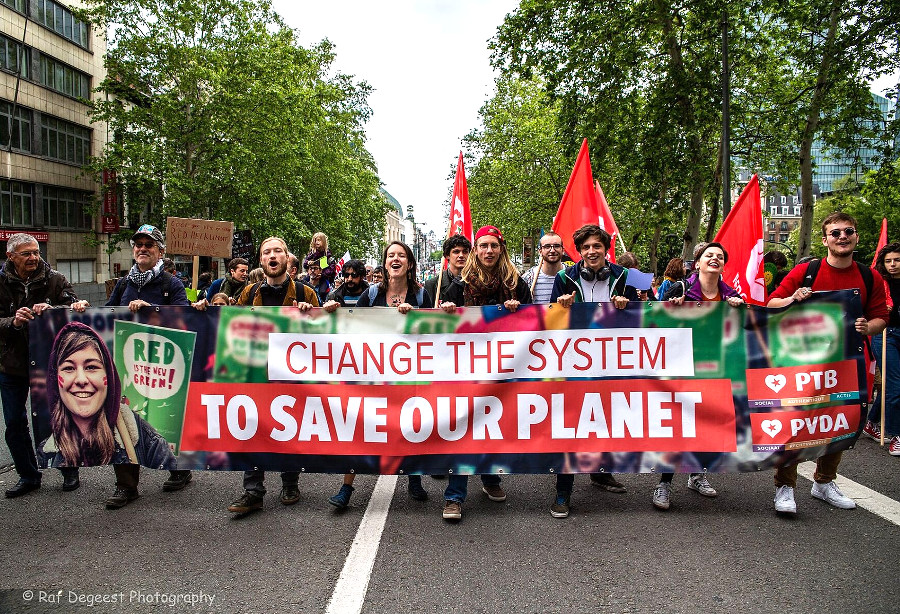 In 2014, Syriza had been one of the big stories of the European elections and, with strong performances for Podemos in Spain and Sinn Féin in Ireland, the rise of the Nordic-Green Left bloc (GUE-NGL) was one of the stories of the election. Five years on, these left-wing alternatives have faded against the backdrop of an increasingly-strong populist right. But one country stands as an exception to this trend, providing a stark contrast to the failures elsewhere on the radical left.

May 26th was a political earthquake in Belgium as the Workers’ Party (PTB/PVDA) won big across the regional, federal and European elections, and firmly established itself as a left alternative to both the centre-left and green parties across the country. It more than doubled its vote share in the federal elections, increasing its number of representatives from 2 to 12, while at the same time scoring major victories across Flanders, Brussels and Wallonia, obtaining a total of 29 seats in the various regional elections. At the same time, the party elected its first member of European parliament, Marc Botenga, in the French-speaking regions. Moreover, in the region of Flanders, they succeeded in capturing a political foothold despite dominating cultural and political hegemony of the conservative nationalist political forces throughout the past decade and the electoral success of the far-right Flemish Interest (Vlaams Belang), which obtained 18 federal seats.

Founded out of Belgium’s radical student movement in the 1960s, the Workers’ Party at first adopted a Maoist platform and focused on anti-imperial and anti-colonial struggles. In its early years it was very much on the fringes of Belgian politics, drawing only tens of thousands of votes through the 1990s and into the early 2000s. But by the mid-2000s, as the party moved toward a broader Marxist platform, its fortunes began to change. After the financial crisis, its vote increased sharply in the 2009 European elections and this was followed, in 2010, by a breakthrough federal election in which the party received over 100,000 votes. This grew to 250,000 in 2014, bringing with it two members of parliament. But their latest results are far more impressive: drawing 584,621 votes (8.62%) federally, with particular success in regional elections in Brussels (13.47% and 10 seats) and Wallonia (13.68% and 10 seats).

The reorganization of the party and the process of renewal during the congress of 2009 played a crucial part in allowing it to emerge as a credible alternative, offering both a social and an ecological narrative as well as practical solutions to the economic issues created by the financial crisis. This allowed the party to build a distinctive approach during its breakthroughs in the Walloon and Federal parliaments in 2014, with campaigns promising to “bring the voice of the working people” to politics.

The interventions made by PTB politicians, particularly Raoul Hebedouw, during parliamentary sessions, and the clear and consistent articulation of everyday problems faced by the population, further increased the party’s appeal across both traditional and social media in recent years. Despite its relatively meagre size, its parliamentary performances meant it often ended up leading debates on important social and economic issues such as pensions, retirement age, unemployment figures and insecure work.

The Workers’ Party also played a supportive role for the waves of industrial action throughout late 2018 and early 2019, which culminated in general strikes in parts of the country in October, February and May. At the same time, the resurgence of the climate change movement allowed the party’s eco-socialist message to gain traction, with its proposal of a green transition funded by new taxes on multinationals. The protests and the social movements for an increase in the pensions also helped the party to tap into the popular anger against both the ruling coalition of N-VA, Christian Democrats and liberals, and the centre-left’s track record of applying cuts to social spending.

All of these factors were crucial in the party winning over parts of the electorate in the poorer and formerly industrial regions such as Henegouwen and Luik, scoring an unprecedented 15.64% and 16.45% in the two regions respectively, as well as significant parts of the progressive electorate in Brussels, where it achieved 12.28%.

On the surface, the results from the Dutch-speaking region of Flanders appeared to show a similar pattern of the rise of the reactionary nationalist and populist right forces across the continent. The New Flemish Alliance (N-VA), a member of the government coalition until December 2018, won almost 25% of the vote in the region and returned 25 seats, despite losing 8 federal seats to re-emerged Flemish Interest (Vlaams Belang), which re-emerged with its best result since 2003.

On May 29th, King Phillippe met with the Flemish Interest’s Tom Van Grieken, the first time the Belgian head of state held an official meeting with a leader from the far-right of the country’s politics since 1936. Furthermore, Bart De Wever, the NV-A leader appeared to be willing to break the long-standing taboo of holding coalition talks with the party, considering the NV-A’s own narrow list of possible coalition partners for the next federal government.

However, the success of the Workers’ Party bucked the right-wing trend. By breaking through the 5% threshold and electing its first four representatives in the Flemish parliament, the party has established an institutional foothold. It can now follow a similar strategy in the Dutch-speaking region to the one adopted by Raoul Hebedouw federally. This will allow it to advance motions on issues that the party campaigned on in Flanders, such as a demand to raise pension levels to €1,500 per month, to introduce free public transport, and to crackdown on tax evasion by multinational corporations.

The party hopes this will mean that a radical left-wing project that’s already gathering pace across Wallonia and Brussels can be extended into Flanders, combining institutional presence with an established space in the media. This foothold may also end the profiling of the party as a “phenomenon of the south” and strengthen its position as a genuine bi-national political force.

The Flemish regions where the Workers’ Party saw its highest vote, particularly the large economic areas and old industrial heartlands of Antwerp and Ghent, shared a common pattern of social and economic problems that the party’s program was specifically designed to address – high unemployment or otherwise high levels of insecure work, poor public transport, high pollution, lack of affordable housing and low levels of pensions.

The electoral campaign built on a number of tactics previously utilized during the October 2018 local elections, when the party won a total of 157 local council seats across the country. Chief among these was a grassroots campaign utilizing thousands of volunteers and a system of “vote by vote” cards designed to secure individual votes across neighbourhoods, participation in the debates in high schools and local branches of the ABVV and ACV trade unions, as well building an anti-establishment message to rival the Flemish far-right.

In the latter case, the Workers’ Party’s message that multinationals, rather than workers, should pay for the climate and social crisis allowed it to simultaneously tap into the climate action movement while positioning itself against to some of the market-friendly and economically regressive proposals put forward by Green parties. Given the crisis precipitated by environmental reforms that penalized working-class and poorer segments of society across the border in France, the party sees this approach as especially important.

The current situation provides a stark contrast with the historical experience of the 1990s and early 2000s, which saw the decline of the centre-left Flemish Socialist Party (SPa) and other established political forces in favour of Flemish Interest. The Workers’ Party has sought to challenge the xenophobic politics which are the legacy of recent years by focusing on the origin of the refugee crisis – wars and intervention in the Middle East – rather than feeding scare stories about its management, while offering an economic agenda which threatens nationalist and right-wing dominance of the anti-establishment narrative.

The election of Marc Botenga as a Member of European Parliament (MEP) in the country’s French-speaking region was also a landmark for the PTB. 14.5% of vote catapulted the 38-year old to one of Belgium’s 21 allocated seats, the first time that a radical leftist had been elected in a Belgian European election. On election night, Botenga said the result meant there was a “left locomotive that [would be able] to offer an alternative to the far-right and to the policies of Macron and Merkel, who opened the door to the far-right with their Europe of competition, austerity and money.”

The Workers’ Party will join the European Nordic-Green Left (GUE-NGL) formation in the European parliament, now deprived of some its recent support base across the Mediterranean. If the left is to regain the ground it has lost in recent years, it would do well to learn the lessons of the Belgian Workers’ Party, which looks set to become one of the country’s most impactful political forces just at the moment the threat from the far-right is growing. •

This article first published on the Tribune Magazine website.

Denis Rogatyuk is a writer, journalist, and researcher based in London. Follow his tweets at @DenisRogatyuk.