Challenging the Market with Collective Solutions

For a short time very recently the latest Intergovernmental Panel on Climate Change (IPCC) report on climate change hit the headlines and everyone – not just those committed to reducing it – was reminded of the accelerating costs to the planet and continuing livelihoods of carrying on the burning of fossil fuels. The report did not pull punches and said we had until 2030 to take steps well beyond any yet enshrined in policies to prevent the impending 3 degree rise this century, with the devastating impact on millions of lives, on cities, on species survival entailed. 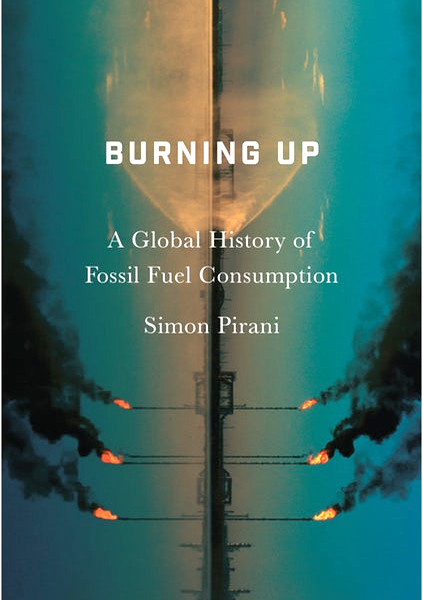 Yet in our high consumption and celebrity news culture, that message again recedes and being able to do business as usual, or even faster, whether with Brexit or without Brexit, colonises discussions of public interest. Climate change is important perhaps, we seem to be told, but getting markets and business opportunities in order has to come first. And the market can find further incentives to help tackle climate change.

But it is the very functioning of the market and the social and political relations constructed to maintain and enhance it which have driven fossil fuel extraction to such high levels, and just as importantly steered the ways in which technological invention and change to produce energy have developed. It took the Industrial Revolution and the drive for entrepreneurial profit, to give coal a central position in the economy. And the big acceleration in energy consumption from the 1970s following the oil shocks and crises of that decade has been driven by neoliberal and de-regulatory capitalism.

These are the conclusions drawn by Simon Pirani in his new book, Burning Up: A Global History of Fossil Fuel Consumption, which traces the history of fossil fuel burning from pre-industrial times to the present day, with a comprehensive review of available data and a wide-ranging use of sources across the world. He notes the now accepted terminology of the Anthropocene but is quick to point out that what matters most is how the political economy of societies determines demands for energy and then directs technological know-how in certain directions.

Rural electrification in India varies considerably between states depending on the social, political and economic pressures at work so that where, for instance a social movement was strong, electrification was rolled out while elsewhere urban and industrial investment meant the poor and the countryside were neglected.

In South Africa the economic and political weight given to mining meant that electrification went in that direction and underlined the impoverishment and separation of black communities left without. Social and class forces shaped electrification everywhere. In terms of energy generation technology overall, it was with the invention of the combined-cycle gas turbine that electricity power plants became more efficient leading to large scale investment in gas pipelines, tying in carbon extraction increasingly to geopolitics.

At the same time the global development agencies, the IMF and World Bank, played a big part in the post-crisis expansion of neoliberal policies pushing a ‘standard model’ of electricity market reforms across the developing world, reducing subsidies, and skewing reward to foreign corporate investment with risks left to states to pick up, and growing indebtedness of countries and people.

From the 1990s, fossil fuel consumption has intensified as the labour process has begun to undergo significant change, with technological innovation not only driving productivity but altering expectations of working time, of job security and employment rights, and in the tendency toward mass consumption and debt. The potential then for ‘de-coupling’ economic growth from resource use which more efficient technologies promised has been overtaken by the scale and volume of resource use, particularly oil and gas, and despite some attempts to wean off it, coal as well.

Together with rapidly increasing financialization in the global economy, and the co-option of new technologies to restore profitability, the money created from energy transactions in the past thirty years or so has embedded fossil fuels in world trade.

There is hope in some quarters – and successes in divestment exist – for stranded assets being a way out of this vicious circle. Pirani does not discuss stranding assets as a tactic or strategy at much length. He considers the weight of vested economic and political power to have shown itself well capable of overshadowing such regulatory attempts as have been made.

It is certainly now clear that the Rio, Kyoto and Paris protocols are of themselves insufficient to make much difference, as the IPCC has found out. Closer to home we need only look at how the Conservative government has reduced support to renewables and maintains high subsidies for fossil fuel extraction. That there might be a technologically inspired route out of fossil fuel dependence which would free us from capitalist imperatives, as proposed by Paul Mason or Srnicek and Williams, is given short shrift by Pirani.

History confounds them. He turns ‘automation to post-capitalism’ on its head, saying in effect that while technological opportunity is moulded by the needs of capital accumulation and reproduction, its own potential is in fact constrained, and that we need a social and economic transformation to free the technologies that will act more for natural and human benefit.

As a historian Pirani well demonstrates that left to the political elites and market reforms there is little chance indeed of de-carbonization of the economy going far. Carbon trading does not change stock market priorities nor begin to tackle entrenched inequalities, as long as the rich world can continue to cordon itself off.

And ‘tiptoe steps’ such as we have are very far from enough, as all the data on most recent accelerations show so well. In a very useful chapter, this book outlines how the different sectors of energy consumption add up, namely from industry, agriculture, military [so often underestimated] to transport, buildings, households and waste which situates the context so much better than the often heard division between what individuals contribute, or can do, and what the system, state or other institutions contribute, or can do.

That latter injunction – we can only do so much – too often tends to a feeling of relative powerlessness. Pirani addresses the question of power head on. The potential of Internet related technologies to conserve energy and enhance decentralized networks for electricity distribution, and for that matter local generation and distribution, are hardly tapped at all and impeded by large scale commercial control which indeed has greatly added to wasteful consumption.

As long as market-based solutions are the vector for change such state regulation as is tried will only go so far, and much of the public discussion by elites will be at the level of paying lip service. Decentralized grids are eminently feasible, and renewables costs keep falling – but the market pricing structure and subsidies still heavily favouring fossil fuels inhibits mainstream adoption of smaller scale and renewable technologies.

This book points toward a transformative economic and social approach to the use of energy which challenges market predominance, and urges collective movement of people in situations where they mobilize their own commitment and resources for a different order capable of sustaining life and community not predicated on inexorable economic growth.

It reminds us very well that we cannot depend on existing elites, or new elites for that matter, even well-meaning ones, if the world of markets remains unscathed. It refers to protests and movements such as those in India, and in Nigeria, against corporate or state vested interests of exploitation where fossil fuel extraction and its human costs have been challenged, with some inroads made.

It does not offer particular suggestions on how collective struggles could coalesce, or where alternatives to fossil fuel dependence through technology could ally with mobilizations for economic and political change. But that is now the challenge. Preston Road anti-fracking action and the political implications now playing out show how important it is to make such alliances. Pirani’s book gives all the evidence needed to support such a movement. •

This article first published on the London Green Left website.

Gordon Peters is a political activist and a supporter of the Ecosocialist Network.