Like many others (unless they are in a state of simple denial), I sometimes feel paralyzed by the enormity of the environmental challenge.

How to break through this?

We must begin with the certainties. 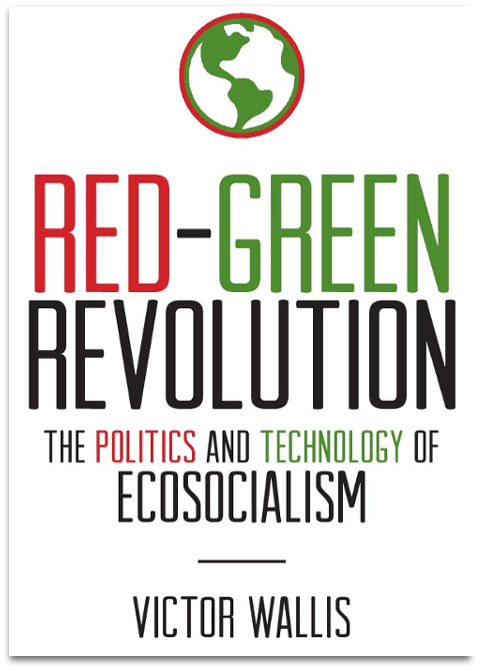 First is the science. Not every aspect of it, of course, but the basic contours. The most in-depth, up-to-date, and accessible account is Ian Angus’s 2016 Monthly Review Press book, Facing the Anthropocene: Fossil Capitalism and the Crisis of the Earth System (see my review at Climate and Capitalism). When you read this book, you will see how in some respects the point of no return has already been reached. But even if full collapse is only a matter of time, many life-and-death choices will still confront us along the way – over what we may hope will be more than a single lifetime.

The second certainty is that we are being systematically lied to by the most powerful interests in this society. It is now known that the big oil companies, by their own research in the 1970s, confirmed what would later become common knowledge about the climate-impact of greenhouse gases, but they then undertook a deliberate campaign of obfuscation which continues to this day (see updates at Koch vs Clean.com).

The third certainty is an outcome of the second: hundreds of millions of people who should – and could – be waging the battle of and for their lives, are instead propelled by a structured inertia, part ‘practical’ and part ideological, to continue with their daily routines – of heating or cooling, driving, flying, over-indulging in one or another addiction, and acquiescing in wars of domination – as though nothing had changed.

And yet things have changed! This is the fourth certainty, although it is less obvious than the first three because its manifestations don’t appear with equal severity everywhere at once. Here I am thinking not of the underlying trends but of the countless unusual phenomena that are evident to even the most casual observer – or TV watcher – but whose cumulative message we mostly ignore in our day-to-day lives. We see TV images of fire, flood, and war – what started as a war for oil – but yet our highways become ever more congested and continue to be widened. We hear of water shortages, new viruses, crop blights, and species extinctions, but we have yet to do away with even the least needed and most harmful lines of production.

Where collapse is most tangible is where environmental extremes intersect with the extremes of social polarization. Texas prisoners are now frequently dying in the torrid summers as the indoor heat index climbs as high as 130 degrees Fahrenheit (54 Celsius). Most of the state prisons lack air conditioning,1 and political leaders refuse to remedy the situation, even as the state generates millions of dollars from the prisoners’ unpaid labour. The conditions are not new, but global warming is taking them past the tipping point. The example of the prisons is replicated in the growing incidence, globally, of people being deprived of water, food, or dry land.

It is not surprising that the most inveterate opposition to addressing this crisis stems from the very interests that have profited the most from bringing it on. The problem is that whereas those interests – the corporations along with the technocrats and politicians who speak for them – are tightly organized, the rest of us are not. The immediately felt disasters (our fourth “certainty”) are scattered, and so are their victims, giving credence to the contention that people will not take action until some future threshold is reached.

Out of the resulting uncertainty must be forged a proactive response. Does this bring us back to our anxious starting-point? Not quite, because in pinpointing the systemic culprit for the impending disaster, we discover the necessary focal point for our own unity. The fight to preserve our species-life is a political struggle par excellence. Having identified who the enemy is, we know who our potential allies are – the other “99%.” All the differences within this vast agglomeration pale next to the overwhelming urgency of our common task.

But the blending of people’s more immediate preoccupations into the common agenda does not come automatically. The priorities of each constituency need to be addressed on their own merits (as I discuss in the last three chapters of my forthcoming book, Red-Green Revolution). But the capacity to do this without losing sight of the common thread will depend on the building of a political organization in which all our constituencies are represented. •

This article first published on the Political Animal Magazine website.

Victor Wallis is a professor of Liberal Arts at the Berklee College of Music. He was for twenty years the managing editor of Socialism and Democracy and has been writing on ecological issues since the early 1990s. He is the author of the book Red-Green Revolution, published by Political Animal Press.