Distrust in political elites and institutions has become a defining element of 21st century politics throughout the west. This trend has been most successfully harnessed by right wing populists, who claim to represent the anger of the masses and represent their ‘true interests’, in the face of a greedy and out of touch liberal political class. While in no way am I attempting to reduce the victories of those such as Donald Trump, Marine Le Pen, or Rob Ford, to solely this, appropriating anger toward elites has been critical to their political success. The failure by much of the left to offer a more effective response to these trends has been disheartening (to say the least). Moreover, it is why Hilary Wainwright’s latest book, A New Politics from the Left (Cambridge, UK: Polity Press), represents a timely appeal for a democratic, participatory, and bottom-up political transformation.

Wainwright has spent her career exploring democratic accountability across institutions, and as a co-editor of the socialist, feminist, and green Red Pepper magazine. Drawing upon her experiences as an academic and advocate, Wainwright forcefully argues that we need to reorganize political power so that it can be wielded by regular people, giving them the tools to positively change their lives and communities. 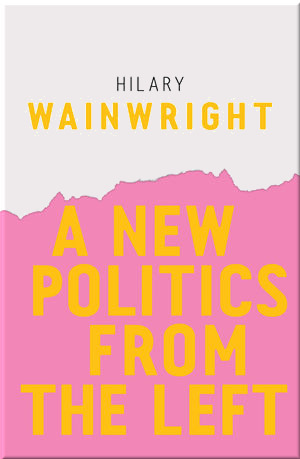 A New Politics from the Left is a short read, and not theoretically dense. What it offers is a straightforward and accessible overview of the political change that Wainwright is calling for. She begins by challenging the notions of both the technocratic, elite knowledge of the state, and the individualized knowledge of the free market, with its own technocratic logic of profit extraction, as sources upon which to base public decision making. Instead, she argues that we should look to the sort of practical and tacit knowledge which is practiced and produced by social movements, in particular the women’s, radical shop stewards’, and green movement.

For Wainwright, these movements “illustrated, in the way they organized, how this tacit knowledge might be shared… they are capable of purposeful and planned action, through collaboration and without predictive certainty, constantly subject to further experiment and self-reflexivity” (p. 8-9). She contrasts the paternal concept of “power as domination,” where political leaders tell people what they need and then implement it, with “power as transformative capacity,” where policy ideas and implementation come from the everyday knowledge of those most impacted.

Wainwright notes the utilization of “power as transformative capacity” growing in Britain out of feminist movements, as well as community organizations, in the 1960s. Instead of having a governing party do something on their behalf, these groups engaged in action with its own directly transformative capacity. They rejected traditional deference to authority, and sought to democratize knowledge, “breaking from models that presume an expert leadership and more or less ignorant membership,” and emphasizing popular education (p. 19). The collective self-confidence of people to take control of the conditions of their lives has also, according to Wainwright, played out within the Labour Party itself, such as the 1945 government, and again in 1973 – though in ambiguous, contradictory, and temporary ways. The relationship between bottom up change and existing political institutions is explored more fully as the book develops.

Wainwright powerfully illustrates the sort of positive political project she is advocating through three key examples. She describes the push in the 1970s by Lucas Aerospace workers who, facing massive job cutbacks and restructuring, developed a detailed plan to nationalize and reconfigure the company toward applying the technology for socially useful purposes. While the plan received the support of then-Industry Secretary Tony Benn, corporate pressure and the 1979 defeat of Labour meant it was never implemented.

She also describes the successful pushback by Newcastle municipal IT workers in 1999 when the City Council considered contracting their work to a private firm. They successfully campaigned against privatization, and instead created an alternative strategy to improve the service based on maximizing public benefit. Finally, Wainwright looks at the growth of digital space, and its utilization to create new democratic spaces, such as ‘platform co-operatives’ as an alternative to the ‘platform capitalism’ of companies like Uber.

These examples work to illustrate how positive alternatives to neoliberalism can be developed from a bottom up, participatory capacity, through everyday shared knowledge. More than just resisting, these examples developed new forms of social relations beyond austerity and market logic. Wainwright’s examples are well chosen, in particular her discussion of democratic digital spaces is a refreshing counter note to the abhorrent tech ventures of Silicon Valley, which continually find new ways to use technology to further exploit and profit from the most vulnerable.

Role of the State

One point I would like to raise about these examples though, is that they all sought to turn the state into a positive ally. In the remainder of the book, Wainwright argues that to develop ‘power as transformative capacity’, the state’s ‘power as domination’ is a necessary condition for its full realization. I agree with Wainwright that state institutions can be used, “where the balance of political power is favourable, to pursue social goals” (p. 76). I think it is important to work to elect left governments that will enable social transformation. That being said, positive transformational change is also possible through a more adversarial approach with state actors. Moreover, sometimes it is necessary.

Not all issues can be won through electoral victory. Moreover, many marginalized communities have distrustful relations with the state (for good reason), and are not interested in producing change through engaging state institutions, but instead wish to emancipate themselves from such systemically oppressive institutions. Movements, instead of “occupying the institutions,” may choose rather to confront institutional actors and force institutions to change. I am thinking of movements such as those seeking indigenous sovereignty. I am thinking of groups such as Black Lives Matter, who have sought to transform policing institutions through direct confrontation with those in power. These groups have been able to create positive change without winning government as an ally, but by using the power of their movement to force change. Social movements should not see winning institutions of power as a necessary condition for creating larger social change.

That being said, I do believe in a diversity of strategy, and taking government power where possible. And as I noted at the beginning of this review, the right has been capitalizing on distrust of elites and technocratic politics in order to bring in politicians seeking austerity budgets and police states, which the left has been largely unable to counter.

Corbyn and the Labour Party

Wainwright concludes the book by looking at Jeremy Corbyn’s victory in the Labour Party leadership, and the upset 2017 UK election. For Wainwright, Corbyn, “as an activist in many different struggles, symbolized a new effort from below to open the party to radical change, through his modesty and daily support for others in struggle” (p. 113). Corbyn’s victory opened the Labour Party to movements and groups that had long been excluded, particularly in the era of New Labour. It has given them the opportunity to radically transform and democratize the party. Whether that struggle will be successful, according to Wainwright, depends on how the parliamentary party apparatus will move to support him, and whether Momentum and the radical elements of the Labour Party can simultaneously reform the party and engage in wider social transformation. The Labour Party must reject the traditional divide between political institutions and social actors on the outside. 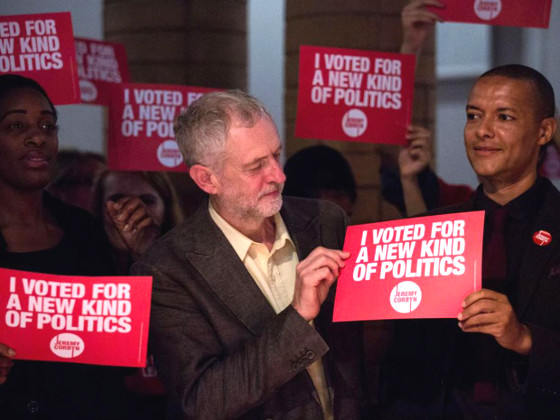 The opening of the Labour Party represented by Corbyn’s victory speaks to exactly the sort of large scale radical, open politics that Wainwright is hoping for. The bottom-up social alternatives he offered, and invited people to participate in, helped create the groundswell of support that has led to his success. Critically, his support base is largely not committed to the Labour Party, nor, as Wainwright notes, should they be. In this case the party has acted as a vehicle for constructing a larger alternative social vision, in the same spirit as the Lucas Plan, Newcastle IT workers, or digital co-operatives. Working within traditional political institutions such as the Labour Party may seem like anathema to many social movements on the left, particularly those most interested in bottom up politics that seeks to decentralize and reimagine power relations. However, as Wainwright convincingly argues through her examination of Corbyn’s victory, there is great potential in engaging with these systems. This is not to say that one must (or should) throw their full support into advancing the party cause, as Wainwright points out. But as the Corbyn example shows, strategic engagement at opportune moments can do much to advance “power as transformative capacity,” without necessarily capitulating to traditional power structures.

The concept of “power as transformative capacity,” of democratizing knowledge and power to give people control over the condition of their lives, deeply resonates with my own views and experiences. As I write this review, I am participating in strike action as a member of CUPE 3903 at York University, alongside my fellow teaching assistants, as well as contract faculty and graduate assistants. Our fight is against a corporatized university which claims to know what is best for its students and employees, all the while ignoring the students and employees telling them that they are wrong. Our demands were decided democratically, informed by the everyday experiences of our members in their workplace. Our strike organization and strategy has been decided (largely) democratically, subject to constant self-reflection and change.

This democratic spirit, and lack of top down imposition has empowered rank and file members from across the union to take the fight into their own hands, through social media, flying pickets, and targeted campaigns. The frustration and resistance among members that results whenever any significant decisions are imposed, to me, proves further how important this democratic approach has been. 3903 is known for its strong participatory and democratic tradition. The high levels of involvement by rank and file members has long been key to the union’s strength, and has enabled it to strike and win better contracts in the past, just as we are doing now. It is why we have (and are continuing to fight for) one of the best contracts in Ontario.

Wainwright does a compelling job of exploring the sort of ethos that was so central to Corbyn’s victory, and the one that it must, according to her, maintain in order to keep its strength. It is the same sort of ethos I have seen in my own experiences, as empowering people to take control over their working conditions helped make my own union strong enough to take on a powerful employer and win. A New Politics from the Left lays out in an uncomplicated manner the sort of political projects, across several institutional environments, that Wainwright thinks are needed in order for the left to effectively combat neoliberalism. For anyone interested in bottom up, participatory politics, her book is a great start for gaining some understanding of how it has worked at key moments, and how those wishing to practice it could proceed going forward. •

Adam Churchard is a PhD student in the Department of Politics at York University. His work focuses on international relations and critical security studies.