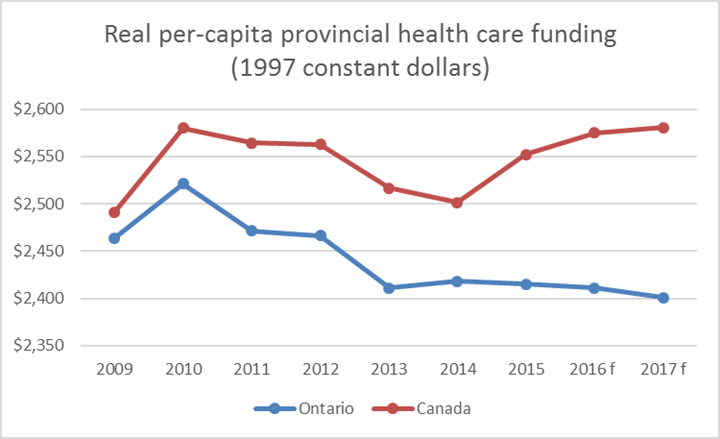 Across Canada real per person funding is in its fourth consecutive year of increase. Since 2009, real provincial funding across Canada is up $89 – 3.6%.

In fact the funding gap between Ontario and Canada as a whole has gown consistently for years (as set out below in current dollars). 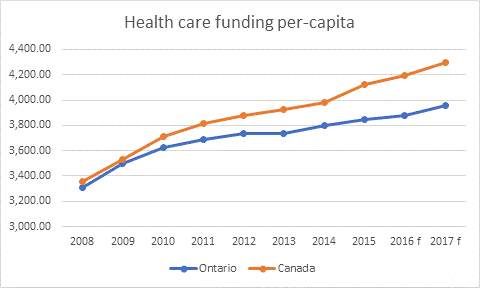 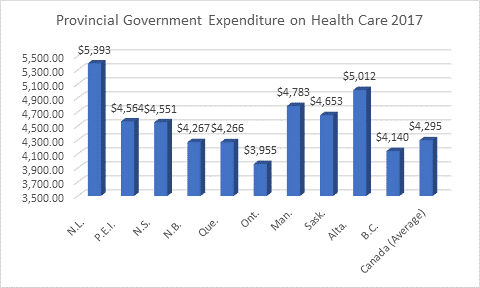 Provincial healthcare spending in the rest of Canada (excluding Ontario) is now $574 higher per person annually than in Ontario. 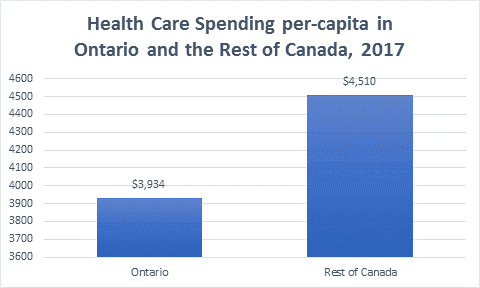 Ontario has not always provided lower than average healthcare funding increases – but that has been the general pattern since 2005. 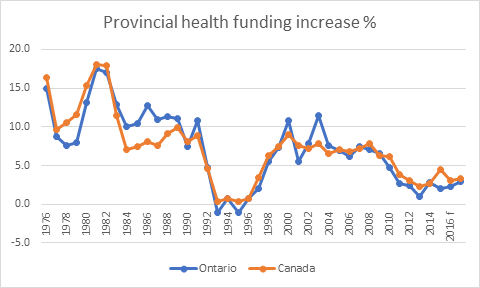 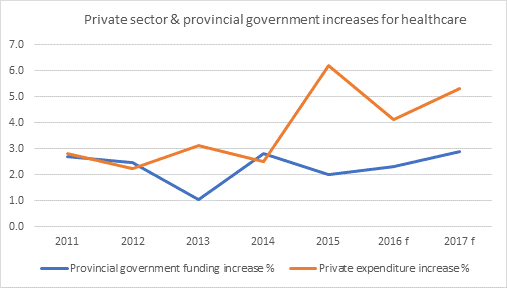 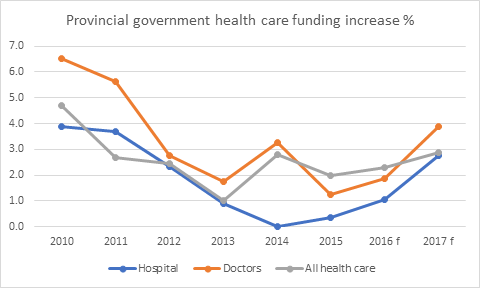 Below is a chart with the provincial government per person dollar funding since 2008 in real dollars (using constant 1997 dollars). In 2017, funding was still less than in 2008 although the Ontario economy is about 17% larger than it was in 2008.

The hysteria from the right about runaway healthcare cost is just that – hysteria. 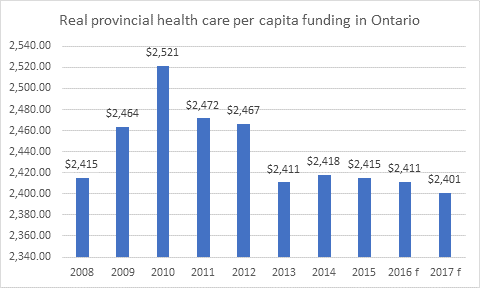 Two-thirds of this dollar cut came from cuts to hospital funding. Since 2010/11 real provincial hospital expenditures have been cut 8.3%. 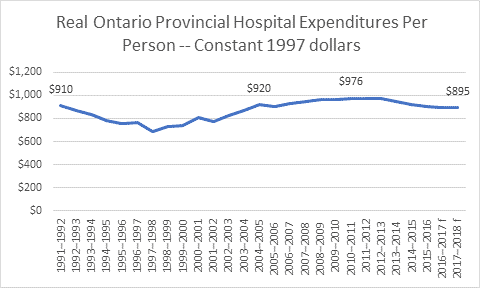 In fact real provincial expenditures on hospitals are lower than they were in 1991 – despite an increase in the median age in Ontario from 33.3 years to 40.6 years and a doubling of the population over 65 (and even bigger increases in the population over 85).

In 1991, Ontario spent more per-person on hospitals than Canadian provinces and territories as a whole, but now Ontario falls far behind. 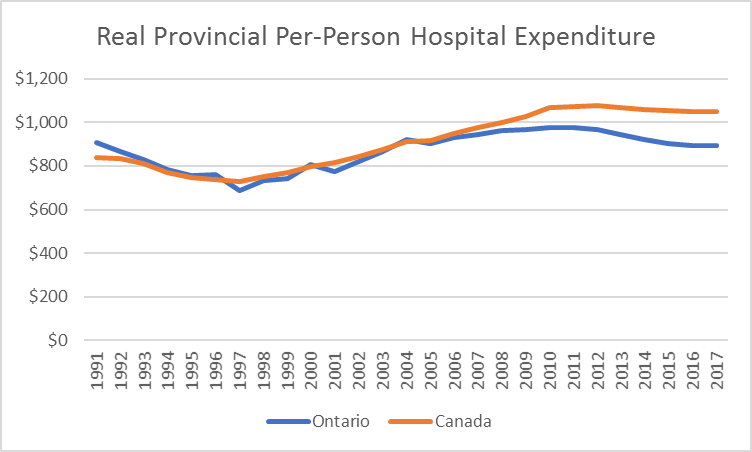 The data for the charts above comes from the Canadian Institute for Health Information National Health Expenditure Trends 1975-2017 data tables with the relevant tables copied below: