Minimum wages have been getting a lot of attention lately. And for good reason. Workers earning minimum wage often struggle to get enough hours, don’t have predictable schedules or advance notice of shifts, and many don’t even have access to unpaid sick days. 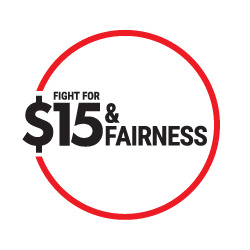 Alberta’s current government was elected on a plan to raise the minimum wage to $15 by 2018, and the Nova Scotia NDP recently tabled a bill that would have the minimum wage increase each January, eventually reaching $15 in 2019.

How many people even earn minimum wage? Well if you take everyone earning less than the primary minimum wage, there were 1,253,000 workers earning minimum wage or less in 2015 (many provinces have exceptions or lower wages for students or alcohol servers).

But if we’re talking about increasing the minimum wage, workers who earn just above that get a raise too. So how many workers benefit directly from a $15 minimum wage? Well, in 2015 about 25% of all workers in Canada made $15 / hr or less. That’s more than 4 million workers. This varies significantly by province, from 18% of all employees in Alberta, to 38% of all employees in PEI [see Table 2].

And while lots of young workers are employed in low wage jobs, many adults are as well. Besides, young workers deserve a fair wage for their labour too.

Finally, women are disproportionately represented in these low wage jobs – fully one-third of women earn less than $15 / hr, compared to only 22% of men [see Table 3].

It’s also important to note that many in the Fight for $15 movement have made associated improvements in employment standards part of their campaign. In Ontario, the 15 and fairness campaign addresses issues such as sick days, predictable scheduling, and contract flipping.

Fight for $15 is a concrete way to push back against growing inequality and precarious work – join the fight for decent work in your province!

This article first appeared at the Progressive Economics Forum.

Angella MacEwen is a Senior Economist with the Canadian Labour Congress. Angella has co-authored Cost of Poverty studies for the three Maritime provinces, and has been involved in several Alternative Budgets with the CCPA. She blogs on labour market issues, poverty, and inequality at the Progressive Economics Forum.