On Monday November 30, the Chinese currency – the yuan – will join the dollar, euro, pound and yen as the world’s official reserve currencies, as recommended by the International Monetary Fund (IMF). Are we reaching the fabled new era of multipolarity, and will it bring stability to a chaotic world economy – “a win-win result for China and the world,” as the People’s Bank of China claims? Or instead, will this herald the amplification of extreme uneven development, worsening financial crises, and the abuse of Chinese economic surpluses, yet again, for the purpose of bailing out the corrupt, fragile world financial institutions and their elites? 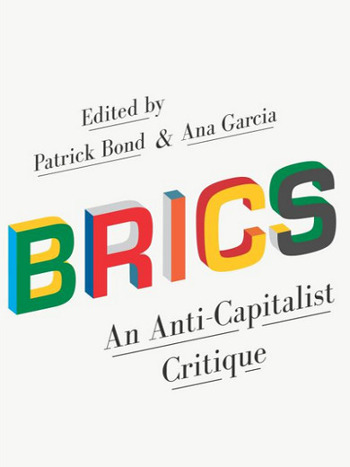 In that optimistic People’s Bank statement, I take the name “China” to mean the neoliberal clique at the helm of Beijing’s economic management and Shanghai’s financial institutions, and the “world” to mean a very shaky capitalist system suffering periodic spasms in its hyper-speculative financial centers.

Since Wall Street’s crash of 1987, these centres have enjoyed Washington backstops (the Federal Reserve Board and Treasury) that have themselves been the lucky beneficiary of Chinese purchases of U.S. Treasury Bills. Reaching the sum of $1.3-trillion in late 2013, that process has finally reversed, with about $100-billion in net T-Bill sales by China since then. But Beijing still holds about a third of its total foreign reserves in these investments, representing more than a fifth of all foreign U.S. T-Bill holdings. In turn, the $6-trillion in U.S. T-Bills is about a third of total U.S. foreign indebtedness.

Moreover, Beijing is mindful of homegrown economic problems, including its own vast overindebtedness, the secondary cities’ real estate meltdown and the $3.5-trillion collapse of the main stock markets mid-year. If London bankers are correct, then as the IMF welcomes the yuan to world-bourgeois respectability, an additional $1-trillion of global reserves could move into Chinese financial assets. That inflow would negate Beijing’s August 2015 two per cent currency devaluation and make the whole system more balanced at surface level (since there is currently so little yuan trade outside Hong Kong), yet far more chaotic underneath as a result of international contagion from a future Chinese debt crisis or from world finance meltdowns finally affecting China. Meantime, China will probably bolster the IMF’s own loan-pushing in its new self-interested currency partnership.

Is there an alternative strategy: an opting-out of the financial death grip between China and the West? And for the other BRICS (Brazil, Russia, India, China, South Africa), is there a way to support the Bank of the South founded by Hugo Chavez (which without Brazil’s support appears stillborn), or to default on ‘Odious Debt’ (as did Ecuador in 2009), or to impose tough exchange controls (as did Malaysia to halt capital flight in 1998), or to insist that state regulators get control of local financiers rather than the other way around?

Aside from Russia (facing partial Western financial sanctions), the answer is no, thanks to the BRICS’ neoliberal decision-making officials now in power. To illustrate, at its founding, the BRICS Contingent Reserve Arrangement (CRA) was designed so the IMF gets ever stronger, the more quickly and desperately BRICS borrowers need a bail-out loan. The CRA articles of agreement compel the borrower to visit Washington for an IMF structural adjustment loan after drawing down just 30 per cent of their quota in the supposedly ‘alternative’ institutions.

Just after the BRICS CRA became operational in late September, Barack Obama’s statement during Chinese leader Xi Jinping’s visit confirmed the game in play: “China has a strong stake in the maintenance and further strengthening and modernization of global financial institutions, and the United States welcomes China’s growing contributions to financing development and infrastructure in Asia and beyond.”

To be sure, Obama was outmanoeuvred on this front earlier in the year – when Beijing’s Asian Infrastructure Investment Bank received European and Bretton Woods Institutions’ support against his wishes – and so in appeasement mode, he told his guest, “The United States commits to implement the 2010 IMF quota and governance reforms as soon as possible and reaffirms that the distribution of quotas should continue to shift toward dynamic emerging markets and developing countries.”

He may break that promise, because Republican members of the U.S. Congress have for five years blocked the quota voting reform, due to their worry about declining power at the IMF, even with minimal shrinkage (from 17% to 16.5% of voting shares). It’s a typical silly rightwing-populist ruse, for Obama has protected the U.S. veto by not letting his delegate’s voting quota fall below 15 per cent.

In return, said Obama, “The United States supports China’s presidency of the G-20 in 2016.” After all, Beijing will also “promote international trade and investment as engines of global growth,” even if left out of Obama’s trade deals.

In reality, China stands poised to be the engine of global crisis. Though he is not always trustworthy, the Ronald Reagan regime’s former Budget Director and subsequent Wall Street financier, David Stockman, is scathing about China’s governing elites: “In the process of taking its debt from $2-trillion in the year 2000 to $28-trillion at present, in fact, China has erected an endless string of uneconomic public facilities and industrial white elephants that boggle the mind. For instance, it has 1.1 billion tons of steel capacity: 400-500 million tons more than its domestic economy will ever be able to use on a sustained, sell-through basis.”

Here in South Africa, the steel industry is an obvious victim of Chinese overcapacity, with the recent closure of the second biggest firm, Evraz Highveld (owned by a Russian tycoon) and the shuttering of many foundries belong to the world’s largest, Arcelor Mittal (owned by an Indian tycoon). The 10 per cent tariff protection offered the two by the Trade and Industry Minister (a Communist Party member, Rob Davies) is simply a flimsy bandage: much needed for flesh-wounds but not much use against China’s fatal overproduction malady.

For this reason, the world’s most frivolous investors, notorious for fad acronyms and investor-churning, have just abandoned the BRICS: Goldman Sachs. On November 8, the bank that brought the world to the edge of the financial cliff after gaming U.S. home mortgages and other ‘toxics’, closed its main BRIC (i.e. minus South Africa) investment fund. That fund’s peak valuation of $842-million in 2010 was reduced by 88% in value to $98-million this month. Over the same period, $15-billion was withdrawn from the four economies by Goldman Sachs and other frightened investors.

In this chaotic context, the IMF’s assimilation of the yuan helps prepare world financial markets for the next version of bailouts, perhaps similar to the 2008-13 Federal Reserve ‘Quantitative Easing’ and 2009-style IMF Special Drawing Rights pump-priming. If in coming months recessionary winds howl, as expected, it appears the BRICS and especially China will blow even harder to keep the West’s financial house of cards standing.

“the power balance within the BRICS today seems to dictate a sub-imperialist stance in relation to global finance, instead of an anti-imperialist one.”

They shouldn’t, but the power balance within the BRICS today seems to dictate a sub-imperialist stance in relation to global finance, instead of an anti-imperialist one. To illustrate, the two men the Pretoria regime just deployed to co-direct the BRICS New Development Bank go to Shanghai from high-paid jobs at, you guessed it, Goldman Sachs-Johannesburg: Leslie Maasdorp and Tito Mboweni.

To change that power balance here in South Africa, much more pressure is needed from below:

Those, at least, are hopeful signs that while China shifts the deck-chairs on the world financial Titanic and while the BRICS sink fastest into the whirlpool, a few life-preservers are being readied for the rest of us on the lower decks here in South Africa.

Internationally, other life-rafts are being pumped up or hopefully can be quickly reinflated: European struggles against austerity, the Occupy movement and its various residues, debt cancellation advocacy and the Third World’s thousands of ‘IMF Riots’ over the last third of a century. Sure, that kind of counter-power has repeatedly risen and then rapidly shrivelled during the neoliberal era’s contestations against corporate and banking elites.

So in your neck of the woods? What preparations are activists and progressive strategists making for the next 2008-type financial melt? •

This article appeared originally at CounterPunch.org.