The Tragedy of the Commons, the Pope, and the System

There’s an old argument that common property inevitably leads to exhaustion of resources.

In the parable of “the tragedy of the commons,” the story is told that, given the absence of private property, everyone had an incentive to graze his own animals on the common fields without limit with the result that overgrazing destroyed the land. No matter that, historically, individual communities have always found ways to manage their common property; nevertheless, the story continues to be told. There is, after all, a underlying lesson. The tragedy of the commons occurs in a particular finite space, when there are separate and indifferent self-seeking actors, when there is no communal consensus as to how to manage the commons and where, accordingly, self-seeking actors take whatever they can from the commons. 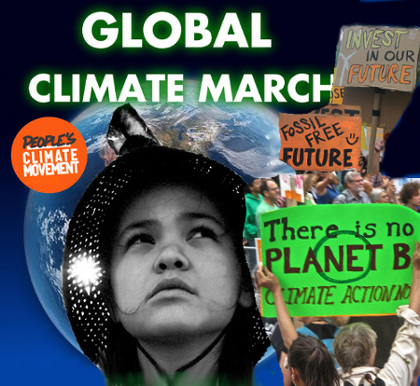 Now, there is a sobering thought if we have paid any attention to the problem of climate change. For, as Pope Francis’s recent Encyclical Laudati Si, “On Care for our Common Home,” stresses, “the climate is a common good, belonging to all and meant for all” and is ‘linked to many of the essential conditions for human life” (23). Not only, however, are we destroying those conditions, the Encyclical argues, but, “the earth, our home, is beginning to look more and more like an immense pile of filth” (21).

The message of “On Care for our Common Home” is simple: the earth is our commons, it is limited, and we are not managing our commons in a way that is consistent with its sustainability and justice. Indeed, the Encyclical is unequivocal in describing the despoiling of our common home: the pollution, toxic waste, global warming, rising ocean levels, acidification of oceans, deforestation, natural resource depletion, drought, and food and water shortages, et cetera. How is it, the Encyclical asks, that we have “so hurt and mistreated our common home as we have in the last two hundred years” (53)?

At the core of the problem, it proposes, is Mammon – in particular, the worship of profit. Thus, Pope Francis attributes the destruction of the ecosystem to the search for “quick and easy profit” (36), to the “principle of the maximization of profits, frequently isolated from other considerations” (195), to the one-sided “pursuit of financial gain” (56) and, to finance, which “overwhelms the real economy” (109). The Encyclical accordingly calls upon us to “reject a magical conception of the market, which would suggest that problems can be solved simply by an increase in the profits of companies or individuals” (190).

The key word here is simply. The Encyclical, after all, is not an argument against capitalism. Rather, its perspective is to modify the one-sidedness of a focus where “profits alone count.” It argues against the worship of the market (its deification) and pleads for responsible state regulations to check the destructive effects of the market through “an integrated approach to combating poverty, restoring dignity to the excluded and at the same time protecting nature” (197, 139). The Papal Encyclical is a call upon people to break with the dominant ideology, a call for a cultural revolution, a call to struggle against privatisation and against neoliberalism.

And, significantly, it is a plea for global justice. Although “the earth is essentially a shared inheritance, whose fruits are meant to benefit everyone,” the document stresses that billions of people, the majority of the planet’s population, are excluded from those benefits and furthermore suffer the most from environmental degradation (93, 49) Accordingly, our world, the Encyclical insists, has a “grave social debt toward the poor” and thus must hear “both the cry of the earth and the cry of the poor” (30, 49).

Of course it won’t be easy to pay that debt when a minority of the world believes “that it has the right to consume in a way which can never be universalized” because of the limits of the earth (50, 109). But do we have a choice?

To respond to the cry of the earth and the cry of the poor requires much more than concentration upon global warming and climate change. Struggling against the processes generating global warming is the minimal condition for preventing destruction of our common home. Right now, though, it is the necessary focus as the COP21 governmental meetings in Paris on climate change approach. To communicate our fears and anger over the present and future state of our commons, people will be demonstrating around the world – including in Vancouver on November 29 starting at the Vancouver Art Gallery at 1 pm.

Will that make a difference? All indications are that any verbiage and actions that emerge from those meetings will fall (as they have in the past) desperately short of the measures needed.

There is a reason for this. The drive for profits dominates our world (and the governments convening in Paris); indeed, the tragedy of our commons is that our finite world is being destroyed by the relentless drive for profit, by the system we must name – capitalism. And, when we understand the nature of the system, we recognise that, though we may introduce particular barriers, particular regulations and restrictions, capital will drive beyond those barriers. Restrict one self-seeking firm and another takes its place; regulate certain practices in one locality and capital moves elsewhere to grow. As long as we deal with symptoms instead of the root of the problem, our solutions will be the application of bandages for a terminal illness.

The root of the problem, simply, is that human beings and nature are means for capital rather than ends in themselves; accordingly, capital tends to destroy both original sources of wealth in its drive to expand. Apres moi le deluge is its message. But we can prevent the deluge by sending a different message – not a message to governments but a message to ourselves by demonstrating that we are many and that we are strong enough to care for our common home. •

This article first was first published on the Georgia Straight website.