The heads of big retail might be walking with a spring in their step this week due to a potentially generous gift from Ontario Premier Kathleen Wynne. After months of wrangling over what to do with The Beer Store (TBS) semi-monopoly, granted by the Ontario government to some of the world’s largest beer companies, Wynne has decided to open things up – to a select group of giant retail chains. 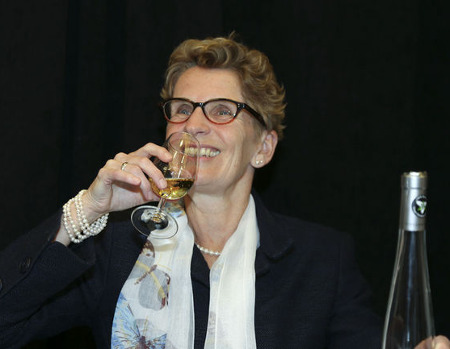 According to media reports, Wynne plans to offer special licenses for the sale of beer at 300 stores across Ontario. She also plans to impose new taxes on TBS, and loosen restrictions on wine sales.

To allocate these coveted licenses, they will be auctioned to the highest bidder. This means retail chains will have to pay money upfront to get in on the
beer game – but only because they know they will make far more money in the end.

This ensures that the Ontario government will be able to claim a big chunk of money, for what would appear to be a one-time deal. It also ensures that
these licenses will go to those with the most money to bid for them and win.

This is not an end to the beer semi-monopoly, but rather its extension to a tiny group of corporate giants. It also threatens the one alcohol semi-monopoly in Ontario that works really well – the Liquor Control Board of Ontario (LCBO).

Unlike the TBS, where the benefits of semi-monopoly flow into private hands, with the LCBO, the benefits flow to the general public. For every dollar spent at the LCBO, around 35 cents goes to the province to fund an array of public services and infrastructure. Expanding big retail’s involvement in Ontario’s alcohol market means that more of this money, millions of dollars of it, will now go to corporations instead.

And if you thought the new taxes paid by retail chains making more money from alcohol sales would compensate for lost revenue from the LCBO over the years, this is extremely unlikely.

In 2012, the LCBO paid a dividend – its profits – of $1.63-billion to the provincial government, not including $767-million in federal excise taxes.

Loblaw Companies Limited, Canada’s largest food distributor, paid $215-million in total income taxes in 2012, less than 13 per cent of the LCBO’s payment to the province.

The LCBO also has a long history of supporting the domestic wine and beer industries, well beyond what we can expect corporate retail chains to do.

Ontario’s wine industry received preferential markups for decades, until the government was forced to abandon them in the 1990s as a result of the U.S.-Canada Free Trade Agreement. Since then, the LCBO has given Ontario wine the best shelf space – which is highly coveted retail space – and significant marketing support.

Ontario wine, the vast majority of which is not considered internationally competitive, is now the province’s number one wine supplier, ahead of Italy, France and all of the world’s major wine countries. This amounts to significant economic activity and greatly reduces the province’s ecological wine footprint.

Walmart-ization of Ontario’s Beer and Alcohol

For years now, critics of the LCBO have argued that it needs to act more like a conventional retail chain, like Walmart, and force down prices paid
to its suppliers. With this prospect now firmly on the horizon, Ontario wine producers might ask how desirable this will be.

Giant retail has a history of demanding lower prices from their suppliers, while micromanaging production and quality. This often puts a big squeeze on suppliers, forcing them to cut costs by paying workers less or adopting more hazardous or environmentally destructive practices.

One might also forget, in the age of austerity, that the LCBO provides generally good, unionized jobs. The retail industry is notorious for providing the opposite.

A 2012 report from Sustainalytics, a corporate social responsibility research body, chastised retail companies for “cutting back on wages, benefits, and full-time positions to drive down costs.” As a result, the average annual employee turnover in the retail industry is around 75 per cent, compared to the LCBO’s, which is less than 5 per cent.

While conservative groups frequently criticize the LCBO for providing these jobs, we must remember that we are all more than consumers. Goods jobs at the LCBO mean good jobs for our friends and neighbors, for our children, and for our society, which fuels demand and drives opportunities for all.

Opening up Ontario’s alcohol sales to big retail does mean greater convenience to consumers. But, it also means, over the long term, less money for public services, less support for local industry, and fewer good jobs.

What it doesn’t mean is the end of the province’s semi-monopoly in beer sales. Instead, it means that a few more corporate giants will be getting in on the action. •