The Left Must Offer a Real Alternative

Ed Miliband’s challenge to “the manufactured, the polished, the presentational” practice of politics, where democracy is reduced to “showbiz, a game, who is up and who is down,” deserves to be discussed in terms that go beyond the effect this may have on his own electoral prospects. It should open up a larger debate on what’s wrong with the practice of democracy today. For it is indeed the case that “people’s sense of the artificiality, the triviality, the superficiality of politics is more highly tuned than ever,” not only in the UK, but in one country after another. 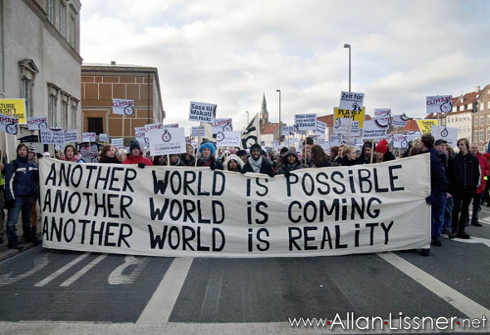 The clear trend across much of Europe toward lower voter turnout (falling in many countries, including the UK, from percentiles in the high 70s to the low 60s) is a direct reflection of this. One of the main factors that political sociologists traditionally adduced in explaining why voter turnout in the U.S. was so low was the absence of the type of mass socialist parties that galvanized left-right political discourse in terms of their search for an alternative to capitalism, and mobilized working-class people in the UK and elsewhere in Europe into participation in the electoral system. It did not do any electoral damage to Clement Attlee in 1945 that he was hardly from central casting either.

But what was once called American exceptionalism in the comparative study of western democracies is well and truly a thing of the past. As Europe’s formerly socialist parties (whether they have retained the name or not) no longer presented an alternative to capitalism as a possibility, the U.S. political style – and the personalization of elections and low voter turnouts that came with it – became not the exception but the exemplar.

It is one thing to recognize this and quite another to be able to do something about it. It is most unlikely that Miliband’s call for “responsible capitalism” will refresh genuine political debate let alone galvanize anew a meaningful left-right discourse at the popular level. The real problem with “responsible capitalism” is not that it sounds clunky on the doorstep but rather that ordinary people know in their gut that it is a contradiction in terms. They can sense how evasive it is in relation to their own experience.

In the 1965 Socialist Register, edited by Miliband’s father Ralph Miliband, Dorothy Wedderburn presciently pointed out that “a social reform won at a particular point of time can become adapted, modified, less effective as a result of market forces acting upon it. We cannot insulate our socialist victories from the complex operations of the capitalist system.” This was already happening to social insurance, she pointed out, where the “wage-relation as a basis for fixing social security benefits,” increasingly involved accepting “the judgment of, and the inequalities in, the market.”

What is today called irresponsible finance was in fact incubated in the postwar decades, and it had outgrown the old boys’ City networks through which postwar state regulations operated long before they were finally removed by Margaret Thatcher’s “big bang.” In fact, the sterling crises that rocked Labour governments in the 1960s took place in the context of the deepening integration between Wall Street and the City. These crises rendered incredible Anthony Crosland’s confident claim just a decade earlier that there had been an irreversible “transformation of capitalism” in terms of the “diminished power of banks and financial markets” amid the overall loss of the “commanding position” of the capitalist class.

Merely blaming Thatcher free-market rhetoric and sheer force of will for the undoing of the Keynesian welfare state ignores the deep crisis it was already in by the time she came along. As the main parties of the left responded to the growing contradictions between capitalist markets and social reforms by trying to cling to the chimera of a responsible capitalism, neoliberalism triumphed everywhere. The misguided attempt to cling to a romanticized image of a stable responsible capitalism in the face of the rise of neoliberalism was recognized as a failure by New Labour. But by embracing so completely a financialized global capitalism centred in the City of London, it further contributed to the growth of this chaotic and increasingly irrational system – as 2008 proved.

Miliband’s attempt to distance himself from this is to his credit, although the architects of New Labour will continually try to contain him by threatening to divide the party in the run up to next year’s election. But the compromise of clinging to the tired old discourse of responsible capitalism is not the way to go. Ordinary people recognize it for the doublespeak it is. And if they are not offered a positive vision and plan for a renewed democratic socialism that embodies cooperation rather than competition as the basis of social life – if they are not offered, that is, any alternative to capitalism – they will increasingly cling to whatever toehold they have within it at the expense of the “others.”

This will in turn only feed further the growing vote for the extreme nationalists of the far right. The stakes involved in reclaiming democracy from “photo-op politics” could not be higher. •

Leo Panitch is emeritus professor of political science at York University, co-editor (with Greg Albo) of the Socialist Register and co-author (with Sam Gindin) of The Making of Global Capitalism (Verso). His new book, co-authored with Colin Leys, Searching for Socialism: The Project of the Labour New Left from Benn to Corbyn (Verso).