Conservative British Prime Minister Margaret Thatcher famously declared on many occasions that “there is no alternative” to economic liberalism and free trade. This popular slogan, referred to by the acronym “TINA,” has persisted beyond Thatcher’s own time in office, which ended in 1990, and has become a widely accepted wisdom. Given the overall popularity of free trade among political parties and economic elites, as well as huge swaths of the general population in the North and the South, Thatcher’s TINA might seem to have been quite prophetic, if over-confident or even downright arrogant. A closer examination, however, reveals that TINA was built on shaky foundations. 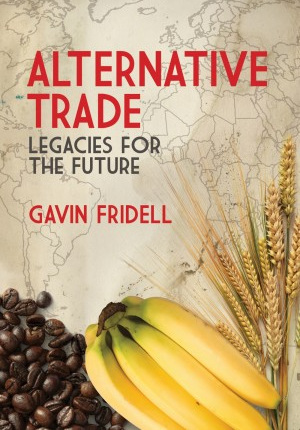 First, alternatives to free trade existed in Thatcher’s time and continued to persist long after she was gone. If this had not been the case, Thatcher would not have put so much effort into promoting TINA in the first place, aggressively pushing policies of economic liberalization and privatization, while carrying out public spending cuts and attacking the rights of organized labour.

Second, despite a certain official consensus among the majority of politicians and policy makers over the benefits of free trade, real world trade does not look much like free trade. While governments have agreed to reductions in tariff barriers over the past two decades, they have also increased the number of non-tariff barriers to trade.

Third, TINA assumes that all attempts to conduct trade in a manner at odds with “free trade” have been total failures. The superiority of free trade is generally assumed or revealed through complex mathematical models. The real history of world trade, and trade alternatives, is often overlooked, smothered by TINA with little sober reflection.

In my book, Alternative Trade, I seek to explore precisely those alternatives to free trade that have so often been overlooked. I focus particularly on some of the most successful attempts by governments to regulate markets in coffee, wheat, and bananas in the interest of small farmers, poorer countries, or both. These projects went beyond today’s more market-driven ethical trade models, involving a central role for government in publicly managing markets.

One such project was the Canadian Wheat Board, which successfully managed most Western Canadian grain sold internationally and for domestic human consumption for nearly 70 years. From 1943 to 2012, the Board acted as the state-mandated monopoly seller for the majority of Canadian wheat, durum, and barley, during which time Canada emerged as a leader in the global grain trade and the Board developed into one of the most successful public trading enterprises in modern history.

The Board used price pooling, high quality controls, and its control of Canadian grain, representing around 14 per cent of the world’s total exports, to offer coveted large contracts to major wheat-importing nations, attaining better price stability and additional price premiums. The Board also mobilized to defend farmer interests against the private railway oligopoly and other powerful corporate actors. In 2004, the Board played a key role in blocking the introduction of Monsanto genetically modified wheat, after which it successfully worked to develop Canada into one of the world’s top growers of organic grain.

Despite the Board’s many achievements, in 2012 Canada’s Conservative government eliminated its monopoly seller status, turning the Board into a voluntary organization slated for full privatization. This despite the fact that the Canadian Wheat Board Act required a vote among prairie grain farmers, which was not held, and a 2011 plebiscite conducted by the Board saw a majority of farmers vote to maintain its status.

The decision was partly an ideological one, with the Harper government aiming to prove the inevitability of TINA against the will of the majority of grain farmers. It was also an economic one, carried out in the interests of a handful of corporate giants that dominate the global grain trade and are keen to move in and take control of the multi-billion dollar Canadian wheat market.

The effectiveness of the Board for prairie farmers has been driven home over the past year as private companies have grabbed an increasing share of the port price at which grain is sold for export. According to extensive analysis by the Canadian Wheat Board Alliance, a prairie wide farm group, farmers’ share of the port price of grain has declined from around 84 per cent during the years of the Board, to around 41 per cent today.

There are many examples of state market management that were much less effective than the Wheat Board, and in some cases intensely corrupt and highly destructive. But other cases have also existed with successes similar to those of the Board.

In St. Vincent and the Grenadines in the eastern Caribbean, for example, for decades a relatively effective and responsive public banana marketing board existed alongside an international agreement providing protected access to the UK market. The agreement, while certainly not without its limits, allowed for the existence of small-scale, family run farms that grew bananas in less chemical-intensive ways and provided incomes that were nearly three times that of often extremely low-paid workers on giant plantations in Latin America. Despite its benefits, the World Trade Organization declared the arrangement an affront to “free trade” and its core protections were eliminated in 2006. As a result, the number of banana farmers on the island has declined by over 85 per cent and the banana industry is in a state of crisis.

What these examples and many more demonstrate, is that TINA, in the final analysis, is not a prophetic statement but an aggressive posture aimed at all alternative projects, including those that are quite feasible and desirable.

The most effective alternatives have not been eliminated because they failed to meet the needs of farmers, but rather because they interfered with corporate profits and corporate dominance of the global food system. Recognizing this, is a key step toward imagining new alternatives for the future. •

This article draws on excerpts from the book with permission from Fernwood publishing.

This article was originally published in the Watershed Sentinel, western Canada’s environmental news magazine and here’s a link to the subscription page.