The Greatest Swindle in Toronto’s History

Toronto exists because of one of the biggest swindles you can think of. In 1787, the British Crown first made what was known as the Toronto Purchase from the Mississaugas who were the Indigenous Peoples in the region. However, this was no tidy real estate transaction, the deed for the original purchase was left blank, the exact size of land was unclear and the names of Mississauga chiefs were attached to it by separate pieces of paper. Payment for this dubious purchase was some small arms and tobacco. 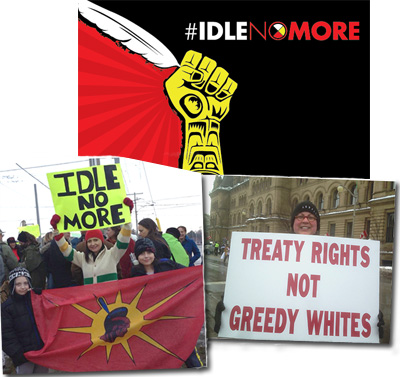 In January 1794, Governor General Dorchester wrote a letter to John Simcoe, the Lieutenant Governor of Upper Canada, stating that the blank deed was of “no validity” and called it “an omission which will set aside the whole transaction, and throw us entirely on the good faith of the Indians for just so much Land as they are willing to allow.”

In December 1794 Dorchester wrote to Alexander McKee, then the Deputy Superintendent General of Indian Affairs, saying “proceedings are so informal and irregular as to invalidate and set aside the whole transaction,” and that the deed itself was “of no validity or value.”

In 1805, a new effort was made to establish British legitimacy and ownership of the area a new deed was drawn up dramatically expanding the area claimed by the Crown and a scant 10 shillings was paid for 250,880 acres of land. The new boundaries stretched from the mouth of Etobicoke Creek to Ashbridges Bay and 40 kilometers north to what now is approximately Highway 9.

Not only that, but the location for the purchase was selected specifically as a strategic point of access by rivers and Lake Simcoe through to Lake Huron and the profitable fur-trade that existed in the north. The safe harbour along Lake Ontario would then facilitate easy transit of furs and other goods.

Like I said, Toronto exists because of a swindle of epic proportions.

It took another 205 years for the Mississaugas of the New Credit First Nation to reach a settlement with the government of Canada on their obvious claim that proper compensation was not paid for the land.

In 2010 a landmark, negotiated settlement saw the federal government pay $144-million to settle the land claim of the Toronto Purchase. That amount was based on what was considered a fair price for the land in 1805 extrapolated to 2010 dollars. The agreement was reached only after almost 20 years of legal requests, an official commission and negotiations between the Mississaugas of the New Credit and the federal government.

As a Torontonian I’m glad that the government finally paid up, but this process of thieving colonialism is still playing out today and the righting of historical wrongs doesn’t go far enough if we don’t learn from our past mistakes and not repeat them. Unfortunately, the recent changes to the colonial relic of “The Indian Act” by the federal government shows we haven’t learned our lesson. The changes that the bill makes are significant covering issues such as full or partial surrender of reserve land without a vote by the majority of community members as was previously required.

“Think about it this way, say you had a First Nation of 5,000 band members and there’s a small contingency who want to make a deal with Enbridge to have a pipeline go across a community and the majority didn’t want to have that. Well, you can now set up a vote to surrender a piece of the reserve land to allow a pipeline to go through by those handful of people.”

Palmater nails the essence of what’s happening today and how it’s the same as 200 years ago. Only instead of a profitable fur trade, Canadian and international corporations are salivating at the prospect of new mineral, oil and gas resources from northern Ontario’s “Ring of Fire” to the expansion of the Oil Sands in northern Alberta.

“Keep in mind about two-thirds of reserves in this country were set up via treaties. Those treaties are constitutionally protected. Those reserve lands are set aside for the exclusive use and benefit of band members only” said Palmater when asked how Bill C-45 violates treaty rights. “So the concept of surrendering those lands, either conditionally or unconditionally, is something that takes away from the collective use and benefit of those reserve lands – especially if the integrity is not maintained.”

The longstanding intransigence of the Canadian government on negotiating agreements with First Nations around land claims and sovereignty needs to be radically changed. However, to replace the foot-dragging of previous policies with the unilateral take-it-or-leave-it approach that the conservatives are taking is no way forward.

What we need as a society is a new conception of nation building that rests on the dual pillars of respect for Indigenous Peoples’ sovereignty and our responsibility to create a society as partners ensuring we all equitably share the wealth and protect this great land.

It is clear that the government and corporate elites don’t share that vision and would rather continue down the profitable path of colonialism and theft. But together ordinary people can work to prevent the modern swindling of First Nations, and working-class Canadians, from happening again. •

This article first appeared at The Dialog newspaper.

Mick Sweetman is the editor of The Dialog newspaper at George Brown College, Toronto. He also hosts a weekly news show on CJRU 1280AM.