Czech Elections: ‘No’ to Austerity and ‘Yes’ to Strengthening the Left

On 12–13 October 2012, elections took place in the Czech Republic. The elections were for regional assemblies and one-third of the Senate. Their political impact could have far-reaching results for the whole of society. They signalled a resounding “no” to cost cutting and complete submission to the demands of the world financial sector for a quick restart of neoliberal capitalism. 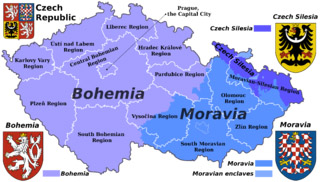 The regional elections can be characterized as follows:

How Should We Assess the Outcome For the Left?

In almost all the regions, the CSSD and KSCM can form majority coalitions. In the previous election period they were in open coalitions in two regions, and the results show that citizens assessed them positively. In some other regions there were minority CSSD governments with the tacit support of the KSCM, or other coalitions were formed and the KSCM was in opposition. It has been shown that these coalitions did not bring the CSSD better results in this year’s polls. A key question now facing the CSSD is as to whether it is willing to enter open coalitions with the KSCM, or whether it will look for ways to avoid this, even though it is aware of the danger that voters will not forgive it for joint local government with the right-wing governing coalition.

Election into regional councils in Czech Republic held in October 2012

The current ruling coalition: ODS + TOP 09 + LIDEM did not participate in this election.

Voting for the KSCM ticket (which included party members and non-members) can be characterized as follows: It is a rejection of liberal capitalism and its concept of cuts; burdening the citizens, employees, the middle class and pensioners with the costs of the crisis of the system; and affecting the owners of capital as little as possible. It is also an expression of disgruntlement with the policies of the CSSD, understood as an effort to do away with the most palpable impacts on the middle class but rarely putting forward demands for more fundamental changes. The third reason could consist in the fact that in the last parliamentary elections new parties with very unclear programmes but very attractive slogans scored considerable successes. They subsequently let down their voters, who this time cast their votes far more carefully and did not go in for major experimentation (for example a party Veci verejné/Public Affairs had obtained 10.88% in parliamentary elections and only 0.25% now). Therefore the KSCM ticket, and the party’s critical profile, attracted their interest.

Other radical left organizations did not stand in the elections, if we do not count the KSC (Communist Party of Czechoslovakia). Its roots are based in the Communist Party (before 1989) and therefore it can be viewed as representative of communist orthodoxy. The party’s results (it stood in only four regions) did not influence the overall outcome (total 0.55%, the best 2.21% in one region). Neither did the ballot papers see a particularly impressive showing on the part of representatives of left-wing NGOs, citizens’ associations, etc. Such groups very much underestimated the preparatory period and did not put forward their own proposals, did not hold negotiations with the KSCM and did not particularly assert themselves either in formulating programme documents or on joining KSCM tickets. The performance of the Greens was also negligible (1.75%). Only in a coalition Greens have some mandate in one region.

The KSCM’s good results were the consequence of the party’s long-term pragmatic and considerate, practical policy. From time to time, some functionaries make “principled” speeches or visibly display their loyalty to “ideas” and pull no punches in their sharp criticism of capitalism. However, at the regional and municipal levels in particular, a policy of taking an effective approach is followed, slowing the asocial steps of the government and contributing to shaping a positive picture of the KSCM among the public. Programme issues were not at the forefront in this year’s elections, with the presentation of all parties’ manifestos transformed into short slogans. The KSCM, whose electorate is over 10 times bigger than its membership, must be aware that many voters are not willing to go beyond capitalism and are in essence scared of fundamental changes to the system. The main aim of the bulk of left-wing voters is a kind of modification of the welfare state. This is reflected in the practical political work of KSCM representatives.

From the left-wing perspective, these elections are also testimony to the failure of radical left alternatives outside the KSCM. They failed to present alternative radical left variants of social development. Neither, and that is due to the passivity of such organizations, did they put forward concepts of European left-wing unity and a common approach. The KSCM is very wary of European integration and in essence opposed to the EU in its current form, which is the reason why a fundamental European “tone” could not have been expected of it. In the case of non-Communist radical left-wing groups, the anti-communism of some among them is quite pronounced, for instance in the rejection of the party system as such. However, in reality such ideas have a negligible chance of resonating in society; if they are visible externally, it is in the form of electoral abstinence.

My last remark touches on the international political aspect of these “local” elections. It has been confirmed that there is in Czech society a stable (and now somewhat rising) block of left-oriented citizens who believe that traditional social democracy is not capable of fulfilling their ideas as to how society ought to be run. Therefore they have given significant support to a radical left organization. In its way, this is a unique situation among the post-communist countries. In a long-term perspective, the KSCM is the only such relevant power in Central and Eastern Europe. This should be taken into consideration in the shaping of left-wing European strategy. The Central and Eastern European space urgently requires a common radical left-wing policy, and it is clear today that, without the active integration of this Left in the Czech Republic, this is not possible. Therefore it is absolutely necessary that in the short term even non-traditional ways be found to restart active and strategic cooperation. The complicated situation of the EU, and the political contingencies unfolding from it, demand that the European Left finds new types of cooperation and more effective coordination.

Second Round of the Senate Election:
The Left Cemented Its Dominant Position

The second round of the Senate election was held on 19-20 October and confirmed the strengthening of the Left. This time, the winner was the CSSD (Social Democrats), it means a moderate Left. KSCM (Communists) defended one senatorial seat, but lost in direct duels in the 2nd round with SD 9:1. The losses of the Right continued as expected. The ODS defended only four electoral districts and lost 9 seats.

After this election the Senate (total 81 seats) is constituted as follows: CSSD – 46 seats, KSCM – 2 seats, ODS – 15 seats, TOP 09 – 4 seats, Green – 1 seat, Pirates (in coalition with Christian democrats and Greens) – 1 seat. The turnout was only 18.6%, the lowest lay by less than 10%. The highest turnout was in Prague 8, where the direct “confrontation” between KSCM (vice chairman J. Dolejs) and ODS (its candidate was supported by the Czech president and party leaders overtly) placed 30%. The result was 62.5% and 37.5% respectively. Prague still remains a fortress of the Right. •

Jiri Málek is a member of the Society for European Dialogue (SPED) in Prague, Czech Republic.