Public Sector Austerity: Why is Canada Leading the Way?

The major economic problem faced by Canadians is a very slow recovery and weak job market, not government deficits or rising debt. But public spending cuts at the federal and provincial level will make the real problem even worse. And, government spending cuts in Canada seem set to be even greater than in other advanced industrial countries, even though our overall deficit and debt situation is much better. (The data for this post are taken from the Tables attached to the May 2011 OECD Economic Outlook.)

Notwithstanding the weak economy, the focus of the Conservative federal government and most – if not all – provincial governments – is on large spending cuts to quickly reduce deficits. This is the case despite the fact that total Canadian government debt and deficits are low. Total Canadian net government debt in 2011 is just 33.7% of GDP compared to an OECD average of 62.6% and 74.8% in the United States. 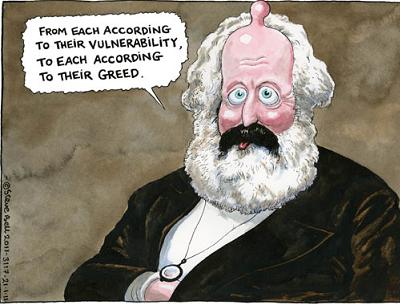 Further, interest rates are at historically low levels. The Government of Canada can borrow through 10 year bonds at well under a 3% rate of interest, and provinces pay only slightly more.

Despite the weak economy and our superior fiscal position, the scale of fiscal retrenchment in Canada forecast by the OECD – presumably on the basis of fiscal data submitted by governments – seems set to exceed the OECD average.

As of June, 2011 the Canadian job market remained much weaker than before the crisis in October, 2008. The unemployment rate was significantly higher (up from 6.1% to 7.4%), the proportion of the work force with any kind of a job was lower (down from 63.5% to 62.0%) and the proportion of both part-time workers and involuntary part-time workers has risen sharply. Full-time, permanent jobs remain very hard to find in many parts of the country.

The prospect in 2012 is for continued very sluggish growth, with unemployment stuck significantly above 7%. The U.S. economy remains extremely weak due to high household debt, a very weak housing market, and the turn from a weak and inadequate stimulus program to spending cuts. Austerity is also the order of the day in most of Europe.

The OECD and the IMF are now forecasting a very weak recovery in the advanced economies, which will weigh heavily on Canadian exports of manufactured goods given the very high exchange rate of the Canadian dollar. Outside of the energy and mining sectors which provide relatively few direct jobs, the Canadian recovery is clearly weak and fragile.

Despite the frequent claims by the media that the Canadian economy is in much better shape than other advanced industrial countries, the OECD forecasts the output gap in 2012 will be 2.2%, just a bit less than the OECD average of 2.4% and the U.S. output gap of 2.4%. (The conventionally estimated output gap seriously under-estimates the extent to which economies are operating below potential, but does so in a consistent way.)

Public sector austerity will have negative impacts on growth and job creation across the advanced economies. According to IMF staff economists, a 1 per cent of GDP fiscal consolidation reduces real private consumption over the next two years by 0.75 per cent, while real GDP declines by 0.62 per cent.

The key question for Canadians is why we are taking the lead in imposing austerity, even though our economy is weak, and even though our deficit and debt situation is superior to most other countries.

The priority in the 2012 federal and provincial Budget round should be maintaining the momentum of the recovery and creating jobs, not artificially speeding the pace of deficit reduction through counter-productive spending cuts. •

This article first appeared on the Progressive Economics Forum website.

Andrew Jackson is Senior Policy Advisor to the Broadbent Institute and former Chief Economist of the Canadian Labour Congress. He has written numerous articles for popular and academic publications, and is the author of Work and Labour in Canada: Critical Issues, published by Canadian Scholars Press (2005). His writings on the Canadian economy and unions can be found regularly at progressive-economics.ca.