On May 22, Honduran president Porfirio Lobo Sosa and former president José Manuel Zelaya Rosales signed an agreement “For National Reconciliation and the Consolidation of the Democratic System in the Republic of Honduras.”

Lobo was elected in November 2009 in a rigged vote organized by the regime installed through the June 28, 2009 military coup that overthrew Zelaya. The majority of Latin American and Caribbean nations refused to recognize the legitimacy of the Lobo government, despite the strong support it received from the United States and Canada. 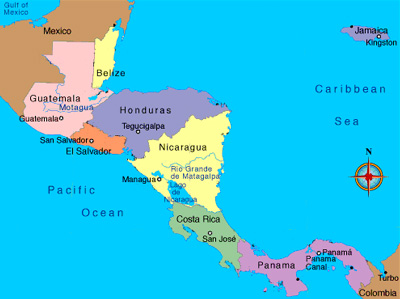 This agreement opens the door to significant changes in the Central American political landscape and to the re-entry of Honduras into the Organization of American States (OAS) and SICA (Central American Integration System).

An earlier article on this website, “Freedom for Joaquín Pérez Becerra!” discussed the context that led Colombia and Venezuelan presidents to join in sponsoring this initiative.

The Resistance Welcomes the Agreement

In a May 23 statement, the Political Committee of the National Front for People’s Resistance (FNRP), the main organization coordinating popular resistance to the coup inside Honduras, noted that “this agreement for international mediation enables us to put an end to our exile [and] reinforce our process for the refoundation of Honduras.” It issued a “call to all members of the resistance inside and outside Honduras to unite in a great mobilization to greet and welcome our leader and the General Coordinator of the FNRP, José Manuel Zelaya Rosales, at 11 a.m., May 28, 2011, at the International Airport.” The statement noted that the agreement complied with the four conditions set by the FNRP.

The FNRP also expressed “thanks for the process of international mediation” carried out by the Venezuelan and Colombian presidents.

By the terms of the Cartagena agreement, the signatories commit themselves to:

Notably absent from discussions leading to the Cartagena Agreement was the United States, which has long been the arbiter of Honduran politics. Washington kept silent on the Cartagena mediation process, while in fact attempting to torpedo it.

Alexander Main, an analyst for the Center for Economic and Policy Research, noted on May 19 that when, as part of the mediation process, Honduran courts dropped charges against Zelaya, the U.S. State Department issued an “exuberant statement” the following day calling for the suspension of Honduras from the Organization of American States (OAS) to be “immediately lifted” – a move that would have cut short the Cartagena mediation process. This suspension, enacted in protest against the coup, was one of the factors driving the illegitimate Honduran regime to seek mediation. (See “What Now for a Post-Coup Honduras.”)

In fact, according to the Committee of Family Members of Disappeared Detainees in Honduras (COFADEH), politically motivated killings have taken the lives of 34 members of the resistance and 10 journalists since Lobo took office. No killers have been prosecuted either for these crimes or for the 300 killings by state security forces since the coup.

Showdown at the OAS

The U.S. canvassed energetically among Central and South American countries subject to its influence for support for immediate reinstatement of Honduras – prior to the conclusion of the mediation process. “In mid-May these divisions came to a head when a diplomatic tussle took place at the OAS,” Main reports.

In Main’s opinion, “the U.S. is not prepared to accept a political mediation in Honduras in which it doesn’t play a leading role. The U.S. has traditionally been deeply involved in the internal affairs of Honduras,” and “the country continues to be of great strategic importance to the U.S.”

The OAS Secretary General, José Miguel Insulza, called a meeting of the OAS Permanent Council that was to consider readmitting the de facto Honduran regime. According to a reliable source at the OAS, Main reports, several Latin American countries, apparently including Colombia, demanded cancellation of the meeting on the grounds that it was “premature.” Within hours, the meeting was cancelled.

The failure of this U.S.-inspired maneuver opened the road for the signing of the Cartagena agreement nine days later.

The Cartagena agreement, and the process that facilitated it, marks an important victory for the Honduran resistance. More broadly, it reinforces the process of Indo-Latin American and Caribbean efforts to shape their own national and regional policies free from imperialist domination. (See “Honduras se reintegra al CA-4.”) It developed outside the OAS framework, and will help to strengthen and consolidate the new Community of Latin American and Caribbean States (CELAC) that will meet this coming July in Caracas, Venezuela, under the joint chairmanship of that country and Chile.

The Cartagena accord’s impact in Central America was immediate and far reaching. Lobo and Zelaya flew from Cartagena to Managua the same day of the signing ceremony for a special meeting of the SICA (Central American Integration System) at which Honduras was welcomed back by three other Central American presidents – Daniel Ortega (Nicaragua), Mauricio Funes (El Salvador), and Alvaro Colom (Guatemala). At the meeting Ortega announced the re-establishment of diplomatic relations between Nicaragua and Honduras.

In a joint statement, the four presidents called on the OAS to re-admit Honduras, and new agreements were also announced regarding a Customs Union of the four countries. These measures mark a defeat for those forces in Central America inimical to the regional integration process, including the Costa Rican government and its hostile campaign to isolate Sandinista Nicaragua diplomatically and economically.

Whether the Honduran government will fully carry out the Cartagena agreement remains to be seen. In particular, the coup has produced an entrenched pattern of systematic repression and unrestrained operation of death squads in Honduras. Experiences in other countries, including Colombia, show that such right-wing repression can run rampant, with under-the-table support from security forces, despite formal statements of government disapproval.

The establishment of the Colombia-Venezuela monitoring commission will be vital to keeping the pressure on the Lobo government. Friends of Honduran democracy in North America will need to do some monitoring as well, as an expression of continued solidarity with the Honduran people. •

Felipe Stuart Cournoyer is a Canadian-born Nicaraguan citizen, who divides his time between the two countries.