Mark Carney on the ‘Natural Rate’ of Unemployment

I was disturbed to read this comment on the current state of the U.S. economy in Governor of the Bank of Canada, Mark Carney‘s speech last week.

“The natural rate of (U.S.) unemployment may be increasing sharply. The scale of industry restructuring means that some unemployed workers do not have the skills suitable for the expanding sectors. Other job seekers are tied to their local area, due to an inability to sell their homes in distressed markets, hampering the mobility that has been a hallmark of the American labour market. The current cycle is also self-reinforcing. As long-term unemployment becomes more entrenched, workers’ skills deteriorate and their reintegration into the labour force becomes more difficult.” 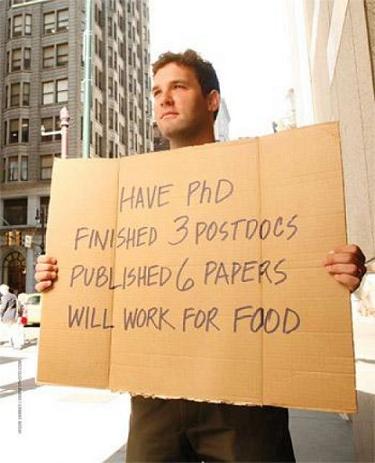 Why is this disturbing?

In the first place, claims that structural unemployment in the U.S. are on the rise serve an ideological purpose. There just isn’t any convincing evidence that any significant part of U.S. unemployment is “structural” as opposed to being the result of the economy operating well below capacity, but opponents of fiscal and monetary surplus want us to believe otherwise.

The American economist and Nobel Laureate, Paul Krugman recently blogged on this as follows:

“Claims that there has been a huge jump in structural unemployment – that is, unemployment that can’t be cured by increasing aggregate demand – are playing a large role in the argument that we should basically do nothing in the face of a terrible economy. No need for the Fed to do more; no need for more fiscal stimulus – hey, it’s all about defective labour markets, and we should work on structural reform, one of these days. And don’t expect improvement for years to come. Structural unemployment is invoked by Fed presidents who want to raise rates, not cut them, by economists who want austerity now now now, and in general by almost everyone in the pain caucus.”

As he also notes in a column as well as his blog post, high and extended unemployment could have an effect on the skills of workers, lowering future economic potential. But there is zero evidence of significant unfilled job openings in the U.S. right now. A recent EPI study found no evidence for what he calls “labour mismatch – layoffs in some industries combined with labour shortages in others; high unemployment for some types of labour combined with tight markets and soaring wages for others; high unemployment in some regions but exceptionally good hiring in others…. none of these things are, in fact, visible.”

So, just why is Canada’s Mark Carney siding with the more conservative elements in the U.S. Federal Reserve?

And what is even more disturbing is his adoption of the language of a “natural” or “non accelerating inflation” rate of unemployment, generally defined as the rate to which unemployment cannot fall without triggering an accelerating increase in inflation (than which there is, of course, nothing worse in the lexicon of central bankers.) This is something of a throwback to the 1980s.

The Bank of Canada has (unlike the OECD) actually avoided such language in recent years, focusing on the more nuanced concept of an output gap. In this view, there is more to the economy’s capacity than the job market, and there is some recognition that we cannot know in advance at what level of unemployment inflationary pressures would start to build. The U.S. experience in the Clinton years was that inflation did not pick up as unemployment fell to low levels, and the same was true of Canada before the recession when unemployment fell to 6%, far below most previous estimates of the “natural” rate.

As critics of the natural rate concept have long argued, it is a circular concept, in which central banks fear testing the limits of capacity out of exaggerated fear that unemployment might be pushed to levels which are “too low.” They put on the monetary brakes prematurely to avoid running a risk which is purely theoretical. Far better to test the limits, and then to react to any inflationary pressures which actually happen, rather than exist only in econometric models.

If Carney really thinks structural unemployment is on the rise in the U.S., he probably thinks the same may be the case here. In which case, he and the economists at the Bank of Canada are probably redefining “full unemployment” as something closer to 7% than the pre recession rate of 6%.

Which may in turn explain why they were so quick out of the gate to start to withdraw “extraordinary monetary stimulus.” •

Andrew Jackson is the former Director of Social and Economic Policy at the Canadian Labour Congress, and author of the recent book, The Fire and the Ashes: Rekindling Democratic Socialism (Toronto: Between The Lines, 2021).