I attended the alternative Climate Conference in the Bolivian city of Cochabamba as part of an eight-person Quebec activist delegation. I came back convinced that we witnessed a turning point in the global Climate Justice movement.

Up to now it has been very difficult to link environmental demands to social justice issues. The mainstream ecological movement, spurred by many NGOs, has generally avoided linking these issues under the spurious notion that a “realistic” approach of working with governments and the UN would yield significant results. 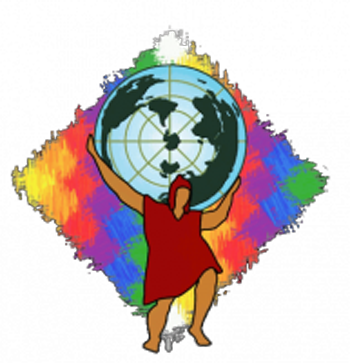 But as the spectacular failure of the UN-sponsored Copenhagen Conference of last December has clearly demonstrated, nearly 20 years of government summit-hopping and no less than 15 international conferences have yielded absolutely nothing in terms of binding international agreements. Furthermore, the Kyoto Accord lies in tatters and greenhouse gas emissions are rising dangerously, threatening the world with major ecological catastrophes by the end of this century.

Into this void stepped Evo Morales, the Indigenous left-wing president of Bolivia, who called an international forum of social movements entitled “The World People’s Conference on Climate Change and the Rights of Mother Earth.”

The result was nothing short of spectacular. The organizers hoped for 15,000 participants, but some 35,151 people, including 9,252 from outside Bolivia, actually showed up at the four day event.

Even more remarkable than the startling turnout, was the social composition of the participants. Thousands of rank-and-file activists from Bolivia and Latin America’s social movements – community activists, poor peasants, indigenous people – lent the proceedings a militant, combative stance reflected in the 17 working groups and the final declaration of the conference. “The Peoples Agreement,” as the document is formally known, clearly pinpoints the capitalist model of development and imperialism as the structural causes of the climate crisis.

“The corporations and governments of the so-called “developed” countries, in complicity with a segment of the scientific community, have led us to discuss climate change as a problem limited to the rise in temperature without questioning the cause, which is the capitalist system… Capitalism requires a powerful military industry for its processes of accumulation and …suppressing the resistance of the peoples. It is an imperialist system of colonization of the planet. Humanity confronts a great dilemma: to continue on the path of capitalism, depredation and death, or to choose the path of harmony with nature and respect for life.”1

Far from limiting itself to ringing declaration devoid of practical content, the Cochabamba conference put forward elements of a short-term plan of action that can be summed up as follows:

An interesting insight into the meaning given by the Bolivian leadership to the notion of “mother earth” (Pachamama) was provided by Alvaro Garcia Linera, the Vice President of Bolivia.
During a widely attended panel examining the structural causes of climate change, this former guerilla leader and Marxist sociologist, generally seen as the theoretician of the new regime, stated that:

“the concept of Mother Earth is not just a slogan. It means a new way of producing and relating with nature and with one another. This relationship is one of equality and not domination, a relationship of dialogue, of giving and receiving. It is not merely a philosophy or folklore. It is a new ethics, a new way of developing technologies and modes of production.”

In a fiery address to the assembled crowd the Venezuelan President Hugo Chavez called for massive dissemination of the outcomes of Cochabamba as a tool for popular education and mobilization in the fight against climate change. Recalling an article that Albert Einstein wrote stating that the future of mankind could only be secured through socialism, Chavez added “If the hegemony of capitalism continues on this planet, human life will one day come to an end.”

In his closing speech Morales urged the social movements of the world to take the lead in bringing about popular revolutions needed to safegard the earth and ensure human rights. “Capitalism is the number one enemy of mankind. It merchandises everything, it seeks continual expansion. The system needs to be changed.”

The conference was not devoid of contradictions, confusion or controversy,2 but it was nonetheless an uplifting and enthusing event. Until Cochabamba, ecosocialism was mostly an intellectual current among left-wing activists. It is now presented with a historical opportunity to bloom into a world-wide social movement.

As the old sixties slogan goes “seize the moment, seize the hour!” •