The Mass Resistance in Honduras: Its Own Voice

Most of the coverage of the military coup in Honduras from bourgeois and liberal circles, and from many “Western” foreign ministers and departments, has focused on what various governments are doing to influence or force the outcome of this struggle.

Statements from Honduran President Zelaya, his foreign minister Patricia Rodas, and from leaders of other ALBA countries (especially Venezuela’s Hugo Chavez, Nicaragua’s Daniel Ortega, Ecuador’s Rafael Correa and Bolivia’s Evo Morales) have emphasized the role of the mass movement in Honduras. So have the most astute analysts of the rapidly moving events unleashed by the coup. 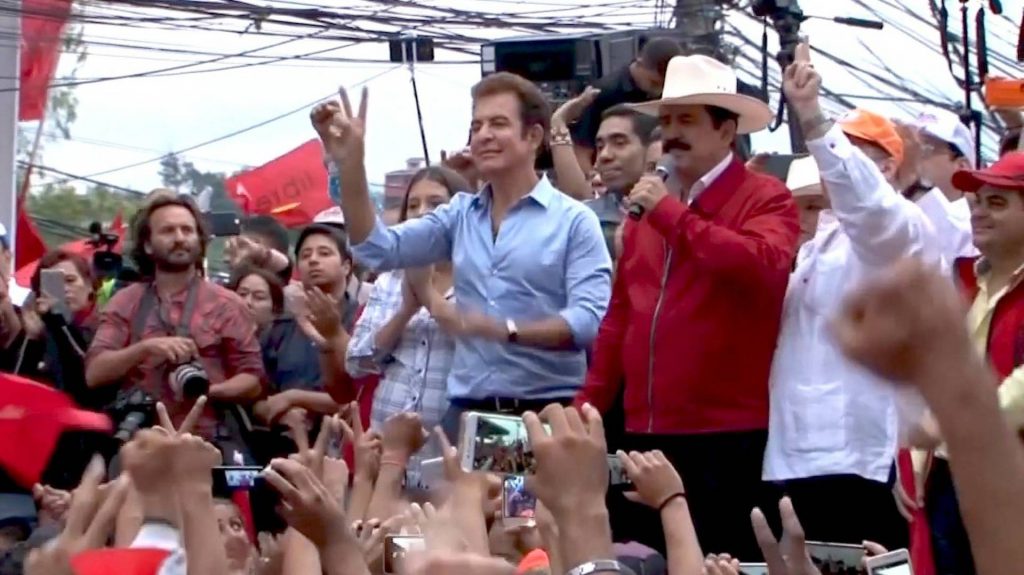 The great fear, from the point of view of imperialism and of the oligarchic ruling classes in Latin America is that the Zelaya current will become embedded and tied to the mass movement and its class interests, unleashing a Bolivarian-Morazanian upsurge from which they will never recover. That is the objective and subjective source of their demonizing campaign against Chavez, Morales, Castro, and Ortega, and of their fierce repression against union leaders and youth.

But their great fear can only be our great aspiration – to unite the resistance in Honduras and across the region into an unbeatable force, and to use the attack of the gorillas to score major advances toward popular, democratic rule in Honduras. To move beyond formal, restrictive “representational” democracy (where we get to vote every five years or so about how long the slave drivers’ whips should be) to participatory democracy that takes us out of servitude and toward real self-government and self-determination.

The popular resistance to the coup has formed a Resistence Front, whose key demand has been the immediate restitution of the government of Zelaya, and the restoration of democratic and constitutional rights and guarantees.

Zelaya is now in Costa Rica for the talks that its president Arias has arranged, under pressure from Obama and Clinton. He arrived with a delegation that included government ministers and leaders of social and union movements that are part of the Resistance Front. Coup leader Micheletti, (known popularly and Pinocheletti or Goriletti) is also in Costa Rica.

At the time of writing this material (July 9, 2009), we are still waiting for an official announcement of what was discussed and decided. Talks at various levels, it is reported, will continue tomorrow and possibly over the weekend. Zelaya has said that one thing he is not discussing with Arias (or Pinocheletti) is the worldwide demand for his immediate return to govern as president of the country. Or for the immediate release of many political prisoners detained during and after the coup.

The Frente Nacional Contra el Golpe de Estado (National front against the coup d’etat) has since issued a statement addressed to the current “talks” in San Jose. Their key proposal is for the convoking of a Constituent Assembly to resolve the crisis in favour of genuine democracy and the right of working people, indigenous people, and oppressed sectors to participate in day-to-day government and national development decisions.

Following are items from Via Campesina, the main farmers and producers association, which is part of an international network of campesinos and farmers. Also below is the “Testimony Of Wendy Cruz of the Honduran Peasant Movement.”

Via Campesina: Update on Honduras

The social movements of Honduras, ready to fight to reestablish constitutional order in the country, demand the reinstatement of President Zelaya.

Popular and social movements agreed to meet in front of Universidad Pedagogica Francisco Morazan in Tegucigalpa at 8am. There, thousands of people from the different social movements that exist in the country, wearing red and black shirts, hats, caps and neckerchiefs and holding up banners, posters and flags, continue to protest on the streets of Honduras demanding the reinstatement of President Jose Manuel Zelaya Rosales, who has been expelled from power since the early hours of 28 June by power groups in the country with the involvement of the army, the police and other state powers who undertook the Coup d’Etat in Honduras. The protestors have demonstrated their decision to keep fighting and do all that is necessary to succeed in establishing constitutional order in the country.

At the same time, a group of people, who claim to defend democracy and want peace in the country but who in reality are Micheletti’s followers, protested in front of the governmental buildings but these people were highly protected by army elements and the national police and the media were broadcasting their protest live although actually these people had to be brought in from the centre of country and were paid to take part in the protest. However, the people from the social sectors are making a lot of sacrifices to continue in this struggle and each person is paying for their own expenses.

The slogans that the social movements shout when passing the authorities and media buildings are the following:

Juan Barahona leader of the Popular Bloc in Honduras states:

“that popular resistence against the coup d’etat will continue until whenever necessary. Today we have undertaken constant protests for six days now and at the moment we are meeting in front of the teaching university in order to move on toward the centre of Tegucigalpa city, then we’ll head toward the headquarters of the Organisation of American States (OEA from its initials in Spanish) where social and popular leaders will have a meeting with the Secretary of this organisation Miguel Insulsa at 3pm. In the meantime, our other supporters will remain outside the OEA buildings to show their backing of the organisation’s decision. We will take a letter signed by all social movement representatives that we will hand to Mr Insulsa where we clearly demonstrate our support for President Jose Manuel Zelaya Rosales and state that we our grateful for the solidarity that the country has shown toward us. In addition, we call for the reinstatement of our President Zelaya.”

The social movement representatives state that this action will continue for the whole day across the whole country and that initially this was just in Tegucigalpa, but as time has gone by this has spread to other departments in the country such as El Paraiso, Choluteca, Cortes, Olancho, Yoro etc. and will continue until constitutional order in Honduras is restored.

Today we’ve heard from San Pedro Sula that eight of our members who had been seized yesterday while they were protesting were released during the night.

Testimony of Wendy Cruz
of the Honduran Peasant Movement

Sisters and brothers of the World,

I write this testimony, with my eyes full of tears and a sadden heart after an intensive day of struggle with my sisters and brothers of Honduras.

I am a woman from a humble family. I am a peasant. I have gained my militancy and class consciousness along with the peasants who work every day under the hot sun, and who see no future for their sons and daughters who have to migrate to other countries seeking better living conditions because in our country, Honduras, the bipartisan political system (Liberals and Nationalists have shared the power for more than 100 years) the majority live in extreme poverty, neglected, without access to health, to a dignify home, without access to a piece of land because the national oligarchy owns the whole country and have pushed 90 per cent of the population into extreme poverty and social exclusion.

Today we marched, more than 500 thousand persons in the city of Tegucigalpa toward the airport of Toncontin, with the expectation of welcoming president Manuel Zelaya Rosales. While we were waiting the arrival of our president, the army started to shoot us with tear gases and real bullets. Three Hondurans were killed only because they were demanding peace and the right to live in a country with real civic participation, and not the false democracy we have been living for 100 years. The dead persons included a 21 years old, Isis Oveth, from the village Alde de Santa Cruz, Guayape, municipality of Olancho and another young man, Alexis Zavala is among the many persons who were badly injured by the army’s repression.

After the violent attack I was afraid to be arrested by the police because we have a curfew and by the time we escaped the repression it was already night past the curfew hours. But despite the repression, my spirit is stronger, because I have the dream that one day my son (15 years old) and my daughter (10 years old) and all the future generations will enjoy a country with equality, equity and more than that, a day when all of us will be the actors of our destiny.

I like to tell all the men and women of the World who have expressed solidarity with our struggle, that all of us in Honduras are decided to achieve VICTORY and to restore the legitimate government of our president Manuel Zelaya in the memory of the martyrs of this Sunday July 5, 2009.

Long live the martyrs for the defense of our rights to be actors of our own destiny!

Long live ISIS OVETH and all the brothers killed today!

We are Honduran people and we have the right to live in peace in a true democracy! Globalize the struggle, Globalize hope!

Thanks to the world for their great solidarity… The struggle continues because as Emiliano Zapata said, “It’s better to die on your feet than to live on your knees forever.”

Felipe Stuart Cournoyer is a Canadian-born Nicaraguan citizen, who divides his time between the two countries.