As May Day approaches, there are four things that are worth remembering:

What I want to do today is to set out some ideas about the capitalist workday and the socialist workday which I hope can be useful in the current struggles in Venezuela and, more immediately, in today’s discussion.

What is the relation between the capitalist workday and exploitation? When workers work for capital, they receive a wage which allows them to purchase a certain amount of commodities. How much is that wage? There is nothing automatic about the wage level. It is determined by the struggles of workers against capital. 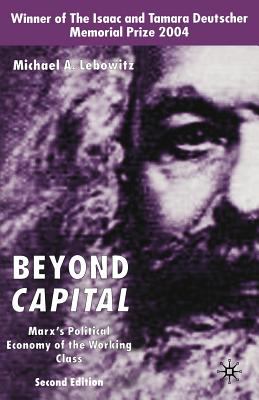 But, in capitalism workers do not just work their hours of necessary labour. Because they have been compelled to sell their ability to work to the capitalist in order to survive, the capitalist is in the position to demand they work longer than this. And the difference between their hours of necessary labour and the total work that workers perform for capital is surplus labour – the ultimate source of capital’s profits. In other words, capitalist profits are based on the difference between the workday and necessary labour; they are based upon surplus labour, unpaid labour, exploitation.

So, the more the capitalist is able to drive up the workday, the greater the exploitation and the greater the profit. Marx commented that
“the capitalist is constantly tending to reduce wages to their physical minimum and extend the working day to its physical maximum.” How true. Marx continued, though, and noted “while the working man constantly presses in the opposite direction.” In other words, class struggle: workers struggle to increase wages and to reduce the workday; they struggle to reduce exploitation by capitalists.

Of course, your workday is more than just the time spent between clocking in and clocking out. There is the time it takes you to get to work, the time it takes to buy the food you need to survive, the time to prepare that food – all this is really necessary labour and part of the worker’s workday. But since this labour is free to the capitalist, since it is not a cost for him, it is therefore invisible to him. So, when the capitalists want to drive down necessary labour by driving down wages (or by increasing productivity relative to wages), it is not the labour he does not pay for that he wants to reduce. Rather, he wants as much free labour is possible, as much unpaid labour as possible.

It is not surprising that workers want to reduce their unpaid labour for capital and to do so by struggling to reduce the capitalist workday. But it is not only the unpaid labour in the workday that is a burden for workers; it is also the paid labour that they are compelled to do for capital. In other words, the problem is not only exploitation. It is the way that capitalist production deforms working people. In the capitalist workplace, the worker works for the goals of capital, under the control of capital and with an organization of production which is designed not to permit workers to develop their capabilities but, rather, has the single goal of profits. “All means for the development of production”, Marx stressed about capitalism, “distort the worker into a fragment of a man, they degrade him” and “alienate from him the intellectual potentialities of the labour process.” In other words, the process of capitalist production cripples us as human beings. Life in the capitalist workplace is a place where we are commanded from above, where we are mere tools that capital manipulates in order to get profits.

That is why we want to reduce the capitalist workday. That is why we cannot wait to escape. It is not only the exploitation, the unfairness and the injustice in the distribution of income. Time away from capitalist production appears as the only time in which we can be ourselves, a time when our activity can be free time, time for the full development of the individual.

This is what it necessarily looks like within capitalism. But we have to recognise that so many of our ideas within capitalism are infected. The most obvious example is the phenomenon of consumerism – we must buy all those things! What we own defines us. The socialist answer, though, is not that everyone should own the same things – in other words, equalization of alienation; rather, the socialist idea is to end the situation in which we are owned and defined by things.

In contrast to capitalist society, where “the worker exists to satisfy the need” of capital to expand, Marx envisioned a socialist society where the wealth that workers have produced “is there to satisfy the worker’s own need for development.” So, what is the nature of the workday in a society oriented toward ensuring overall human development?

Let us begin by talking about necessary labour – quantitatively. There is the labour which is contained in the products we consume daily – just like before. To this, however, we need to add the labour that workers want to devote toward expanding production in the future. In socialism, there are no capitalists who compel the performance of surplus labour and invest a portion of the profits in the search for future profits. Rather, workers themselves in their workplaces and society decide if they want to devote time and effort to expanding satisfaction of needs in the future. If they make this decision, then this labour is not surplus to their needs; it forms part of what they see as their necessary labour. Thus, the concept of necessary labour changes here.

The concept of necessary labour and our workday within a socialist society also includes the labour which is required to self-govern our communities. After all, if socialism is about the decisions we make democratically in our communities, then the time we need to do this is part of our necessary labour. Similarly, if socialism is about creating the conditions in which we are all able to develop our potential, then the process of education and of developing our capabilities is also activity which is necessary.

When we think about the socialist workday, in short, we think about the workday differently. Our view of the quantity of necessary labour, for example, is not distorted by the capitalist perspective of treating as necessary only that labour for which capital must pay. That is the difference between the political economy of capital and the political economy of the working class. From the perspective of workers, we recognise as necessary labour all the labour that is necessary for “the worker’s own need for development.”

But the difference is not only quantitative. In socialism, the workday cannot be a day in which you receive orders from the top (even in strategic industries). Rather, it is only through our own activity, our practice and our protagonism that we can develop our capabilities. Article 62 of Venezuela’s constitution makes that point in its declaration that participation by people is “the necessary way of achieving the involvement to ensure their complete development, both individual and collective.” In other words, in every aspect of our lives (the traditional workplace, the community, the household), democratic decision making is a necessary characteristic of the socialist workday; through workers’ councils, communal councils, student councils, family councils, we produce ourselves as new socialist subjects.

Thus, when we look at the workday from the perspective of socialism, we see that the simple demand for reducing the workday is a demand from within capitalism. Its message is simple – end this horror! This is an “infected” conception of the workday. It starts from a view of labour as so miserable that the only thing you can think of doing is reducing and ending it.

When we think about building socialism, however, we recognise that the demand is to transform the workday – to recognise all parts of our workday explicitly and to transform that day qualitatively. Rather than only “free time” being time in which we can develop, from the perspective of socialism it is essential to make the whole day time for building human capacities.

In short, there are two ways of looking at the demand for the reduced workday: one way talks simply about a shorter work week and thus longer weekend vacations; in contrast, a second way stresses the reduction of the traditional workday in order to provide the time on a daily basis for education for self-managing, for our work within the household and our work within our communities. In other words, it is the demand to redefine and transform our workday.

This article was presented as initiating remarks to the “Roundtable Discussion on the Reduction of the Workday” held on April 24, 2008, at the Centro Internacional Miranda, Caracas, Venezuela. The event brought together leaders from different union federations and currents, as well as a representative from the women’s movement, to discuss the importance of the demand of the reduction of the workday in the lead up to May Day. The event was organised by the program “Human Development and Transformatory Practise” coordinated by Lebowitz, at the Centro Internacional Miranda.

This article was first published in Links – International Journal of Socialist Renewal.]