Activists across Canada have been gearing up in preparation of a visit to Toronto by the Israeli Prime Minister, Ariel Sharon. Sharon is scheduled to be keynote speaker at the United Jewish Communities General Assembly in Toronto on Monday, November 14. As a war criminal directly responsible for some of the worst atrocities committed by the Israeli state over the past five decades, Sharon’s visit has provoked widespread anger across the country. 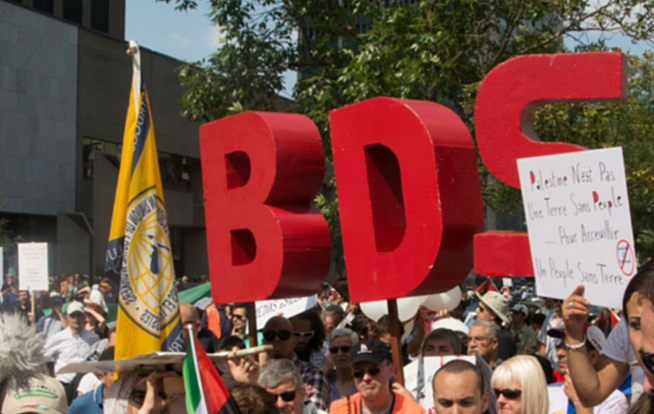 Sharon’s war crimes reach back to 1953, when, as a commander of the Israeli army, he was given the order to destroy the Palestinian village of Qibya. According to Israeli historian, Avi Shlaim, “The full and macabre story of what happened at Qibya was revealed only during the morning after the attack. The village had been reduced to rubble: forty-five houses had been blown up, and sixty-nine civilians, two-thirds of them women and children, had been killed.” A few years later, a unit under Sharon’s command was responsible for killing over 270 Egyptian prisoners of war in the Sinai campaign of 1956.

The most infamous of the massacres committed under Sharon’s authority occurred during the Israeli invasion of Lebanon in 1982. As Israeli Defense Minister, Sharon permitted right-wing Christian militias allied with Israel to enter the Sabra and Shatila refugee camps in Beirut. More than 2000 Palestinian men women and children were slaughtered while the Israeli army kept the camps sealed and incommunicado. Many residents were brutally raped and then killed; those who managed to escape the carnage hid for days amongst the piles of corpses left to rot throughout the camp. When word of the massacre reached the media there was universal outrage. An official Israeli investigation (the Kahan Commission) found in 1983 that Sharon bore “indirect responsibility” for the events, and that he should resign orbe sacked as minister. He nevertheless went on to become Israeli Prime Minister, responsible for thousands more Palestinian deaths during the current Palestinian uprising.

In Toronto, an ad hoc group, The Coalition Against Israel’s War Crimes, has formed with the support of over 35 different organizations to protest Sharon’s visit. The Coalition is planning a demonstration in Toronto during the time of his proposed speech on November 14, as well as a public assembly and film screening at Ryerson University on Thursday 10 November, co-sponsored with the CAW-Sam Gindin Chair of Democracy and Social Justice.

The Coalition delivered a letter on October 28 to the Minister of Citizenship and Immigration asking him to prohibit Ariel Sharon from entering Canada pursuant to section 35 of the Immigration and Refugee Protection Act (IRPA), which renders individuals guilty of committing war crimes or crimes against humanity inadmissible for entry. To date, the letter has been endorsed by 71 organizations across Canada.

In addition to attempting to prevent Sharon from entering Canada, the Coalition has also called for an end to the political and economic support given by the Canadian government to Israeli Apartheid. Canada abstained when 150 other countries in the United Nations voted to support the International Court of Justice ruling that Israel’s apartheid wall is illegal. Canadian capital continues to profit from Israel’s violation of international law and occupation of Palestinian land through the Canada-Israel Free Trade Agreement.

The Coalition has stressed that the campaign against Sharon’s visit is not focused solely upon his brutal individual history. Sharon’s crimes are the logical outcome of a consistent state-backed strategy pursued since 1948 and aimed at the colonization of Palestinian land. The Coalition has consciously decided to describe this strategy as one of Israeli Apartheid, in which the entire spectrum of official Israeli political parties is complicit.

Throughout his career, Sharon has expressed admiration for South African apartheid and the Bantustan-model. He was intimately involved in the training and support of militias in Namibia, Angola, Mozambique and Zimbabwe. A key Israeli settlement plan for the West Bank — appropriately known as ‘The Sharon Plan’ — accelerated colonization of this area through the establishment of isolated Palestinian Bantustans. It should be stressed that The Sharon Plan was followed enthusiastically by both the Labor and Likud wings of Israeli politics.

An understanding that Israel is an apartheid state is becoming the major axis of Palestinian solidarity work across the globe. This analysis is not based solely upon the actions of the Israeli government in the West Bank and Gaza Strip where fully-formed Palestinian Bantustans are now in place. The Israeli state itself — through its definition as a Jewish state formed through the expulsion of around 80% of the indigenous Palestinian population — is structurally based on an apartheid system resembling South Africa. At the core of this system is denial of the right of return of those Palestinian refugees dispossessed of their land in both 1948 and 1967. The only long-term feasible solution is a single democratic secular state in the whole of Palestine/Israel where anyone may live regardless of their religion or ethnicity.

A call from Palestinian organizations in July 2005 and endorsed by over 100 organizations has called for an international campaign of boycotts and sanctions similar to those used against South African Apartheid. Students at the University of Toronto held a widely publicized Israeli Apartheid week earlier this year which is now scheduled to become an annual event. Canadian church groups held a conference in Toronto last weekend to discuss the possibility of a divestment campaign against Israel, and in the U.S. and Europe similar initiatives are underway. •

(1) The next meeting of the Coalition Against Israel’s War Crimes will be held 7pm, Monday November 7th in the Sid Smith Building, 100 St George Street (meet in the lobby), University of Toronto. All are welcome.

The following events are planned to protest the visit of Sharon. Please assist in distributing as widely as possible: