Austerity Against Democracy: An Authoritarian Phase of Neoliberalism? 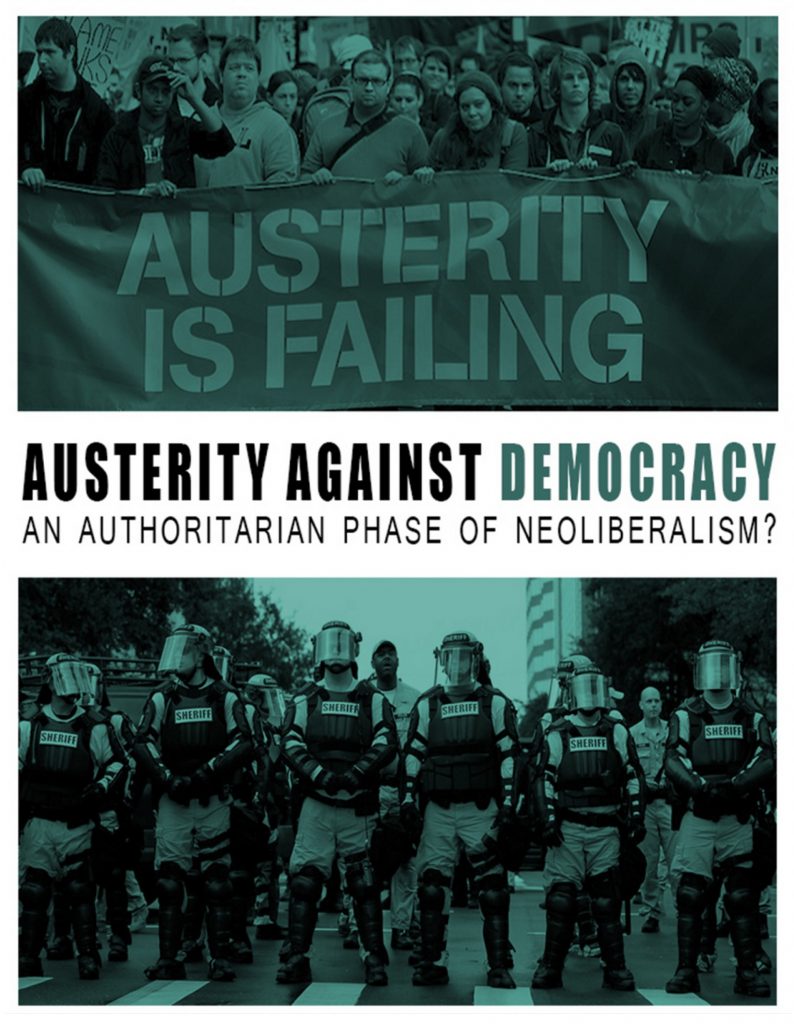 From its very beginnings, the new doctrine of neoliberalism was quite consciously set in opposition to socialism as an alternate economic and democratic order to capitalism and as an unyielding defender of private property. In its specific programmatic mandate, neoliberalism was an offspring of the Great Depression and set against Keynesian state intervention. But however much its protagonists set themselves up as outsiders, neoliberalism was never an alien political doctrine to economic and political elites of Western Europe and North America: neoliberal ideas were always incorporated as a legitimate component of state policy.