Global Issues: Bringing Class Back In 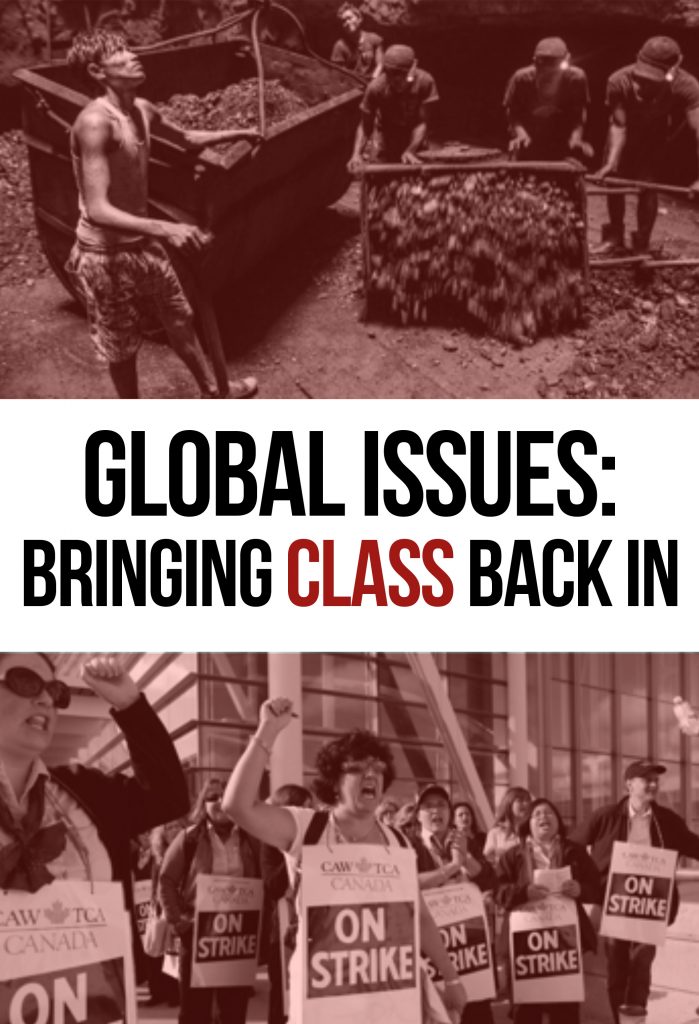 The new trade unionism of the 1930s brought dramatic new tactics such as the sit-downs, new strategies that included industry-wide bargaining, and spread new forms of in-plant democracy based on the shop steward system. Today, union structures are again in crisis, but nothing comparable to the labour explosion of the 30s has yet emerged or is even much talked about. When those of us who support labour by silencing ourselves out of sensitivity to the assault labour is facing, we do labour no favour. Nothing is more important to the renewal of the labour movement than to soberly confront the mess it is in and encourage the most open and creative discussion of how it might move on. Bringing social class politics back in to the union movement must stand at the center of such discussions.