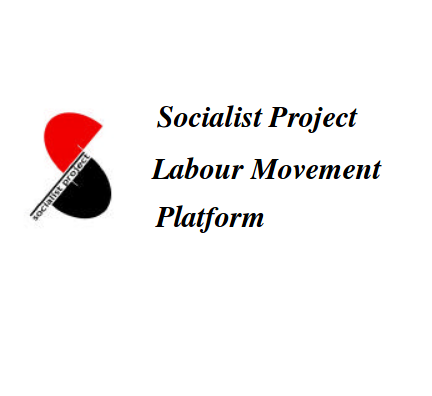 As workers, we are today confronted with the challenge of defending what we have and making gains in the face of an ever-expanding and relentless employer offensive. The employers’ drive to increase productivity and profits – central to capitalism everywhere – demands that we accept job loss and insecurity, concessions, new forms of speedup, and expanded management control in the workplace. More of us are forced to work in precarious forms of employment, making ourselves ‘flexible’ without access to unemployment and other social benefits or hope of a decent pension. Our economic insecurity makes it possible for employers to divide us and force upon us a false choice between jobs or the environment. Governments continue to reinforce the power of our employers with policies designed to undermine both individual and collective resistance. Our unions are weakened by divisions over how to respond, but most pursue strategies that fail to challenge the underlying causes of the problems we face. Many of us are experiencing a terrible isolation, as we lose both our links to the labour movement and our confidence in collective struggles.

Given these realities, many of us are asking: How can we rebuild workers’ strength and confidence? How can our movements retake the initiative and turn things around?

Our task is complicated by the fact that the current system leaves little room for us to make
gains without raising bigger questions. When the economic and political elites respond to even our most moderate demands by telling us ‘there is no alternative’ (TINA), they are really saying that, within capitalism, there is no alternative to greater economic insecurity and inequality, the accelerated destruction of the environment, the further erosion of effective democracy, and periodic wars abroad to keep or bring people into global capitalism. The slogan ‘there is no alternative’ assumes that people must remain trapped in capitalism’s globalizing logic. However, our accumulated experiences tell us that capitalism itself has become the main barrier to addressing our needs and expanding our potentials. The options today have therefore become polarized: there is no real solution to our problems if we aren’t ready to challenge and go beyond capitalist rights and power and the domination of private markets over our lives. We therefore require more than a list of immediate demands: we must relate those demands to the struggle to build an alternative to capitalism.

An Alternative to Capitalist Globalization

Given the dominance of ‘TINA’ in even our own organizations, the most pressing need is to restore confidence in the possibilities for values and social relations other than the narrow and deformed ones capitalism offers. But this means taking on power at both the international and domestic level.

While these aims are ambitious, what can give us hope are the recurring examples of workers’
potentials to organize in order to resist, challenge and sometimes defeat those who control but
also depend on our labour. At its best, the working class has seen its struggles as not limited to pockets of workers here and there, but as part of universal struggles for justice and freedom. When the labour movement was developing its strongest foundations, there was a much deeper understanding that the only alternative for working people was to challenge capitalist power and social relations. Trade unions and the broader labour movement can learn and take inspiration from this long history of struggle to develop new organizational forms and strategies adequate to tackling today’s difficult challenges.

However, at this point in time, we hardly have the political power to defend what we have,
let alone put this vision on the agenda properly. Therefore, our challenge is to defend ourselves in ways that also build the collective capacities necessary to realize an alternative to capitalism’s imprisoning logic – the organizational capacities to analyze and understand, create democratic forums for collective participation and resistance, communicate and strategize. The platform outlined below speaks to this challenge. It combines a platform of demands to deal with the daily realities of working class life with the means for building our organizational and strategic capacities in the broad struggle for an alternative, truly democratic, social order.

We need to give priority to demands that address the inequalities and divisions within
the working class in ways that are capable of building broad support. These demands need to
be raised both at the bargaining table and in society as a whole.

How Do We Win These Demands?
(1) By Building Class Solidarity

Unions are the most organized section of the working class and therefore have a
fundamental role to play in building the capacities of the entire working class.
But if the unions are going to play this role effectively, significant changes in the way most unions function and use their existing capacities are necessary. Currently,
there is far too much competition between unions, especially when attempting to organize new members. There also needs to be more cooperation and solidarity in collective bargaining. What concrete means could help to build class solidarity?

Building support for these priorities will require a real deepening of democracy in the
labour movement. In today’s climate of crisis, real debate and extensive participation are seen by some as unaffordable luxuries and sources of division rather than strength. Members
are encouraged to let leaders who ‘understand the current realities’ make decisions for them.
Contested elections are rare, and when they do occur, are often seen as expressions of disloyalty rather than a form of accountability and an opportunity for debate. ‘Participation’ has been reduced to ratification of leadership decisions and convention resolutions. But union democracy is about more than formal procedures and the ritual of voting. It involves developing the consciousness and genuine participation of the membership in the battle to define and defend their interests. Workers develop their capacities through the openings created by formal democratic processes, but democracy itself is created and deepened by the collective struggles of working people. If workers aren’t constantly deepening and extending their experience of democracy, not only is their energy, creativity and commitment lost to the movement, but the very capacities needed to create and run the alternatives to capitalist globalization proposed above are never developed. Union members must therefore have more opportunity to develop their capacities to direct and fully participate in union activities.

(3) By Building a Socialist Political Party

In the end, even the best union is limited in its ability to unite the entire working class as a political movement to challenge capital. Unions need to find better ways of building class solidarity and deepening democratic practices, but workers also need their own political party. A socialist party could take the development of workers’ capacities to a new level through its involvement in ongoing political campaigns and struggles, creating new spaces through which to discuss and debate, learn and grow, and build our ability to work towards a socialist society. A party with the potential to do this, however, will be one which results from a sustained period of working, discussing and struggling together. •

Socialist Interventions Pamphlet No. 7 – May 2008.