The Path to Human Development: Capitalism or Socialism? 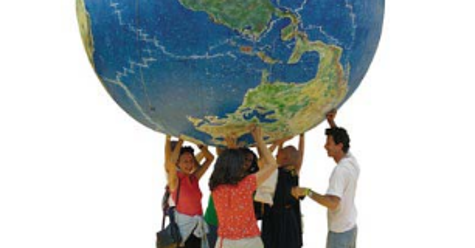 If we believe in people, if we believe that the goal of a human society must be that of “ensuring overall human development,” our choice is clear: socialism or barbarism. These concluding lines from “The Path to Human Development” appear on the back cover of one Venezuelan edition – a pocket-sized edition much like the widely circulated “Socialism Does Not Drop from the Sky” (chapter 5 of Build It Now). The other edition, together with an extended edition of that latter essay, is being published as The Logic of Capital versus the Logic of Human Development for the communal council libraries in Venezuela.

Both editions depart from the traditional format for books because of the numbering of sections and paragraphs. There is a reason for this. While the analysis of capitalism and the presentation of a socialist alternative are there for individual readers (for whom the numbers are unnecessary), collective readers are the real target for this work. In other words, “The Path” has been prepared to support educational and political discussions in Venezuela (in, for example, trade unions, communal councils, and socialist formations). Numbering sections and paragraphs facilitates this kind of discussion. In short, this work is not at all intended as an end product to be consumed by an individual passive reader; rather, its purpose is to be a means to encourage collective struggle against capitalism and for socialism. As the line which precedes those quoted above indicates, “we know we have to be prepared to fight.”