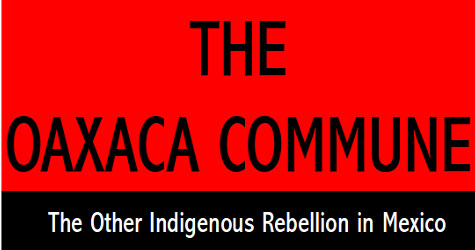 The Other Indigenous Rebellion in Mexico

This essay explores the extraordinary experience of the Oaxaca Commune in Mexico, an experience of grass-roots rebellion and self-government that has put forth an alternative model of struggle to the electoralist model of the PRD (Partido de la Revolución Democrática – Party of the Democratic Revolution) and to that of the Zapatistas and their Other Campaign, with their opposition to ‘taking power’ and their indifference or opposition to participation in elections. The Oaxaca uprising of the Spring of 2006 was an urban insurrection in one city, with important resonances elsewhere in the state of Oaxaca. It developed novel and participatory forms of organization, struggle, and self-governance. The Oaxaca rebellion developed ‘assembleist’ forms of direct democracy in the Spring of 2006 in order to organize itself democratically, as the people of Paris did in 1870-1871, and Russian workers did in 1905 and 1917.

Richard Roman is the coauthor of Continental Crucible: Big Business, Workers and Unions in the Transformation of North America. He is professor emeritus of sociology at the University of Toronto.

Edur Velasco Arregui is the coauthor of Continental Crucible: Big Business, Workers and Unions in the Transformation of North America. He is the former Secretary-General of SITUAM (Sindicato Independiente de Trabajadores de la Universidad Autónoma Metropolitana), a union activist, and a professor in the Department of Law at the Universidad Autónoma Metropolitana in Mexico City.