Book Launch: Canada in the World: Settler Capitalism and the Colonial Imagination, by Tyler Shipley 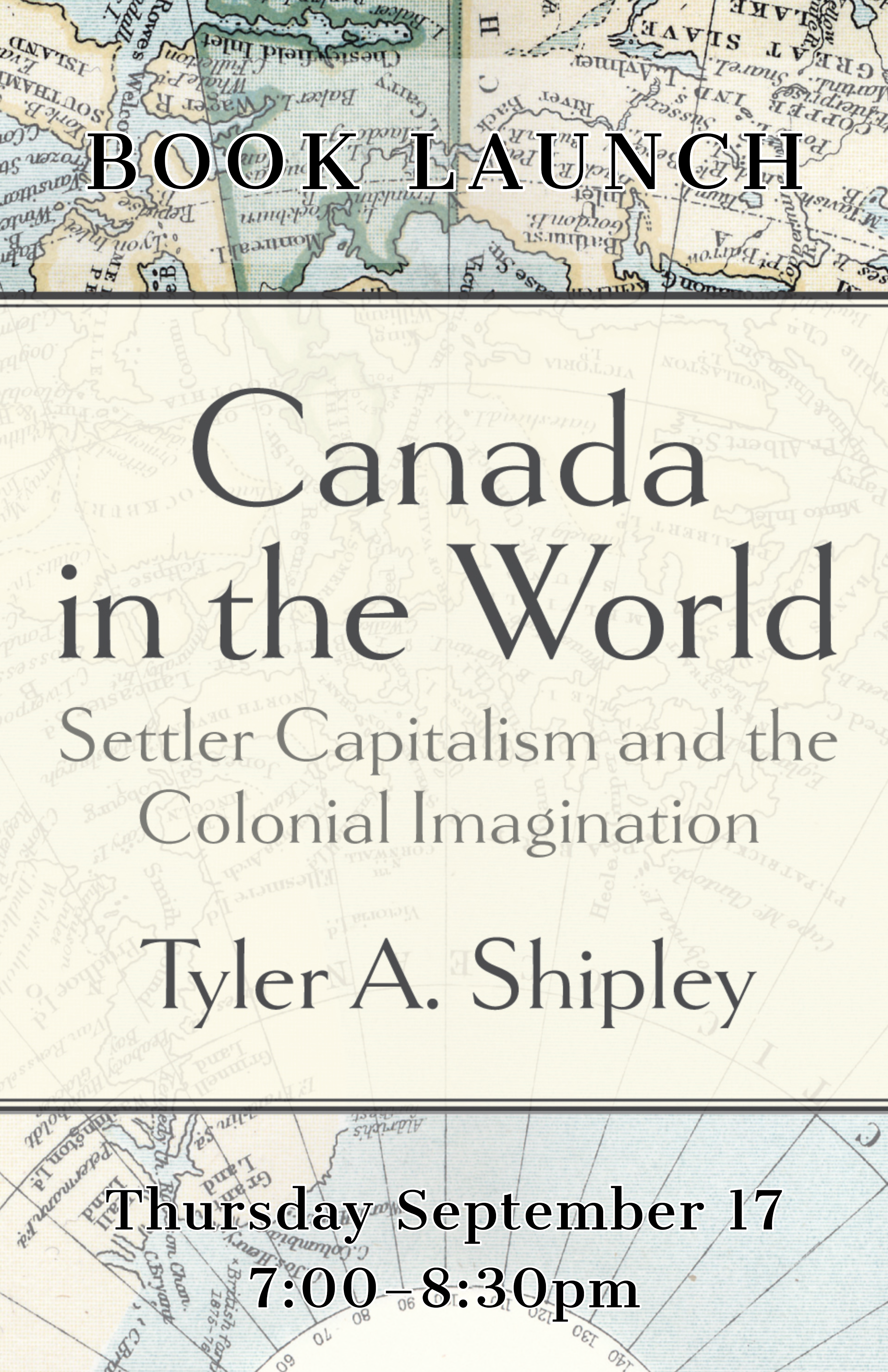 Join us on Thursday September 17th for the launch of Canada in the World: Settler Capitalism and the Colonial Imagination (Fernwood Books, 2020), with author Tyler Shipley, as well as Sara Jaffri, Cassandra Kislenko and Veldon Coburn.

Join the event on Zoom at 6:50pm Thursday September 17th, and get your Eventbrite ticket to access it here

Canada in the World is an accessible and empirically rich introduction to Canada’s engagements in the world since confederation. Colonialism—the project to establish settler capitalism in North America and the ideological assumption that Europeans were more advanced and thus deserved to conquer the Indigenous people—argues Shipley, lives at the very heart of Canada, as well as in Canada’s role around the world. Through a close examination of Canadian foreign policy, from crushing an Indigenous rebellion in El Salvador, “peacekeeping” missions in the Congo and Somalia, Cold War interventions in Vietnam and Indonesia, and participation in the Global War on Terror, Shipley highlights continuities across more than 150 years of history and probes the colonial imagination that has shaped Canada. Challenging this requires rethinking the fundamental nature of Canada itself.

Tyler Shipley is Professor of Culture, Society and Commerce at Humber College Institute of Technology and Advanced Learning.

Sara Jaffri is based in Toronto, and has been involved in building and supporting independent working class media, labour and neighbourhood/tenant organizations in the GTA.

Veldon Coburn is Assistant Professor in the Institute of Indigenous Research and Studies at the University of Ottawa.