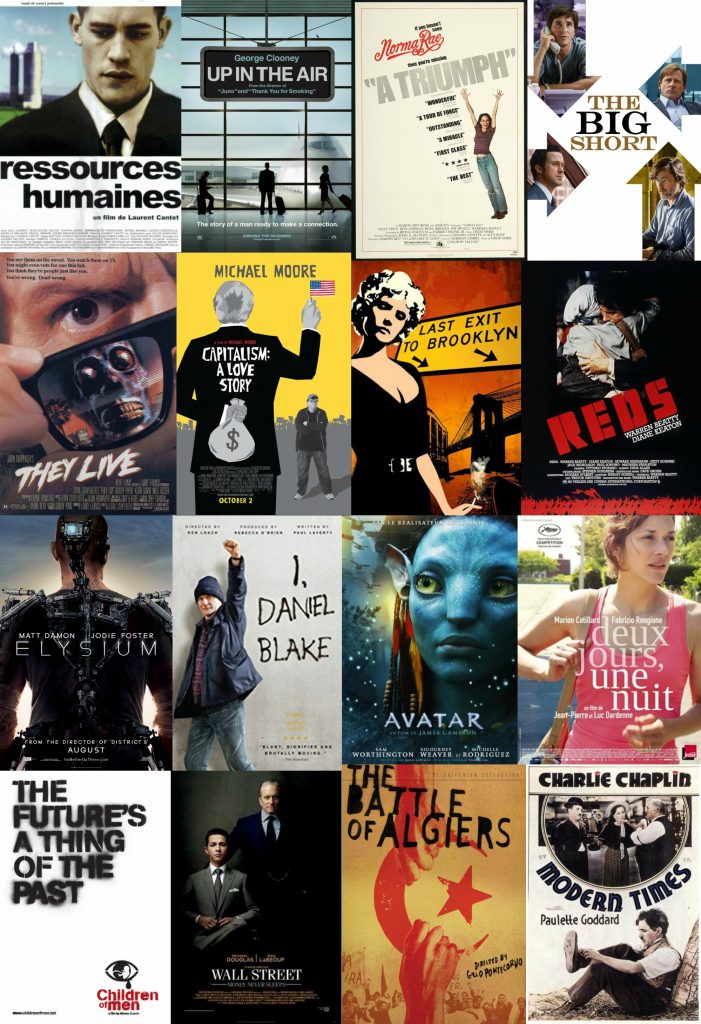 Our time is one in which inequality, precarious work, sexism, racism, right-wing extremism, global conflict, war, automation and environmental degradation are at the forefront of the public mind. What stories do films tell about these social problems? What “side” do films take in the key struggles over the past, present and future? How can films uphold, challenge and point beyond the status quo?

FilmSocial is a public film series that interrogates the social problems of capitalism through popular films. It brings together community members for screenings, interpretations and discussions of the politics of popular films.

Frequency: ongoing (check out our schedule)

If you would like to co-organize a film screening, send us a pitch at: info@socialistproject.ca

Include a short paragraph describing: 1) the film and the social problem it addresses; and, 2) why the film-problem are relevant to the socialist Left today.