From Socialist Finance to Peripheral Financialization: The Yugoslav Experience 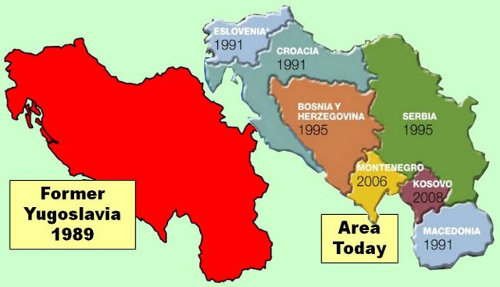 Socialist countries have always had banks: central banks, savings banks taking local deposits, commercial banks, and export banks. Che Guevara was even the director of the National Bank of Cuba. What makes socialist banks “socialist”? And what are the relationships between socialist and global finance? How was socialist finance taken over by networks of secret services and company managers, who supported and structured the transition to authoritarian, capitalist parties in the late 1980s and 1990s? Here we look at the entanglements of global and socialist finance in Yugoslavia and to reflect on the new forms of peripheralization generated by financial flows in post-crisis Europe.

Johanna Bockman is Associate Professor of Global Affairs and Sociology at George Mason University. She is the author of the book Markets in the Name of Socialism: The Left-Wing Origins of Neoliberalism and the article “Socialist Globalization against Capitalist Neocolonialism: the Economic Ideas behind the NIEO” in Humanity. She is currently working on socialist, nonaligned banks and globalization.

Fabio Mattioli is Lecturer in Anthropology at the University of Melbourne. His research focuses on the connection between finance, politics, and labor at the European periphery. Currently, he is working on a book manuscript titled Illiquidity and Power: The Economics of Authoritarianism at the Margins of Europe.

The forum was co-sponsored by the Center for Place, Culture and Politics (CUNY) and LeftEast.