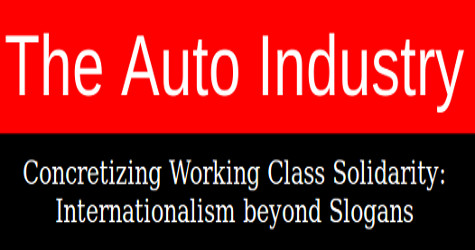 For workers with relatively prized employment – and for workers with relatively limited choices – nothing is more important than hanging on to their jobs. Yet this is precisely where unions have been weakest; the history and structure of unions has revolved around the price and conditions of work, not around creating or retaining the jobs themselves. This gap has become all the more evident over the past two decades, as corporations accelerated outsourcing and job relocation and as governments reinforced this both legislatively and through their own adoption of privatization and downsizing. This direction not only undermined worker security, but weakened workers’ organizational strength: the intensified competition for jobs tended to replace solidarity with individual survival, and to limit working class goals to hanging on to what workers currently had, as opposed to what we might collectively build and share.