No Life Like It: A Tribute to the Revolutionary Activism of Ernie Tate 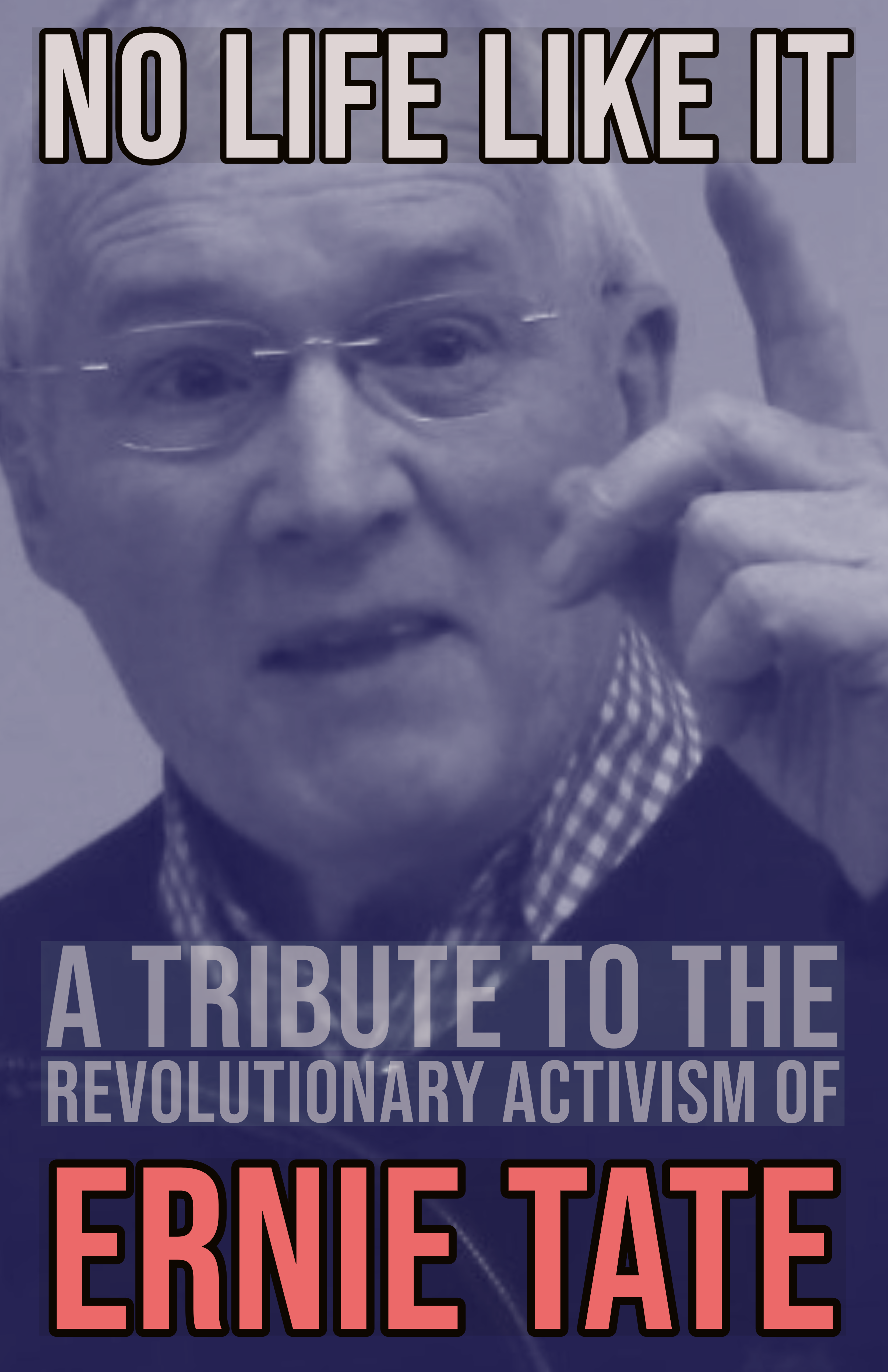 We warmly welcome you to join us for a tribute to the life, activism and legacy of Ernie Tate.

Ernie Tate believed capitalism is a cruel and unjust system that has to be changed.  Ernie was born in Belfast, Northern Ireland in 1934 and emigrated to Canada in 1955. As a Marxist, union activist and revolutionary, Ernie spent his life working to achieve that in organizing against the war in Vietnam, in union struggles at Toronto Hydro, for protecting universal healthcare and living wages, and much else. Ernie, along with Tariq Ali, was a leading organizer of the Vietnam Solidarity Campaign in Britain, worked for Bertrand Russell’s International War Crimes Tribunal and was a founding member of the International Marxist Group in Britain.’ In 2014, Ernie published a memoir of his life on the far left in Canada and Great Britain called Revolutionary Activism in the 1950s and 1960s. This two volume memoir is an important resource for anyone interested in a gritty account of mid-20th century revolutionary movements. It has been a source of information for the 2020-2021 Undercover Policing Inquiry hearings, taking place in England, in which the illegal and immoral activities of police agents in infiltrating the left have been laid bare.

The event will be online, on ZOOM. Please register for your free ticket on Eventbrite. After you register on Eventbrite, the link to the ZOOM room will be emailed to you a few times in advance of the event.