Far From Over: Class Struggle and Union Organizing at Amazon 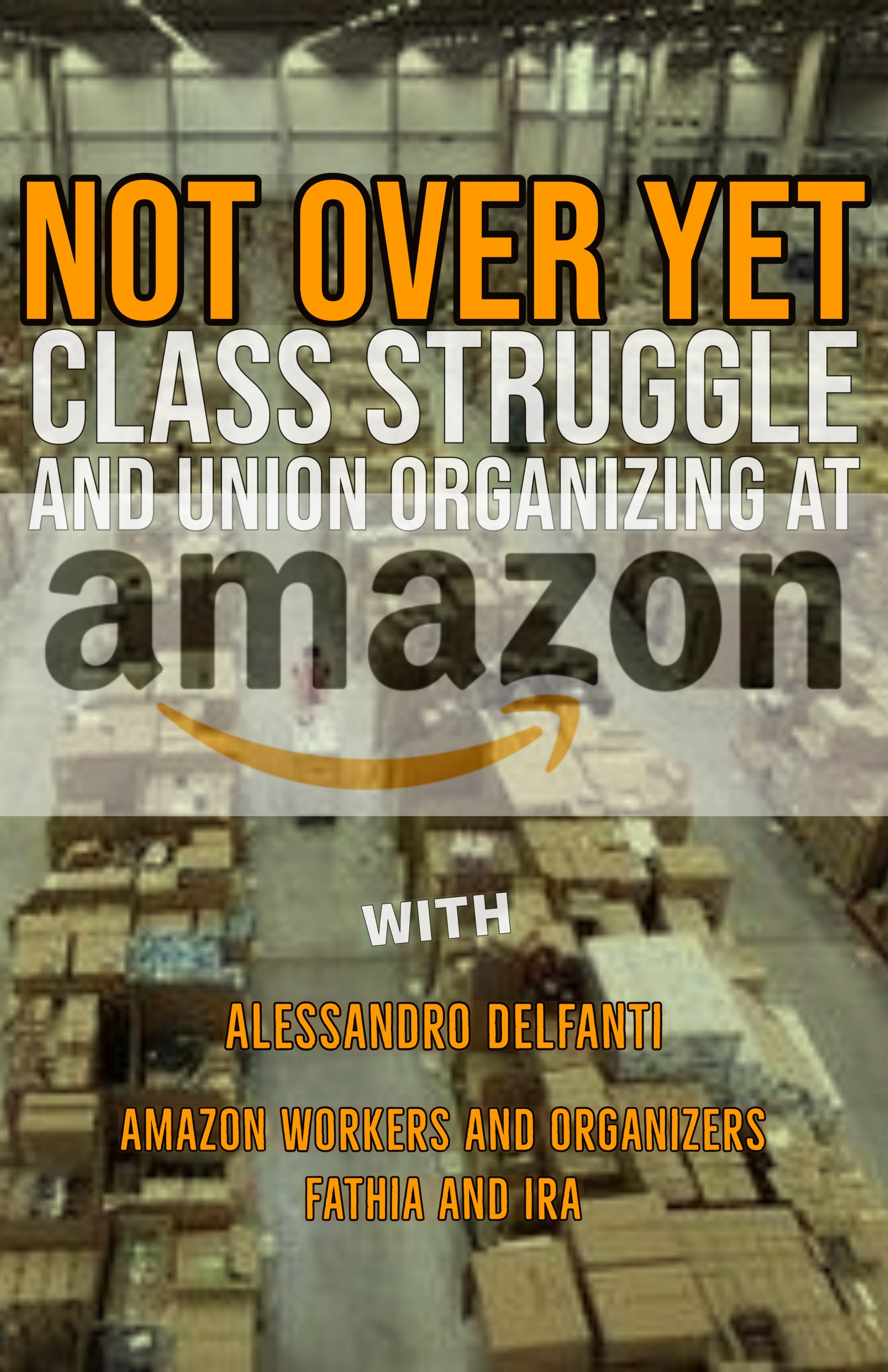 A presentation and roundtable discussion on class struggle and union organizing at Amazon warehouses with Alessandro Delfanti and Amazon workers and organizers Ira and Fathia.

A central political challenge for the Left today is to organize gig workers across the sectors of digital capitalism into unions. High-tech corporations such as Amazon, Google, Apple, and Facebook have quickly become one of – if not the – most powerful sectors of contemporary capitalism, and these and other companies have been equally creative and vicious in keeping their operations all but free of unions. The struggle to organize and unionize workers in “Big Tech” has recently become concentrated on Amazon, the pivotal company in the new logistics of distribution and retail, and now one of the largest employers on the planet, next to Wal-Mart and US Department of Defense. Significant class struggles have emerged in response to the brutal conditions of work and labour in Amazon warehouses, from Italy to Germany, from Bessemer, Alabama, to Brampton, Ontario. It was widely hoped that the pitched battle for union recognition at Bessemer would be a turning point in this struggle, setting off a series of unions being formed elsewhere. If lessons are learned and new strategies taken up from the failed vote, it still may be. If there is to be a renewal of the union movement and working-class politics in North America and beyond, Amazon is surely at the centre of the firms of digital capitalism that must be conquered.

Please register for the event on Eventbrite, and we will send you the link to the ZOOM room.

The event includes a 20-minute presentation on Amazon, capitalism, and class struggle by Alessandro, and followed by a 60-minute roundtable discussion with Alessandro, Ira and Fathia. Moderated by Jessica Ireland and Paul Gray.

Alessandro Delfanti teaches at the Institute of Communication, Culture, Information and Technology at the University of Toronto. He is the author of the forthcoming book The Warehouse: Workers and Robots at Amazon (Pluto Press).

Ira lives in Queens, the best borough of the best city in the world with his partner and three cats. Ira has worked at an Amazon delivery station for over a year and a half is a cofounder of Amazonians United NYC and is a communist who believes that the working class should call the shots.

Fathia has been an Amazon worker in Maryland for 6 months and is in the process of forming an organizing committee with her coworkers to organize around issues in their workplace. She is a queer woman of color with a background in worker and student organizing. She is committed to building worker solidarity across identities and borders and taking our power back from the greedy bosses who seem to think it’s theirs.