Know Your Enemy: How to Defeat Capitalism 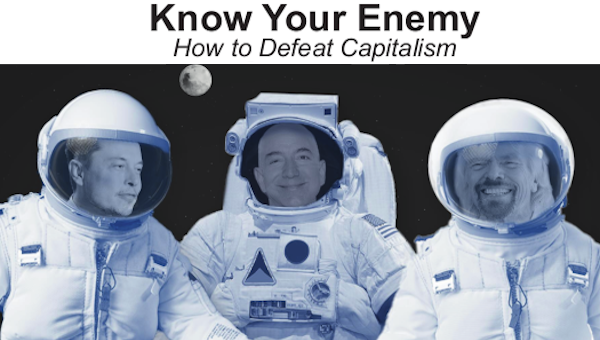 We must put an end to capitalism. To do that, we must know the enemy – capital. We will never defeat that enemy if we do not understand it – its effects, its strengths and weaknesses. If, for example, we don’t know capital as our enemy, then crises within capitalism due to overaccumulation of capital or the destruction of the environment will be viewed as crises of the “economy” or of industrialization – calling for us all to sacrifice.

Indeed, so long as workers do not see capital as their own product and continue instead to think of the need for healthy capitalists as common sense (and as in their own interest), they will hold back from actions that place capital in crisis. Even if we are successful in struggling to gain control of the state, even if we manage to take government away from capital, we’ll continue to think of capital as necessary if we don’t understand it.

Something important happens when you struggle along with others. You win sometimes, and you learn the importance of uniting. But it’s not only that your prospect for victory improves. Also, you change. You begin the process of shedding those sides of yourself that capital has produced. You are changing your social relations: in place of separation, there is solidarity. You know yourself as part of a community and you come to recognize others as part of that community too. You change in another way in the process. You develop new capacities. It’s what Marx called “revolutionary practice” – the simultaneous changing of circumstances and human activity or self-change.