The Capitalism Workshop: Authoritarian Statism, the Hard Right and Challenges for the Left 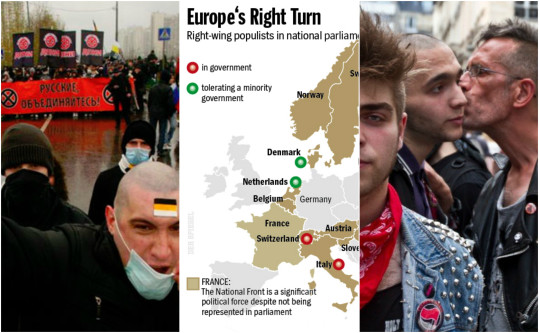 What is distinctive about the new conjuncture is the growing delegitimation of the key institutional supports of neoliberal hegemony, which have sponsored the making of global capitalism under its ideological auspices. This stretches from the bureaucracies of the European Union, the IMF, and the WTO and, in the context of the Trump presidency, to possibly even the U.S. Treasury and Federal Reserve, whose capacity to manage the economic contradictions of capitalist globalization will be severely challenged. The most visible expression of this institutional crisis is the delegitimation of all the political parties of the centre-left and centre-right that promoted neoliberal globalization. But it is important to note that this is not a matter of the ideology promoting capitalist globalization having only recently and suddenly become unpopular. There has long been opposition to internationalization projects like NAFTA and the EU constitution amongst the popular classes. This has been a key reason for the decline of social democratic parties as they governed as neoliberals in defence of liberal markets and the rise of the far right, most recently of far right political forces in the Germany and Austria, but hardly limited to those cases as the alt-right and Trump in the US underscore. The success of xenophobic right-wing political forces today calls for the development of a socialist praxis fit for this perilous political moment. Taking this seriously requires that we address the inroads of the far right into working class constituencies that were bastions of trade unionism for much of the 20th century, and traditionally voted heavily not only for New Deal Democrats, or Labour and Social Democratic parties on the centre-left but even, as in France, for Communist parties.

John Kannankulam teaches political science at the University of Marburg in Germany, with a focus on the political economy of European integration. He has worked on Marxist state theories, particularly Poulantzas, and was involved in a reserach project on the EU as a state-project, looking at migration policies in Spain, the UK and Germany. He was DAAD visting professor at York in 2013. His recent books include: Reading Poulantzas. On the Contemporary Relevance of Marxist State Theory (2011) and Autoritärer Etatismus im Neoliberalismus (2008).

Stefan Kipfer teaches in the Faculty of Environmental Studies at York University. Over the last several years, Kipfer has been visiting professor at several universities in Paris. Kipfer is currently working on authoritarian populism and the problematic of anti-fascism in France. He has published extensively on marxist and anti-colonial intellectual traditions, urban theory and comparative urban politics in Toronto, Zurich, and Paris. Recent books include: Space, Difference, Everyday Life: Reading Henri Lefebvre (2008); and Gramsci: Space, Nature, Politics (2013).