UK Launch of The Socialist Register 2021: Beyond Digital Capitalism 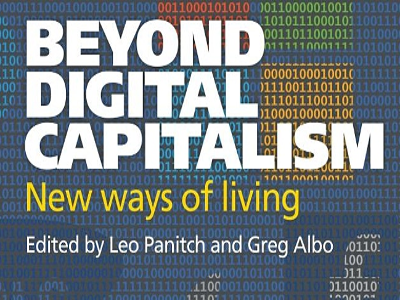 As digital technology became integral to the capitalist market dystopia of the first decades of the 21st century, it not only refashioned our ways of communicating but of working and consuming, indeed ways of living. Even as the COVID-19 pandemic revealed not only the lack of investment, planning and preparation that underlay the scandalous slowness of the responses by states around the world, but also grotesque class and racial inequalities as it coursed its way through the population, the owners of high-tech corporations were enriched by tens of billions of dollars. Rejecting both technological determinism and facile ‘cyber-utopian’ thinking, the 57th annual volume of the Socialist Register addresses how to imagine, struggle for, and plan for, new democratic socialist ways of living after the pandemic.