From Piazzas to Parkas: On Italians Becoming Canadians 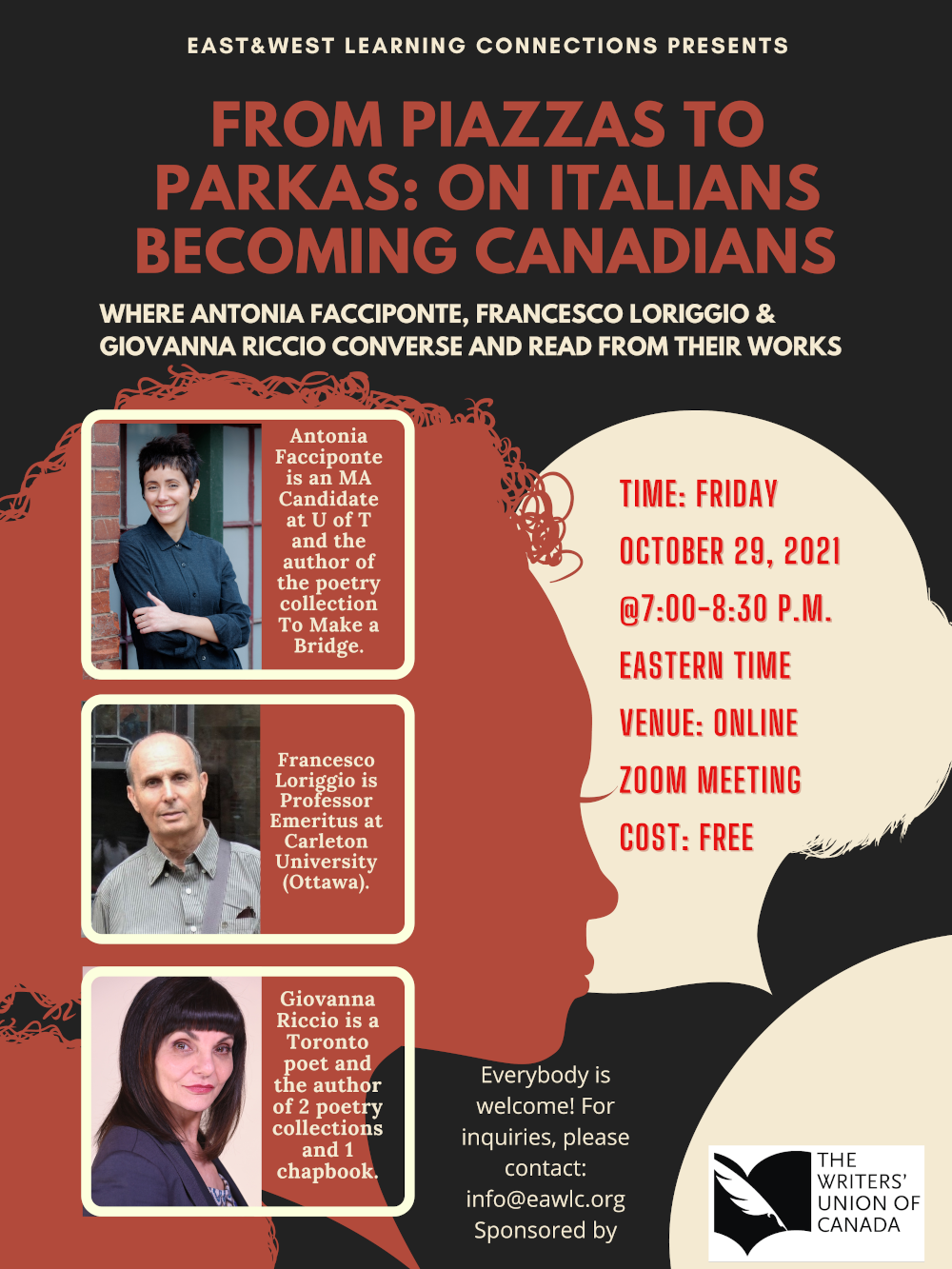 In collaboration with the Writers’ Union of Canada, East and West Learning Connections are thrilled to have three Italian-Canadian writers as guest speakers to discuss their stories of immigration. Woven into their stories will be the personal, social, historical, and political factors that influence how an Italian immigrant may “become” Canadian and what “being Canadian” means for the various generations.

Generations of immigrants to Canada have multi-faceted experiences. The discussion will hit on issues such as tensions and conflicts with the dominant Anglo-Canadian or Quebecois culture, discrimination, and negative and positive stereotyping of Italian-Canadians. Among Canadian immigrants, generational tensions cannot be avoided and our guests will consider conflict between first generation parents and children: how second and third generation Italian-Canadians differ from the former and how the latter connect to and express their Italian heritage. As writers, they will read briefly from their works and also share ideas on how authors express their heritage and why language and labels matter.

Everyone is welcome to this fascinating panel discussion. Bring your own questions, and have a dialogue with our guests!