From Neoliberal Fashion to New Ways of Clothing 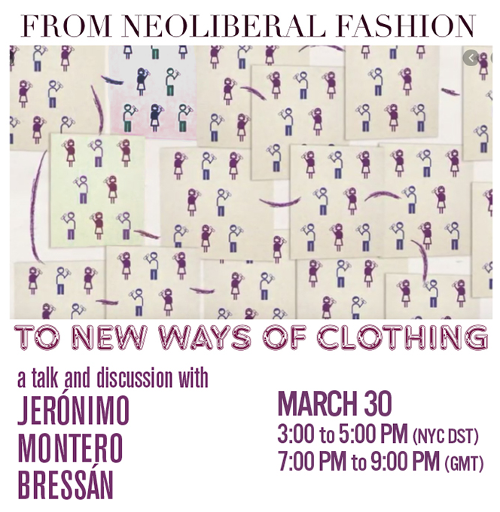 The past four decades have seen a tremendous transformation in how we clothe ourselves. The way clothes are produced, traded and sold today around the world reflects many of the problems today’s capitalism poses to the working classes, with deleterious consequences for the environment as well. Global supply chains, in which non-finished goods flow back and forth around the world so that brands and retailers can increase their profits, dominate the landscape of this industry.

Between 1995 and 2005, the liberalization of trade allowed garment companies to pit workers worldwide against each other, providing the former with enormous savings in labor costs. After the 2008 financial crisis, growing competition and problems in the sphere of realization forced companies to continuously expand their marketing, notably by incorporating expensive digital technologies, while on the manufacturing side, costs were squeezed to the limit. In core countries, deregulation of labor markets through neoliberalization allowed manufacturers not only to employ low-wage labor in far-away countries, but to subcontract production to “local sweatshops,” which often employ migrants in situations of debt-peonage, forced labor, etc. in proximity to end markets, so that fast fashion retailers and brands can replenish their stores quickly and cheaply. In arguing that the fashion industry is increasingly unsustainable, economically and ecologically, Jerónimo Montero Bressán invites us to imagine a different way to organise production, distribution and consumption of clothing, starting from a brief series of strategic directions.

JERÓNIMO MONTERO BRESSÁN is a researcher with the National Scientific and Technical Research Council (CONICET) in Argentina.