Europe in a Vortex of Crisis 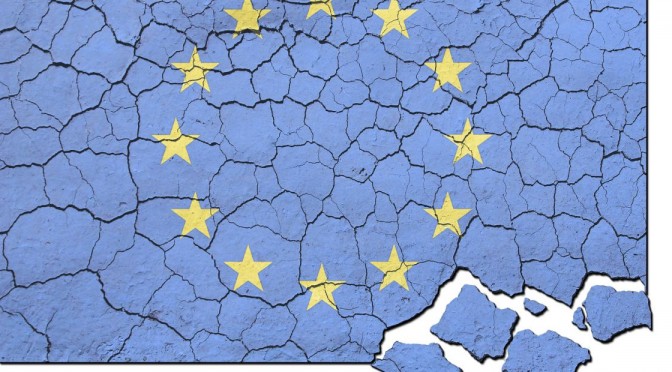 Europe in a Vortex of Crisis: Authoritarian neoliberalism, the advance of the far right, and dilemmas for the left

More than a decade after the global financial meltdown, Europe is in the midst of a series of crises that is even difficult to enumerate: the rise of far right and fascist forces; the inequalities and welfare state cuts from unending austerity; migration flows without a strategy for integration with numerous states in violation with the EU’s own policies; tariff wars with the US; severe internal current account imbalances; an incoherence of the EU’s macroeconomic policies; and a list that could easily be extended. Macron’s neoliberal onslaught in France is vividly illustrative of the evacuation of the space of the centre-left for policies congruent with a hardening of the right. Hungary, Italy and Germany are emblematic of the different forms of far-right advance across Europe. The social forces gathering on the right are, of course, being aided by the politics of Trump in the US and the authoritarian governance of Xi in China. It hardly needs saying that Canada is being deeply impacted by all these developments. And as in Europe, this raises the question, “Whither the Left?”, not as a stale question of the tactics of existing political parties and electoral alliances, but in the ways that a new left is forming new strategies, alliances, struggles and exploring new organizational forms.

Stefan Kipfer teaches and researches urban politics and social theory in the Faculty of Environmental Studies, York University. One of his research projects focuses on the meanings and prospects of anti-fascism.

Nathan Rao is a translator and writer from Toronto. He has been living in Paris since 2012, where he is a supporter of the NPA (New Anti-Capitalist Party).

Parastou Saberi is currently a postdoctoral researcher at the Brussels Centre for Urban Studies at Vrije Universiteit Brussel (2017-2020). Her research focuses on area-based urban policy targeting ‘immigrant neighbourhoods’ in Western cities, and the national and supra-national (EU) security strategies of radicalization prevention in Europe.