Mexico’s Left Turn: Mexico’s Election and Beyond in the Trump Era 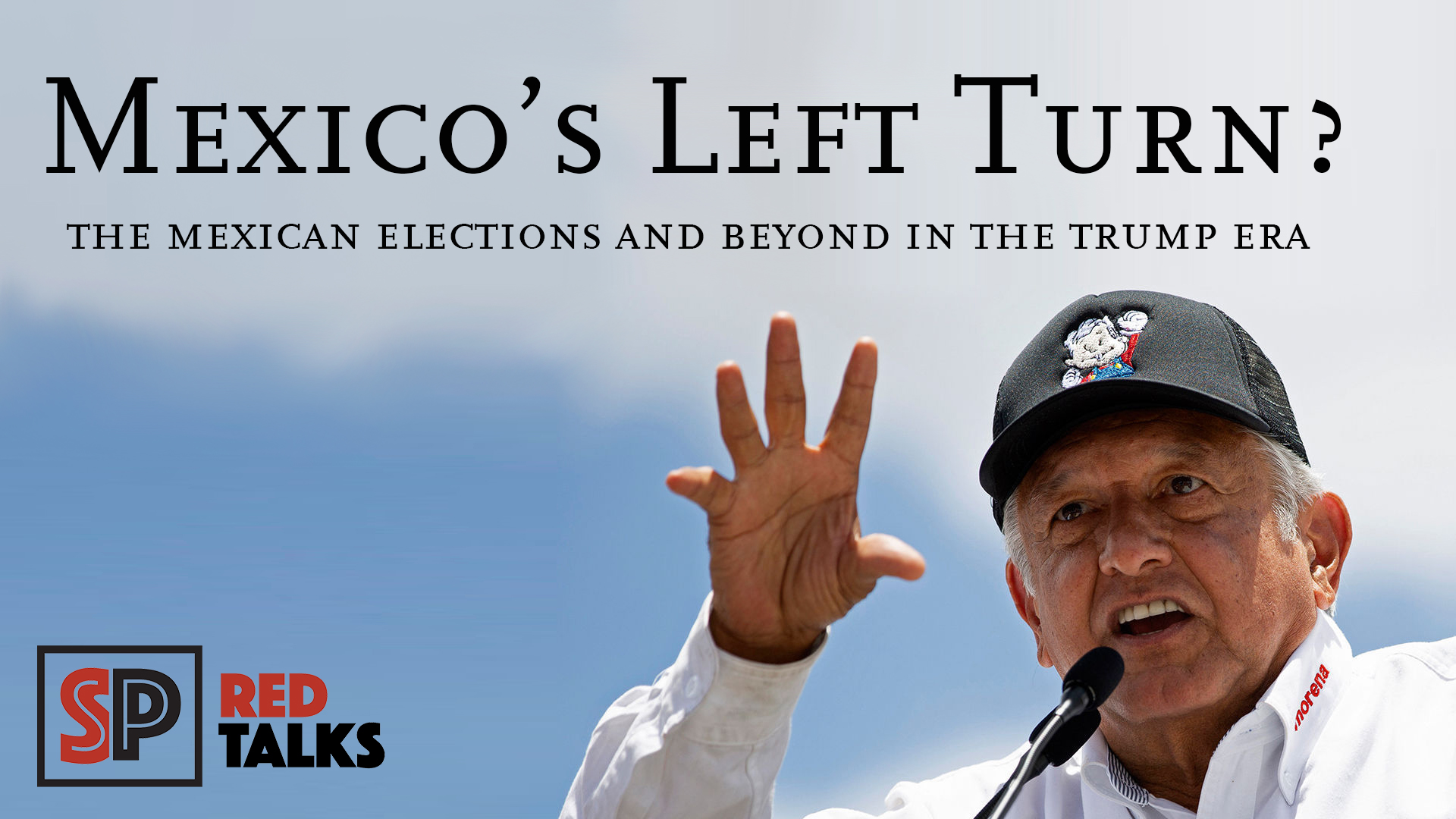 Despite fierce opposition from big business and the media, Andrés Manuel López Obrador is likely to be elected President of México on July 1 and win majorities in both houses of Congress. How did this rejection of the major parties come about? Is he a “leftist,” or “populist” as widely purported in the North American press? What kind of change can be expected? How might this affect the future of NAFTA and the immigration crisis? What obstacles will the new government face? Join the SP and friends for a RedTalks on these questions featuring: Tania Herndandez, Colin Mooers, Richard Roman and Anna Zalik.

Tania Hernandez has been involved throughout her life in women and youth human rights organisations in Mexico and human rights campaigns in Canada against violence in Mexico. She has a doctoral degree from York University and is affiliated with CERLAC (Centre for Research on Latin America and the Caribbean) at York University.

Colin Mooers is co-founder and co-host of MexElects (mexelects.com). He is a professor of Politics at Ryerson University and has published a number of books as well as many articles, including Imperial Subjects: Citizenship in an Age of Crisis and Empire (Bloomsbury, 2014); The New Imperialists: Ideologies of Empire (Oneworld, 2006); Restructuring and Resistance (Fernwood, 2000) and The Making of Bourgeois Europe (Verso, 1991).

Anna Zalik is a professor in the Faculty of Environmental Studies at York University and a leading scholar on extractive industries and resistance in Canada, Mexico, and Nigeria. Her many articles and chapters include: “Rethinking the Extractive/Productive Binary under Neoliberalism”; “Wealth and Oil, No Change There”; “Displacement and Denationalization”: “The Mexican Gulf 75 Years after the Expropriation”; “Marketing and Militarizing Elections? Social Protest, Extractive Security, and the De/Legitimation of Civilian Transition in Nigeria and Mexico.”

Childcare for this event is available upon request. Please contact info@socialistproject.ca.